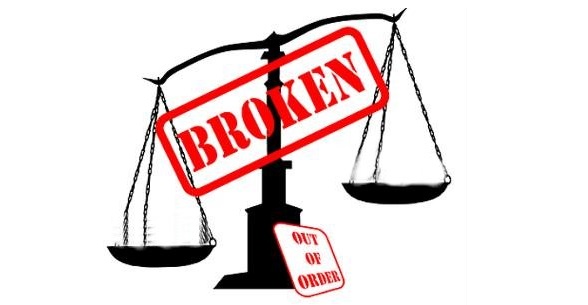 The recent, very disappointing decision from the 11th Circuit Court of Appeals in the Garcia case highlights once again the problem of trying to deal with scientology in the courts: they understand too well how to game the system. The old adage that when the facts are not on your side, argue the law is page 2 of the scientology playbook. Page one is: baffle them with bullshit disguised as “religious practices.”

Legal decisions are based on precedent:

Precedent refers to a court decision that is considered as authority for deciding subsequent cases involving identical or similar facts, or similar legal issues. … If the facts or issues of a case differ from those in a previous case, the previous case cannot be precedent.

Scientology got a double-whammy when they convinced two of the three Appellate Court Justices (Chief William Pryor, a Bush appointee and Robert Luck a Trump appointee) to follow them down the rabbit hole of precedent in this case, while essentially ignoring the facts. I have previously commented about my concerns with conservative judges — Religious Protections Run Amok— sadly this decision confirms those fears.

The precedent double-whammy is:

1) courts generally have favored arbitration and

2) courts don’t involve themselves in matters of religion.

Both are understandable. But in this case resulted in a terrible decision that will go a long way to denying anyone recourse for anything scientology ever does.

It is natural for overworked courts to strongly favor cases being resolved through arbitration. Typically such arbitrations are conducted by retired judges and follow many of the same rules as you find in a court room, but they are faster and more efficient. Courts are extremely reticent to undermine arbitration agreements as it would open the door to everyone who feels they didn’t get what they wanted out of arbitration demanding courts take up their grievance, defeating the point of arbitration. But here, Scientology hoodwinked the system by simply using the word “arbitration” when they had no such thing. Apparently it is easy for judges to simply buy into the idea that because they use the word arbitration, there is some semblance of validity to it.

This plays right into the second prong of the double-whammy. Courts are not supposed to insert themselves into religious disputes due to the constitutional separation of church and state. Scientology knows this full well and plays the religion card hard and often. Somehow they manage to convince judges (and two out of three justices on this Appellate Court panel) that they have the right to demand that a court enforce their contracts (Enrollment Agreements), yet the court is forbidden from passing judgment on the details of the contract (ie whether what they claim is “arbitration” is in fact fair) because everything is dictated by “religious procedure” — simply because they call it “religious arbitration.”

In normal circumstances, their decision would be understandable. But applying precedents from REAL arbitration cases and using the principles of law based on REAL religions is inappropriate here. Why shouldn’t they simply follow precedent? When this case was filed there had NEVER been a scientology “religious arbitration.” Not one. It was just a made up term. Scientology could offer nothing ads to how such a thing would be done and eventually asserted it would be conducted under the rules of a Committee of Evidence. Every scientologist on earth knows that is NOT an “arbitration.” (See my earlier posts on this: A Scientology Committee of Evidence is NOT Arbitration, Concerning Scientology “Religious Arbitration”, Shameful Scientology “Religious Arbitration” Destroying Justice)

The correct approach here was to do what Justice Robin Stacie Rosenbaum (Obama appointee) did. Look at the FACTS.

In the underlying proceedings there had been specific FINDINGS OF FACT by Judge Whittemore. The findings of fact are NOT open to review.

An appellate court does not reweigh evidence, resolve factual disputes, or make credibility determinations because appellate judges do not have the benefit of observing the presentation of evidence at trial.

Rosenbaum took the time to note the facts that had been established in the court. Those facts led him to the inevitable, entirely rational conclusion that not only was there no arbitration procedure that anyone who had signed the agreement could reasonably understand, but that scientology just made it up as they went along. He gives a wonderful analogy to the rules of a football game derives from “Scientology principles.”

Below are some of the most relevant sections from Justice Rosenbaum’s dissent. The emphasis is mine. (You can find the entire Rosenbaum Dissent here)

You can’t make up the rules as you go along. It’s a basic concept of fairness, and it’s one that applies to arbitration as well. No wonder. If a party to the arbitration can create the rules governing the arbitration as the arbitration progresses, it enjoys an insurmountable advantage that effectively guarantees its victory. That’s not an arbitration; it’s just plain arbitrary. And a federal court should not be a rubber stamp for the kind of inherently unfair, anything-the-arbitration-contract-drafting-party-wants-goes “arbitration” that necessarily occurs when the agreement-drafting party can subject the other party to whatever rules it desires—even changing the rules—as the arbitration unfolds.

… at the time the arbitration agreements were entered, the Church of Scientology had “binding religious arbitration procedures.” But following an evidentiary hearing, the district concluded that, in fact, it did not.

In response to the Church’s assertion that its Committee on Evidence provides the rules and procedures governing arbitration, the district court determined that the Church “failed to present any convincing evidence supporting [this] constrained contention.” Among other reasons why the court found that to be the case, the court noted that

(1) “the arbitration agreements make no reference to the Committee on Evidence”;

(2) “the word ‘arbitration’ cannot be found in the Committee on Evidence or in L. Ron Hubbard’s book”; and

And as for the IJC’s testimony that he “made a prior determination that the Committee on Evidence applies to Scientology arbitration . . . five to ten years before,” the district court found the IJC’s “testimony was not credible.” Even the Church’s counsel implicitly conceded that the Church lacked existing rules of procedure. In fact, he advised the Garcias’ attorney in writing before the arbitration that “[t]he conduct of the religious arbitration will be decided by the IJC at the appropriate time during the arbitration.”

….saying an arbitration will be “conducted in accordance with Scientology principles” is a lot like saying a football game will be played in accordance with Scientology principles or principles of any other religion, such as Christianity, for example. What does that mean? Will it be tackle, touch, flag, or something else? Will there be eleven people on a team? Will there be four downs? Will the teams have to pick up ten yards within those four downs to receive another four downs? Will the field be 100 yards long? Will holding qualify for a penalty? How about clipping? False starts? And if so, what will those penalties be? Will there be touchdowns, field goals, extra points, safeties, and two-point conversions? If so, how much will each count? And so on. Religious principles are no more meaningful in identifying the form and procedure of arbitration than they are in establishing the form and procedure of a football game. Will the parties be permitted attorneys? Will they be allowed to put on evidence? Cross examine witnesses? Make statements themselves? Present argument? For those matters, will the parties even be allowed to be present for the arbitration, or will it be determined on submissions? The fact is, a vague statement that arbitration will be “conducted in accordance with Scientology principles” answers none of these or any other procedural or format questions.

I only hope that other judges recognize what has happened. Scientology has pulled the wool over too many judicial eyes. Common sense and fairness has been trumped by legal and religious double-speak.

Justice Rosenbaum wasn’t fooled. Too many others are. Let’s hope some take note for the future.