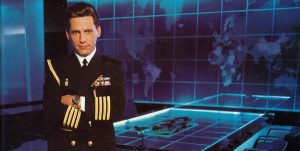 It would appear a moment of reckoning is upon the COB. For years he has managed to avoid being served in any suit that has named him. Last night, the plaintiff's lawyers in the Baxter/Paris case filed a motion to have the court find that Miscavige has been avoiding service and should be held in default. He has been able to get away with his shenanigans for years, but I suspect the time for playing games with the court system is over (at least in this case). At the hearing last month, Judge Barber was not impressed with even the concept of this circus. When he reads the lengths … END_OF_DOCUMENT_TOKEN_TO_BE_REPLACED 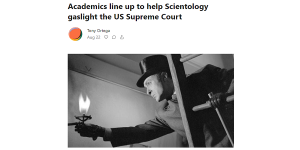 Tony Ortega wrote this piece recently, covering the scientology petition to the US Supreme Court in the Masterson civil case claiming their "First Amendment rights" are under attack because the California Appellate court ruled that its "arbitration" contracts are invalid when they commit torts against someone who is no longer part of their organization. I have warned previously about the problem with conservative judges Religious Protections Run Amok and Scientology "Arbitration": They make up the rules as they go along Once again, this problem arises. Two amicus briefs were … END_OF_DOCUMENT_TOKEN_TO_BE_REPLACED 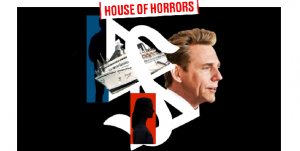 This is an excellent piece in the Daily Beast from Kate Briquelet and old friend Marlow Stern. It's a story that needs far more coverage. And as this case progresses, I hope that will be the case. The Amended Complaint details the Fair Game tactics being employed against the plaintiffs, as well as the strenuous efforts by Miscavige to evade service. Nothing unexpected, but it is good to see it detailed in a legal filing. Media feel protected when they report on documents filed in court. Since the days when Hubbard was trying to avoid being served in lawsuits, there have been strict … END_OF_DOCUMENT_TOKEN_TO_BE_REPLACED 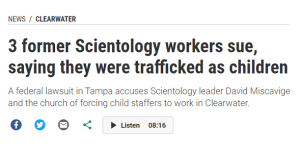 You have probably seen by now the news that 3 former children of the Sea Org filed a lawsuit today. Tracey McManus article in the Tampa Bay Times.   Ben Schneiders article in the Sydney Morning Herald This is a copy of the filed Complaint Three powerful law firms are bringing this case, all have experience in big, hard-fought litigation. The complaint goes into extensive detail about what happened to these victims, and also how scientology is organized and operated. The allegations are horrendous -- but are not new and similar things have been stated by many others. … END_OF_DOCUMENT_TOKEN_TO_BE_REPLACED 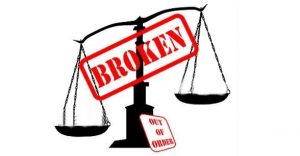 The recent, very disappointing decision from the 11th Circuit Court of Appeals in the Garcia case highlights once again the problem of trying to deal with scientology in the courts: they understand too well how to game the system. The old adage that when the facts are not on your side, argue the law is page 2 of the scientology playbook. Page one is: baffle them with bullshit disguised as "religious practices." Legal decisions are based on precedent: Precedent refers to a court decision that is considered as authority for deciding subsequent cases involving identical or similar … END_OF_DOCUMENT_TOKEN_TO_BE_REPLACED 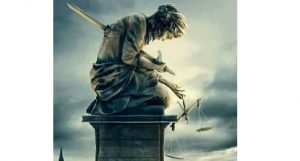 Anyone who paid attention to the Masterson case Preliminary Hearing last week got a glimpse of the triggering experience of recounting a rape for the victims. After hearing their testimony, Judge Olmedo ordered that Danny Masterson to stand trial for rape. The role of scientology in the matter was not lost on her. Which makes the order of Judge Kleifield in the civil court virtually next door even more egregious. The same women who testified as victims in the criminal case are also plaintiffs in a civil suit. Their civil case was filed before the criminal charges were announced, when … END_OF_DOCUMENT_TOKEN_TO_BE_REPLACED

Alex Gibney has done it again. This is a disturbing, powerful documentary that everyone in the country should watch. It details how the opioid epidemic was manufactured out of the greed of the pharmaceutical industry (all the way down to CVS). It is truly a horrifying expose.   But for scientology-watchers there is a special reason for giving this a look. It shows how those with money to burn are able to buy influence over law enforcement and legislators. It is grotesque, and it is exactly what scientology has done to head off investigations in the … END_OF_DOCUMENT_TOKEN_TO_BE_REPLACED

These are submissions to the House Judiciary Committee from rape victim Chrissie Carnell-Bixler and abuse victim Valeria Haney. As any readers of this blog know, the fight for justice for the victims of Danny Masterson has been long and painful. He finally confronts the criminal justice system, but the victims also filed civil suits before the criminal charges were finally brought. Scientology has managed to convince judge Steven Kleifield in this case (and Judge Burdge in the Valerie Haney case) that the victims are forbidden to have their day in court, but instead must undergo a … END_OF_DOCUMENT_TOKEN_TO_BE_REPLACED 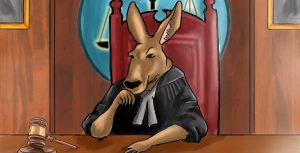 Anyone who regularly reads this blog will know that I have been scathing in my criticism of recent court rulings concerning the supposed scientology "religious arbitration" agreements that courts have enforced to prevent plaintiffs from pursuing legal recourse against scientology entities. See earlier articles: Scientology "Religious Arbitration" -- Giving Kangaroo Courts a Bad Name and this one: Concerning Scientology "Religious Arbitration." Now comes an article from the Reason.com website which is rather more scholarly than my layman's analysis. A leading expert on religious arbitration … END_OF_DOCUMENT_TOKEN_TO_BE_REPLACED

Recently, one of the OSA bots on Twitter announced that the Judge in the Masterson civil case had "found me to be a liar" in the case "I lost." This is their twisted interpretation of the following statement by Judge Steven Kliefield in his ruling that the Masterson plaintiffs must submit to religious "arbitration," (see Tony Ortega's site for the full order): Defendants argue the Court should disregard the March 6, 2020 declaration because Rinder is biased, dedicated to falsely attacking the Church and has no foundation for much of his testimony. CSI and CCI also make specific objections … END_OF_DOCUMENT_TOKEN_TO_BE_REPLACED