There is no new podcast this week due to the Labor Day holiday. I thought it worth listing all the diverse list of podcast guests and topics we have done so far. There are more to come. If there are any episodes you have missed, you can find them here with links and give them a listen. It's been quite a ride. It continues. We appreciate all the support of our faithful listeners and those who have sent in questions for the popular "Listener Question" episodes. You can also find all the episodes and the supporting documents for each at fairgamepodcast.com which also includes a … END_OF_DOCUMENT_TOKEN_TO_BE_REPLACED 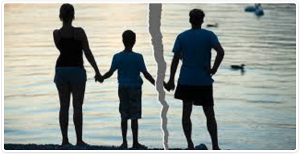 This week we talk to a couple who experienced scientology ethics and disconnection policies up close and personal. Katherine is the sister of William Kilmartin. William was previously married to Leah's sister Shannon. When Leah and her family left scientology, William refused to disconnect, as a result his scientology family members all disconnected from him, including his sisters and parents. William was then officially adopted into Leah's family and is now Leah's adopted brother. It's a bit unusual and sort of  complicated so I wanted to make sure it was clear up front here. After … END_OF_DOCUMENT_TOKEN_TO_BE_REPLACED