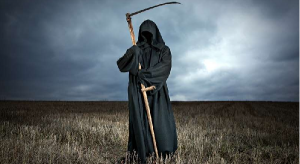 A couple of days ago, Tony Ortega posted a lengthy "success story" from a woman who had recently completed "Super Power." Of course, it was over-the-top bizarre, but one paragraph stood out: While on the rundown two major SPs (2.5 percent) connected to my dynamics received their bitter end. One died in an unexpected way, and the other got put in a psychiatric hospital by his best friend. This filled me with the glory of justice. I doubt there is a more clear-cut example of the callous disregard for human life into which scientologists are inculcated than this. Many former scientologists, … END_OF_DOCUMENT_TOKEN_TO_BE_REPLACED 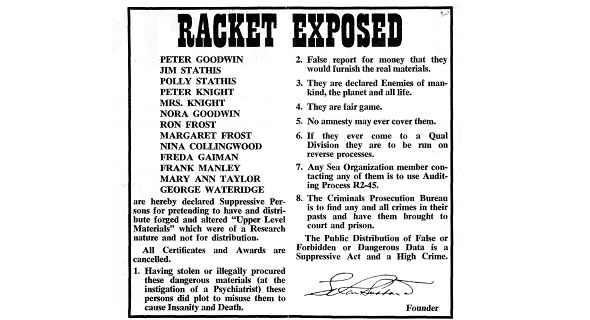 See my announcement on Friday -- I am revisiting earlier posts during my vacation. Each day there will be a different one. A Special Correspondent sent this to me and it is an interesting study for a couple of reasons. First -- you can see the contempt LRH had for The Auditor being "damagingly commercial" and  "putting emphasis on speed through courses." How do you think he would view the current scene in scientology? The statements made in this Auditor are positively pathetic compared to what is said today about the "speed up the Bridge" and with GAT II ESPECIALLY focused on the … END_OF_DOCUMENT_TOKEN_TO_BE_REPLACED

New episode #FairGamePodcast now available. @LeahRemini and I cover some of the facts about L. Ron Hubbard with the OG of Truth @atack_jon. What a scamster old Hubbard was…
https://www.mikerindersblog.org/

“IIG should rename the company dumb, dumber, and dumbest. These are the worst PIs in the world. These guys were actually trying not to be seen, and I saw them,” Leah Remini says https://trib.al/hjFp4DB

Great piece. #scientology spends millions of tax free dollars to harass and intimidate those they determine are enemies for speaking the truth about them. It's been their practice for 50 years and will not end until outside forces make them stop. @IRS_CI @FBI @TheJusticeDept

EXCLUSIVE: Over at @thedailybeast another #Scientology bombshell — @LeahRemini reacts to texts obtained from a private eye who was stalking her and @JLo during filming in Manhattan:
https://www.thedailybeast.com/texts-reveal-how-the-church-of-scientology-shadowed-leah-remini-and-jennifer-lopez And at our own website, the complete PI's texts! https://tonyortega.org/2021/06/17/private-investigators-stalking-leah-remini-and-jennifer-lopez-the-complete-texts/

Been loving @LeahRemini and @MikeRinder podcast on Scientology. Leah is the spirit animal I need. Her being pissed of about PPP loans Scientology got in the first episode is a mood.