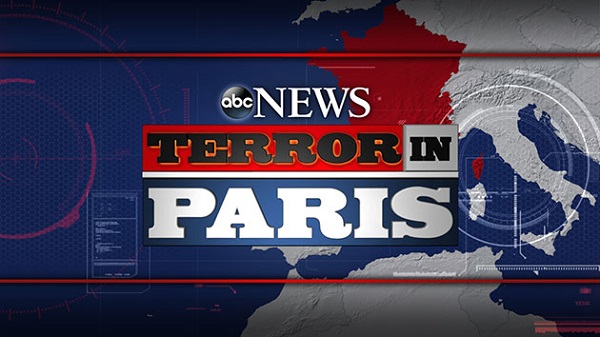 Scientology is busily engaged in one of their favorite pass-times.

Using a tragedy to squeeze money out of people. And you can bet the below example is just one of many pitches being made. The IAS is no doubt having a great week.

As I commented earlier today, the scientology fundraisers motto is: The best type of fundraising event is a front-page-headline tragedy.

Here are a few facts:

Now, let’s take a closer look at what this pitch is actually asking for. 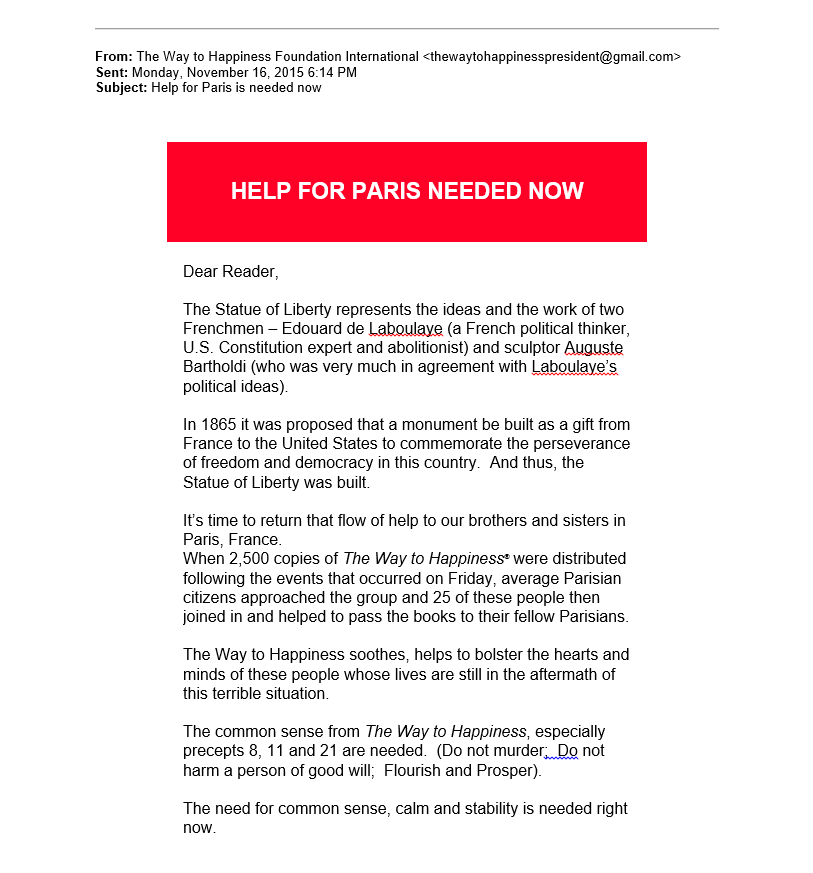 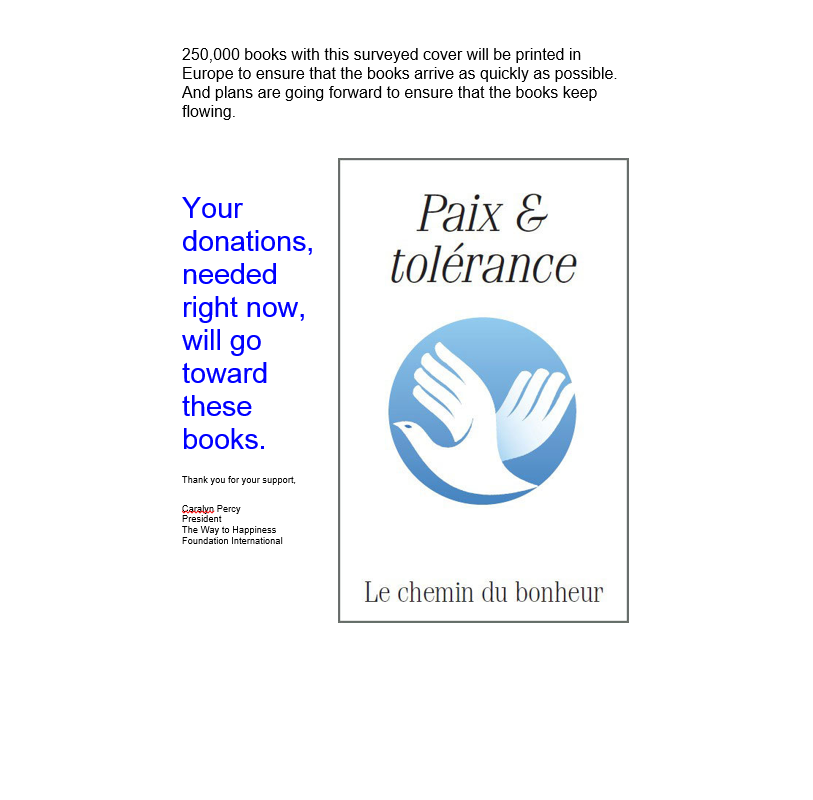 The corny Statue of Liberty intro has nothing to do with the price of fish.

She then talks about how the booklets “soothes” and “helps bolster the hearts and minds”  of “these people whose  lives are still in the aftermath of this terrible situation.”

Then she points out how the “common sense” of the WTH is needed, especially “Do Not Murder” and “Do Not Harm A Person Of Goodwill.”

Is this woman mad? She thinks the VICTIMS need to be reminded “not to murder” and “not to harm people of goodwill.” Maybe she should add a precept, “Do Not Get Yourself Shot” — that should help them too.

Does she actually think that preaching to the people of Paris to live good lives is going to solve the problem of terrorism?

Caralyn, here is a clue for you.

The terrorists are not being bred in France.

Why isn’t your booklet distribution being planned for the source of the problem in the Middle East?

Because you know it would be a total failure and people would see these booklet handouts do nothing. They are NOT going to change the minds of mass-murderers. And advice to their victims about eating well and keeping their teeth clean just isn’t in the ballpark, or even zipcode, or in this case, country.

So, it’s easier to just toss off any old pitch. As long as you make it sound like you are “applying LRH tech” to handle a situation, it MUST be the right thing to do.

The sad part is that she will probably collect a lot of money. Most of it will be wasted. Some booklets will be printed. They may even be handed out. And if they don’t end up in the trash can or gutter, they will be addressing entirely the wrong public. But who cares, stats will be up this week, and they are probably hoping for a bigger disaster next week so their stats can be up again peddling WTH to solve the next typhoon to hit the Philippines.