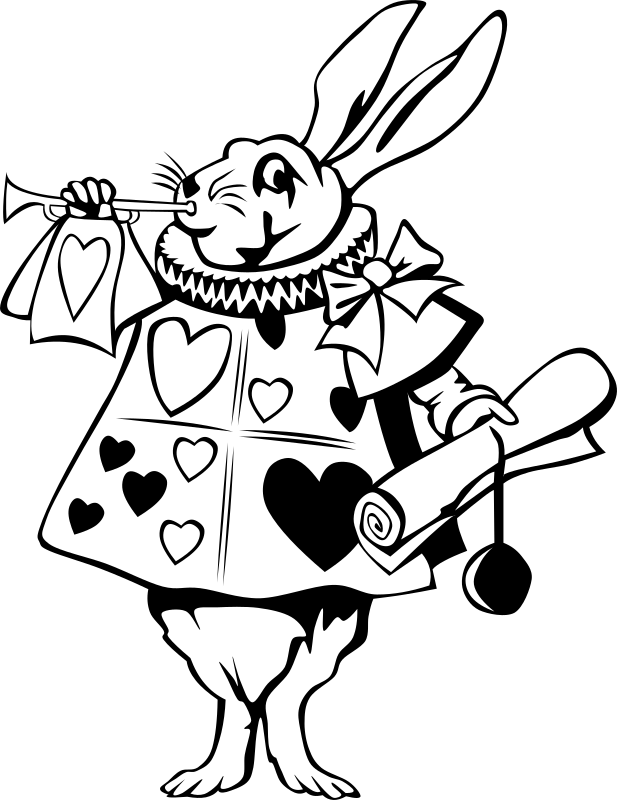 This is the third installment of the account of a journey into and out of scientology — written by one of our long-term readers. I hope you enjoy her insights, humor and style.

This is my quirky recollection of events. Others may remember things differently. Lingo is italicized on the first mention, capitalized after that. I’ve compressed complexities in the cult to simplify your reading pleasure.

The Carrot and the Whip: Scientology Betterment Scheduling and the Ethics Officer

When I first bought my Communication Course, it was referred to as an Enhancement and Betterment activity. I was required to establish my Communication Course schedule ahead of the coming week’s start of course and not deviate from it on pain of death. Or the equivalent. No newbie wanted to be sent to Ethics. The Ethics Officer and the ominous closed door into the inner sanctum of blame and punishment was a rumor that kept my tail pinched firmly between my legs in an effort to avoid a trip through that door.

Unfortunately, I skipped a scheduled Course Time because Summer ate something she shouldn’t have. I didn’t call down to the Scientology Center and tell them I couldn’t attend. It was a fucking emergency. They called the rental and left multiple messages for me while I sat on a hard plastic chair, regretting my oversight in planning my layers. I shivered and worried about Summer back in the bowels of the Vet Clinic. I wondered how much this would cost. I mentally cursed my super healthy mung-bean-sprout eating roommates and wondered which one secretly binged on chocolate and cursed them further for doing such a shit job at hiding their secret shame. Summer survived. Seventy-five dollars poorer, I took her listless, floppy body in my arms, laid her on the passenger seat of my VW Bug and drove her home with care.

The following evening, I showed up to do battle between proper Confront and irrational bodily twitches. I got a one-way ticket to the closed door of the Ethics Officer. My usual, shift blame, dodge attention, or pick-fights-method of getting out of being accountable for my being irresponsible, hit a brick wall. Excuses be damned. I still had to make up the time from my missed (and scheduled and agreed upon) Course Time slot and do Amends.

Amends, groan. It’s not enough to say, I’m sorry I didn’t call and tell you my dog almost died eating one of my roommate’s chocolate bars, so I couldn’t come to study last night. Saying I was distracted and driving with tears running down my face and how that could have ended so badly, also didn’t get me off the hook. Anyone else would have asked if Summer was okay. The Ethics Officer stared at me with that eyeballs-to-eyeballs Communication Course Drill-skill nailed to his very being. I looked away. I maybe cried. This terrifying person, who didn’t buy any of the shit I was shoveling, commanded fear and respect. I straightened my back, what could he do to me? Oh, he could make me read L Ron Hubbard’s words on making agreements and betrayal. My missing a scheduled Course Time and not calling first, was betrayal? Dang.

I had to write up times I’d failed to keep my word. Each instance had to be written in a Time, Form, (whatever the fuck that was) Place, and Event, (what I did,) format. Writing up the Event was kind anticlimactic after all the previous and useless informational drivel-y bits. I’d broken my word more times than an immortal vampire sucked the life out of some luckless victim. I figured three pages ought to do it. But, after three pages of nauseating detail about my untrustworthiness, I now had a new Personal Ruin to fix. People couldn’t count on me. Shit. I sucked. I’d broken my word way more than three pages worth, but I might just have to kill myself, if I dug any deeper. My resolve to make it to the Personal Integrity Course strengthened. I’d wade through leech-infested waters to find my Personal Integrity. And become a better person. I hoped.

I shoved the three hand-written pages across the yawning expanse of the Ethics Officer’s desk while looking at the ground. My puffy red eyes still burned. Pages swished, he breathed heavily, punctuated by a few sighs. I was dying inside, squirming in the uncomfortable metal chair, while he lounged in his fake leather executive chair. They must have gotten a batch discount. Everyone from the Executive Director down to the guy that fixed shit when it broke, had a massive fake wood veneer desk and swiveling, rocking, rolling, armed, puffy, throne chair to ensconce their junk-food eating derrieres in. My handwriting wasn’t that bad. Fer sure, this dude had never taken the Evelyn Wood Speed-Reading Course. Too bad. My back hurt from the slumping. I straightened up. Yeah, that felt better.

Somehow, I made it to the end of the interminable interview. Guess I was the only miscreant on his list that night. Per some L Ron Hubbard formula, I had to, Make Up for The Damage Done. I wasn’t sure if I was making up for the damage done to past people I’d let down, or just making up for missing a scheduled Course Time. I was beyond caring.

He assigned an Amends Project that would allow me to re-apply to join the group or some shit. I emptied waste baskets around the building, did some filing of letters and crap like that in the frigid room of a thousand filing cabinets. And I had to agree to come in for the three hours I’d missed on the following Sunday. Oh, that hurt. At the end of the night, I took my reddened from frostbite fingers and my sorry face back up to the Ethics Officer’s office and he said I was done. He told me to report back to the Course Supervisor, who by the way, didn’t ask why I missed the previous night’s course time. Did no one care about my dog?

I’d learned my lesson. It was easier to just show up sick, or partially maimed, than dodge a scheduled Course Time slot. This enforced discipline straightened my backbone and helped me develop better coping mechanisms for my urge to be impulsive. Take a walk and watch the sunset with the Drummer and meet his new friend? Nope, gotta go on Course, but could you take Summer? Feeling tired after helping in the organic garden at The Oakes? Too bad, gotta go on course.

I don’t resent this aspect of my ‘training.’ I’d have learned to schedule myself and do the necessary, if unpleasant tasks in my life, as I matured into an adult. But I morphed into the responsible-est-eighteen-year-old you ever saw. From a scheduling standpoint, at least. If I said, I’ll meet you at Hendry’s Beach at 10am, I’d actually be there on time. You wouldn’t, because you lacked my Scientology-backbone, you slacker.

The Student’s Guide to Acceptable Behavior or Cult Control 101

On top of the eighteenth-century concept of scheduling, there was a list of rules you had to agree to. It was their, Students Guide to Acceptable Behavior. Any violation of this Guide, was a one-way-ticket to Ethics. Groan. One of the things you had to agree to, was, no drugs. That was bad enough if you wanted to take a chill pill, you know, smoke a doobie, but for some Communication Course students, they had to ditch the hard-core funner stuff like cocaine and ecstasy. How do you do a Rave without ecstasy, some would ask. I wasn’t cool enough to get invited to a Rave. And ecstasy was on my no-fly list.

Then I found out that this no-drug policy was in force, from the moment you signed up for a Course, until you died or something. That’s because once you started, you were with us forever, kind of a deal. In other words, no doobie between the self-improvement courses. They wouldn’t take you back six months after the Communications Course, for your Personal Integrity Course, if you had ‘backslid’ to drugs.

Full disclosure, that’s bullshit. If you gave a big enough donation for some project around the building, that was your Amends. And you’d be good to go. But I didn’t understand the rules that the richer Scientology parishioners played by. In their parallel, and frequently ethically-unbalanced universe, their trip to the top of the Bridge to Total Freedom, was smoother than us po’ folk. What the hell is a Bridge-to-Total-Freedom you ask? My first exposure was seeing a big poster of a curvy idealized bridge, while emptying executive’s trash baskets on my first Amends Project. It was so big and so long it covered most of one wall. Must be important. It was colorful, with dreamy shafts of heaven light, overlaid with words like Communication Release, Freedom from Problems, going up to inscrutable acronyms like OT, with Roman numerals after it. It didn’t make any sense on casual viewing, but it was the step-by-step stairway to heaven, er, Scientology’s version of the steps you went through to gain total spiritual freedom.

Back to the Student’s Guide to Acceptable Behavior.  It was a good thing they didn’t show you that shit right off the bat. I probably would have found a better use for those fifty bills. Then there was the whole, no alcohol 24 hours before Course rule. Not that I was this big drinker, but if I had to put in a minimum of fifteen hours a week, in three-hour chunks, a Course Time on Saturday or Sunday was inevitable.

Parties, hereafter would be a very dull affair. There would be my old friends laughing at stuff that wasn’t funny, unless you ‘enhanced’ your perspective.  And I’d be the only un-enhanced one there and have my coat-of-improved-Responsibility on. It’d be like going to one of these parties with my granny. Only granny was me.

To wind the screw even tighter in the Student’s Guide to Acceptable Behavior, if you smelled pot while at a party, it was an Ethics Offence. Yeah, not going to get busted for that, twice. So, no parties. I was eighteen! But the kids at Scientology had parties. No-alcohol parties. Turns out they were like the parties at my first commune, Peace House in Isla Vista. Loud music, hours of dancing, and deep philosophical convos out on someone’s deck. They were actually, really fun. Soon I blew off my old friends and traded them in for my shiny new Scientology friends.

I got a bunch of house-cleaning jobs for five bucks an hour, four-hour minimum. If your house didn’t take four hours, because I was so freakin’ efficient, I still got my twenty bucks. I was a professional house cleaner now. Mom would be so proud. Actually, she was baffled. I wasn’t that neat as a kid, but she wasn’t complaining.

Us Communication Course newbies thought Scientology was some kind of science of the mind shit. No one was telling us what to think about God, the Goddess, Jesus, or any of his wandering disciples. Nope, just Training Drills, rules, ethical behavior, Scientology’s version of Responsibility, and no drugs. That’s where it seemed to be at. What could be wrong with that?