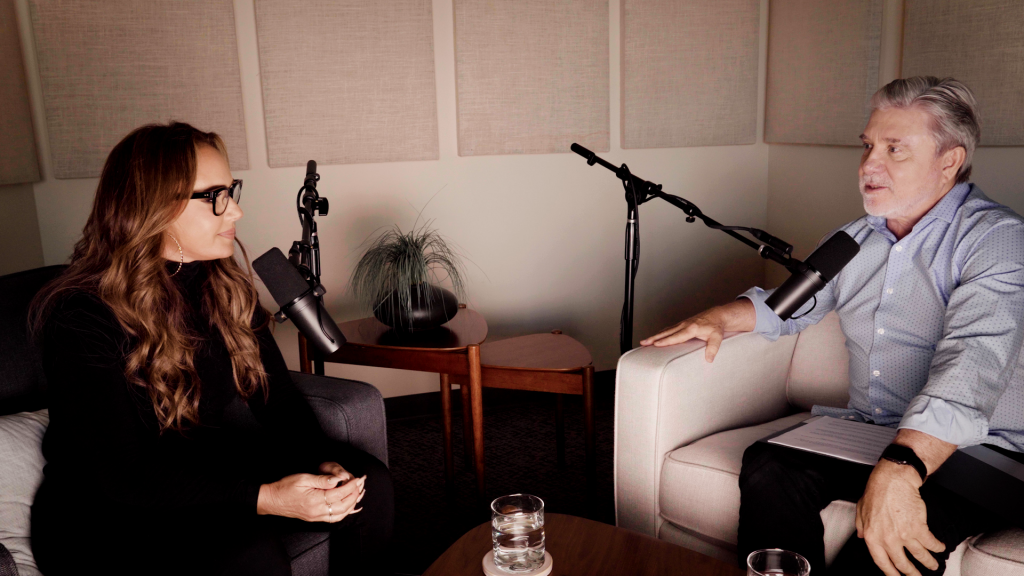 This is a special edition of Listener Questions. Leah and I recorded this when I was in LA recently. As usual, we cover a lot of ground from why any OT would wear glasses and a question about Tom Cruise’s bravery to High Crimes and the traits of an SP and even an answer that shocked Leah about something Hubbard claimed about himself.

This is a clip of the start of the episode:

You can listen to the full episode here:

We promised to include certain documents. They are below.

High Crimes: This is the list of scientology “High Crimes” (or Suppressive Acts) contained in the Introduction to Scientology Ethics book. 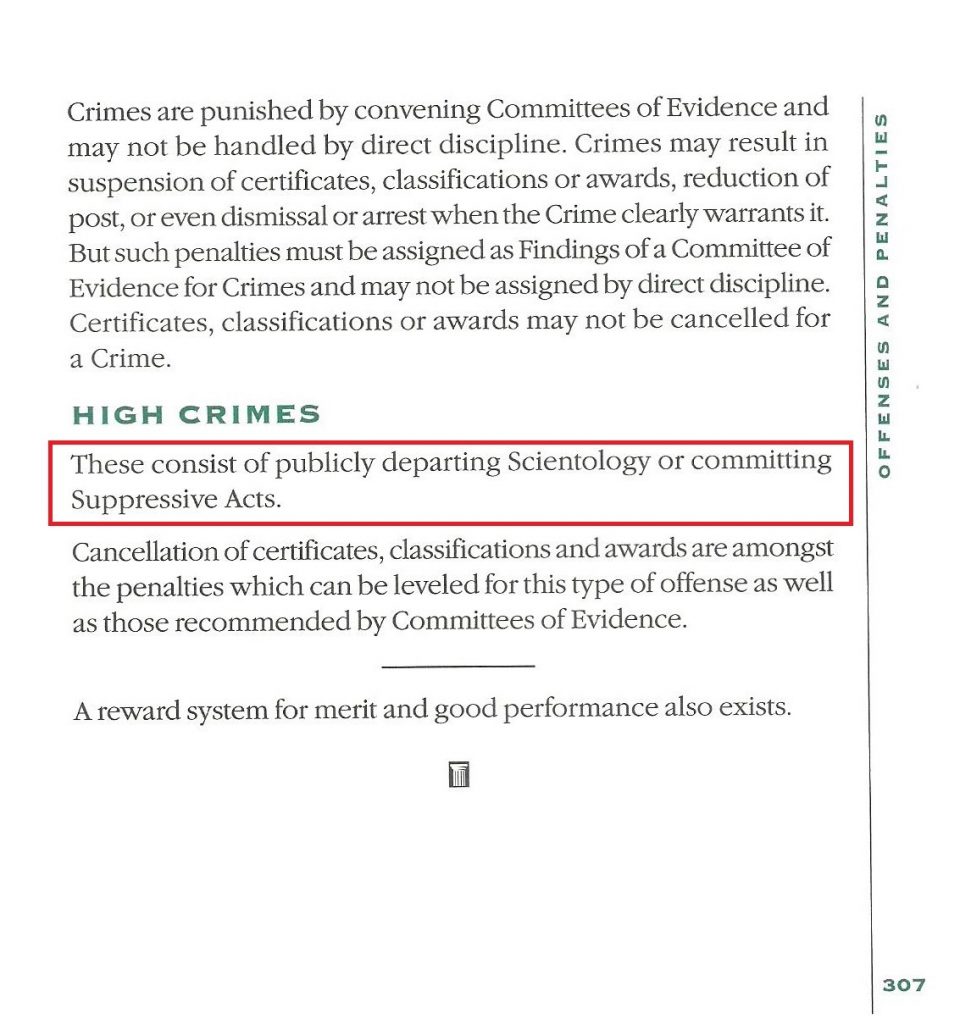 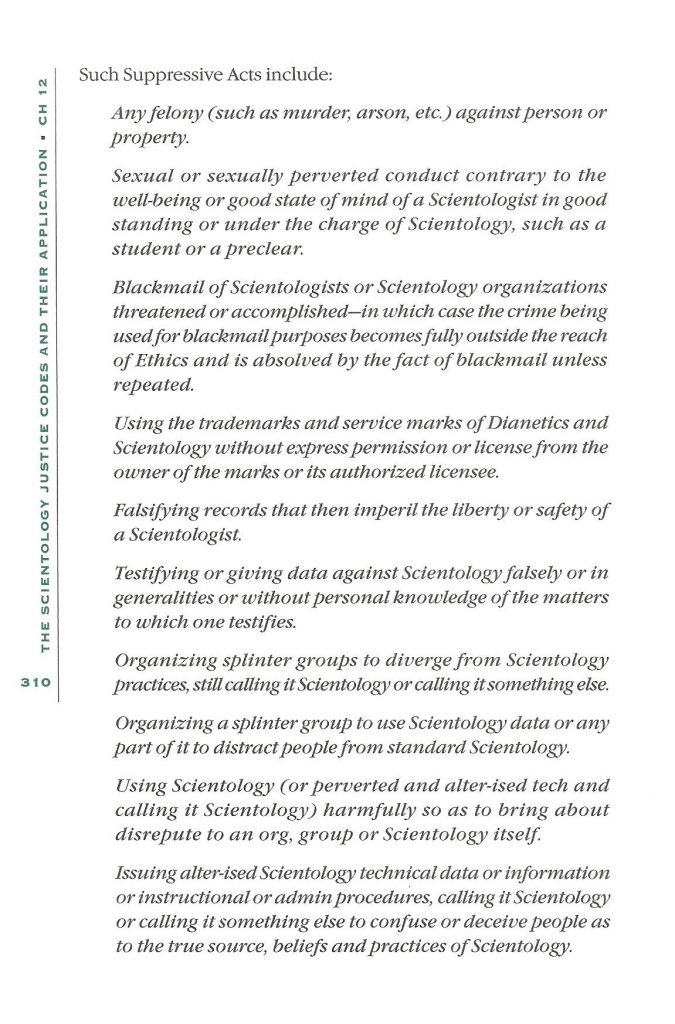 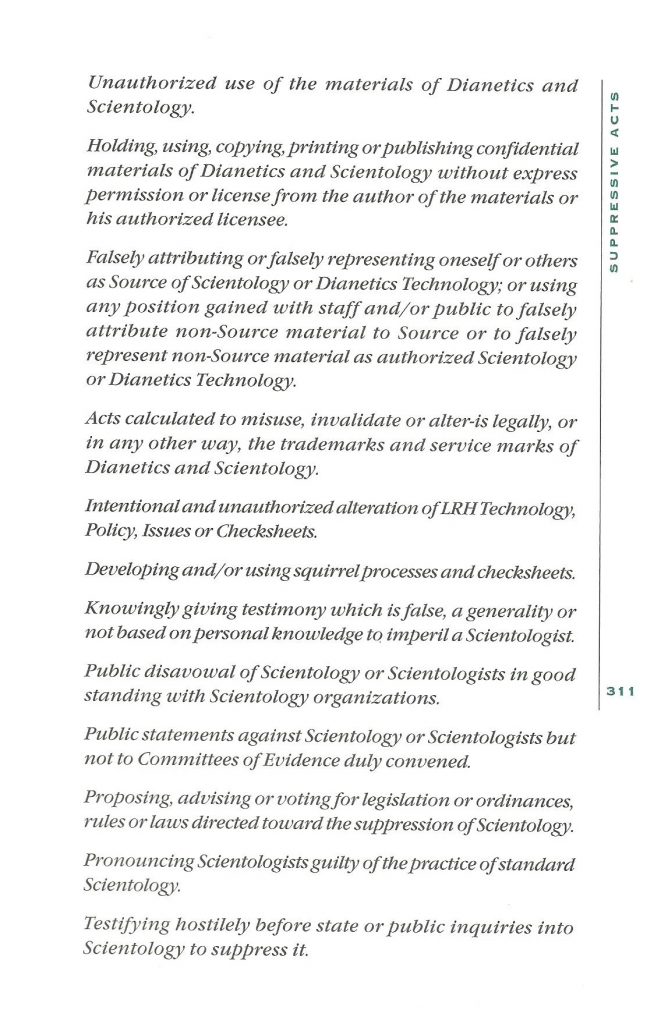 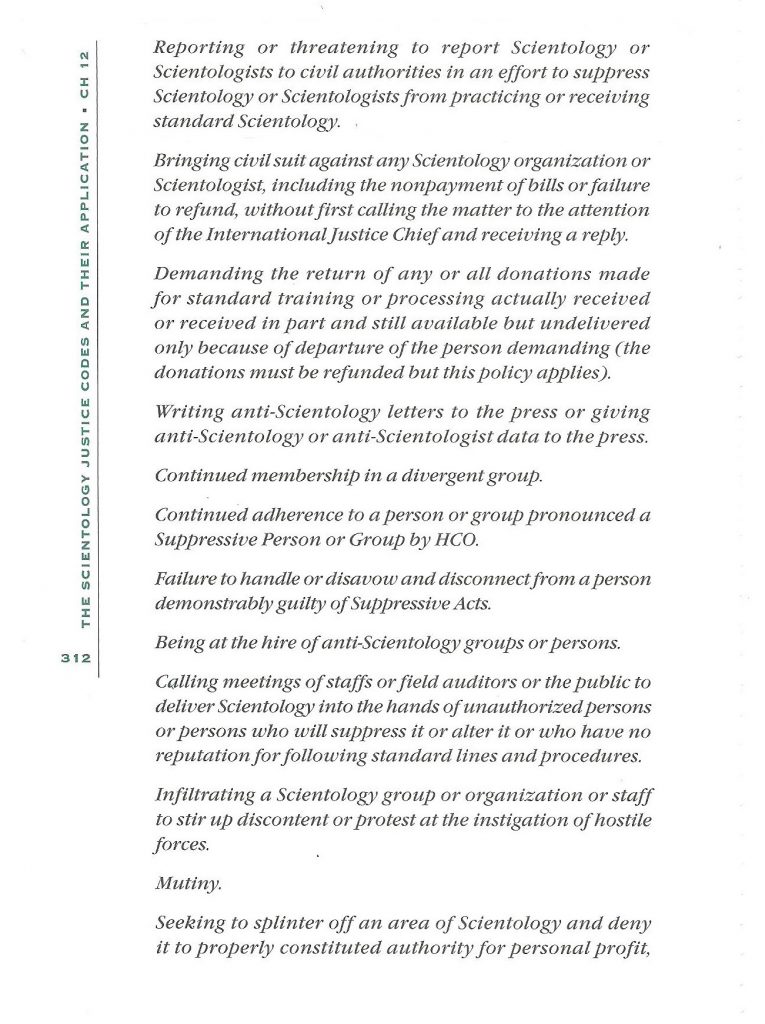 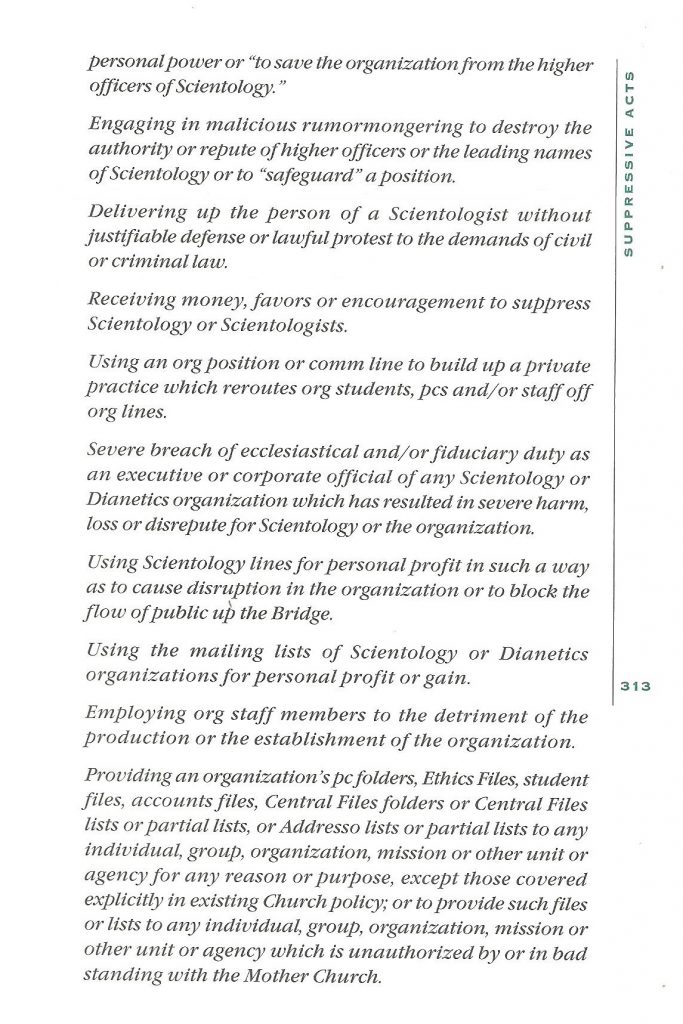 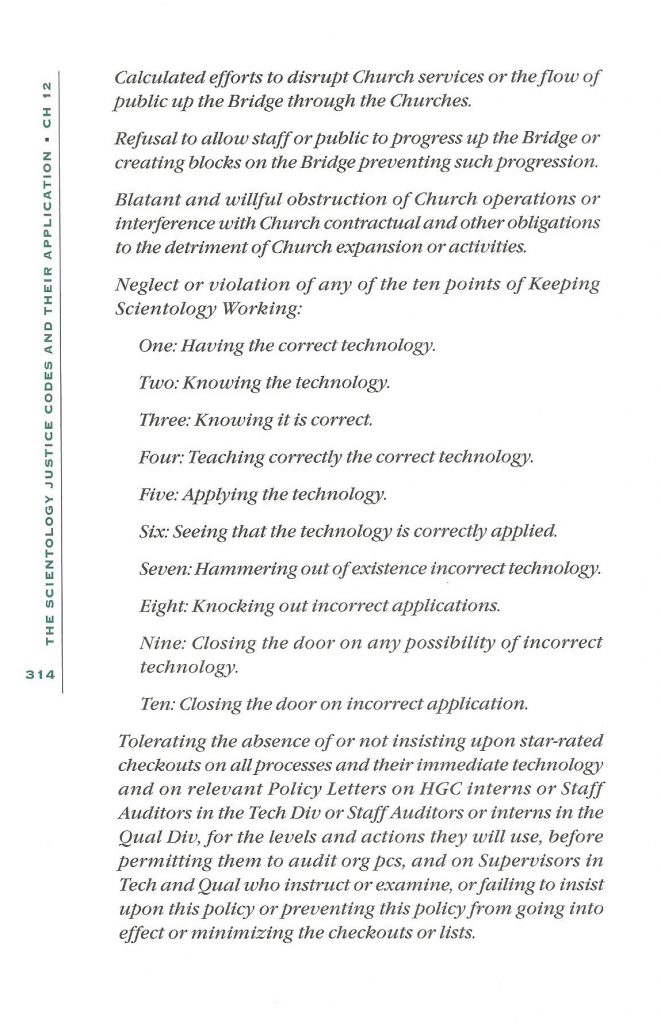 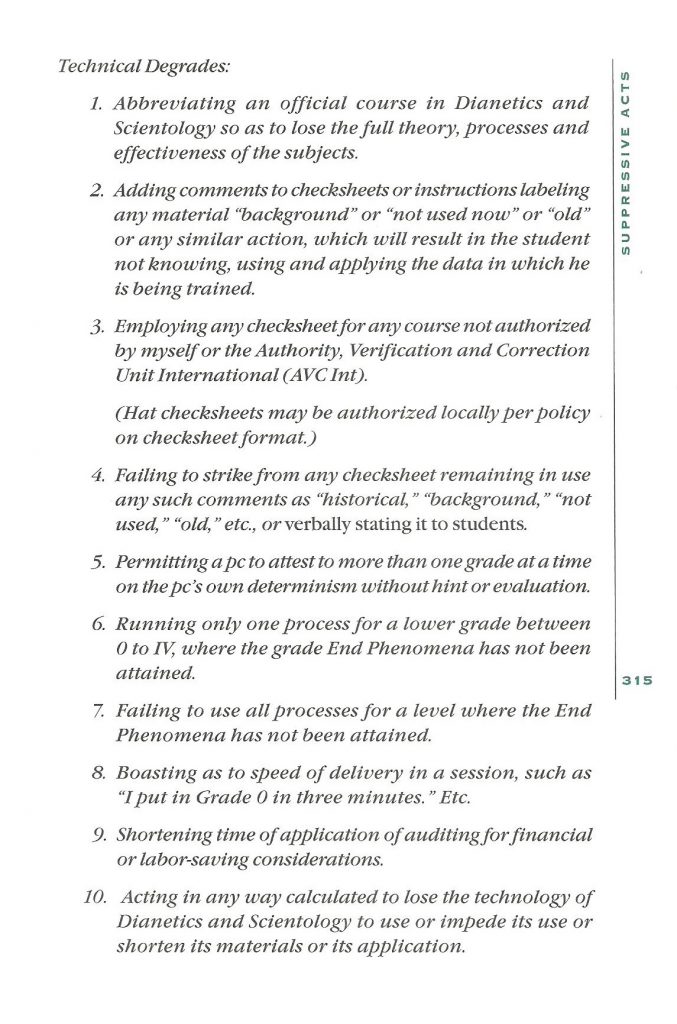 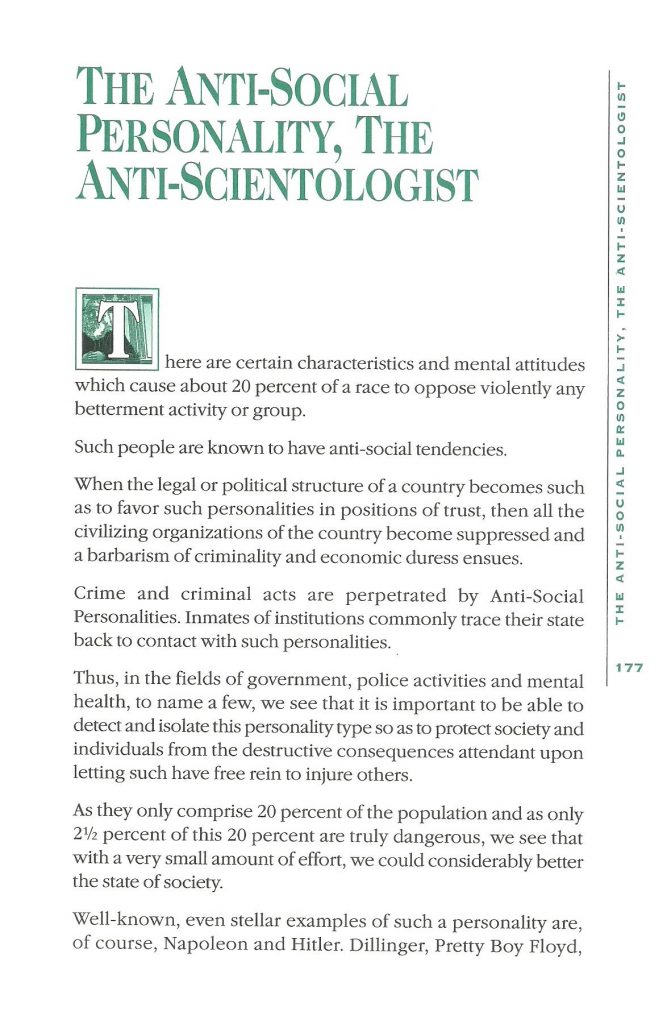 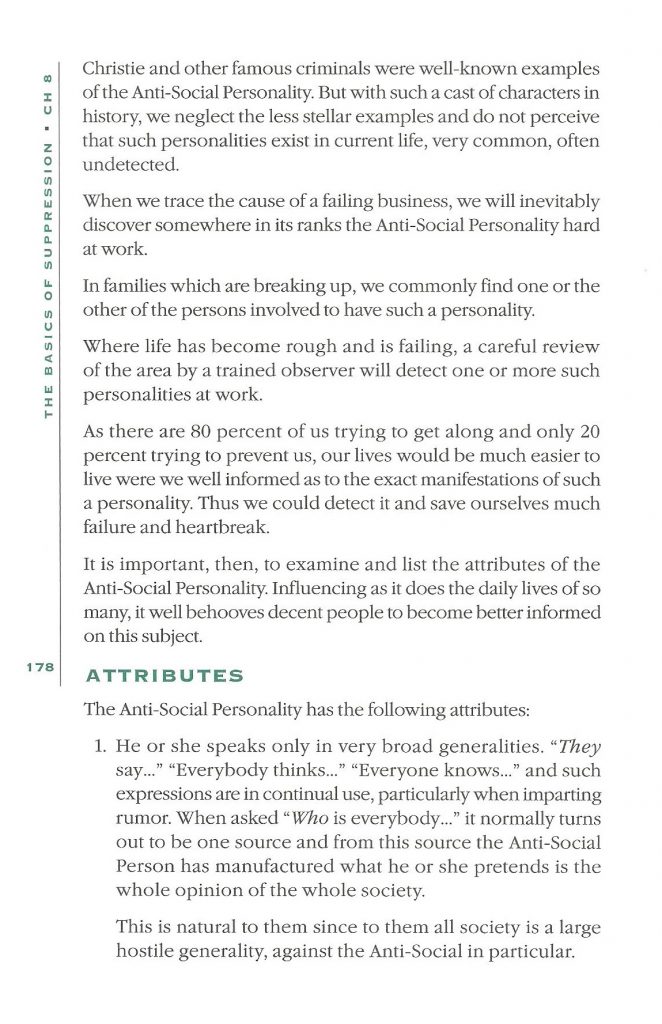 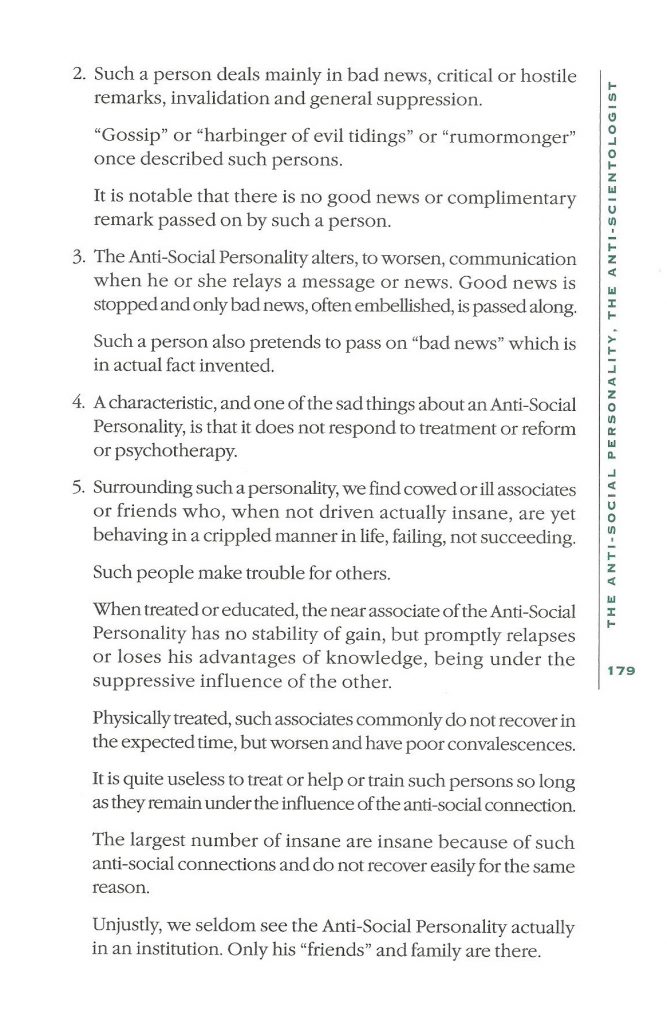 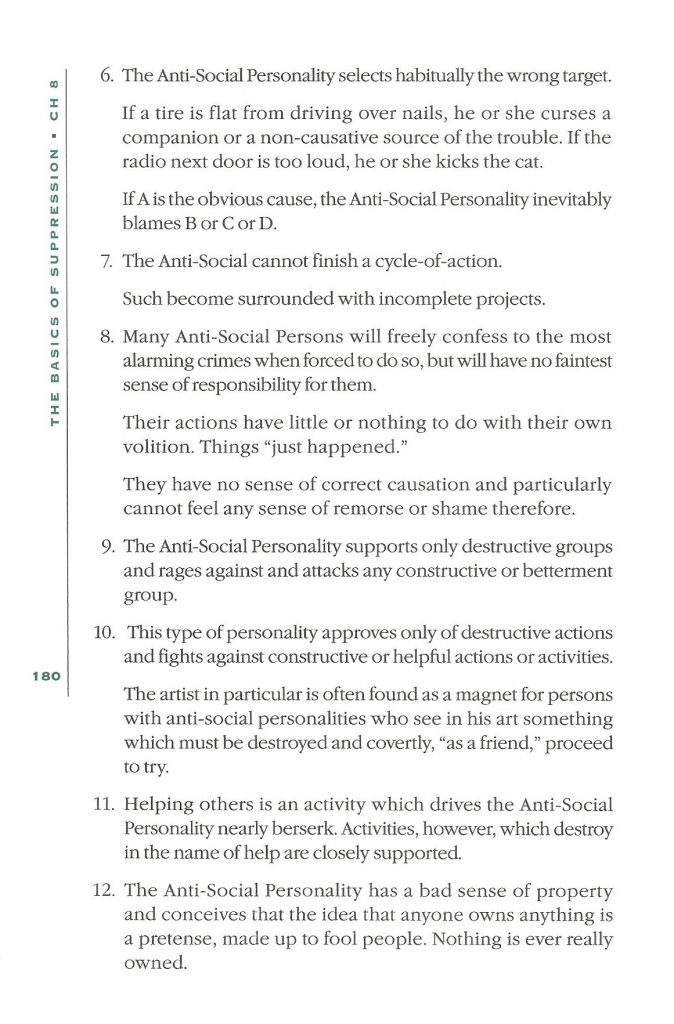 One viewer question astutely sked how is it that an OT would wear glasses. There was a Dianetic Auditor Bulletin (No. 7 in January 1952) where Hubbard said:

You are only three or four hours from taking your glasses off for keeps.

Here is our answer to this question:

I shocked Leah by telling her Hubbard had claimed that he was not from this planet.

I promised to find the reference, it is Class VIII Tape 8 titled Certainty of Standard Tech. Here is what Hubbard said:

I’m going to let you in on something. I didn’t even get R6ed. I’m not from this planet. Now, if I can take it on that it’d be a very good thing to clean up this planet, you who were here can damn well share the responsibility and not say it’s all up to Ron. That’s an interesting thought, isn’t it?

We talk about the idea that education outside scientology is a waste of time. Here’s Hubbard’s view on college:

Advanced Courses [in Scientology] are the most valuable service on the planet. Life insurance, houses, cars, stocks, bonds, college savings, all are transitory and impermanent… There is nothing to compare with Advanced Courses. They are infinitely valuable and transcend time itself.

He even claims in The Factors:

Certainty, not data, is knowledge.

And in the 1964 lecture Study and Education he says the following:

Now, practically everyone in the Western world has had a considerable sum invested in them to become educated.  That’s a considerable sum.  It runs into the thousands of pounds; whichever way you want to look at it.  It runs into the many, many thousands of dollars.  By the time a young man has gotten through college, for instance, he stands, educationally, at something on the order of the ten— thousand dollar mark, or did ten years ago; that’s an old figure.  And he probably stands at a higher figure today.  That’s a lot of money to invest in a man—for maybe no result.

All right, so a lot has been spent upon his education but has he become educated?

Yeah, and that’s the quarrel.  See, there was—a lot is spent on his education but he didn’t get educated.