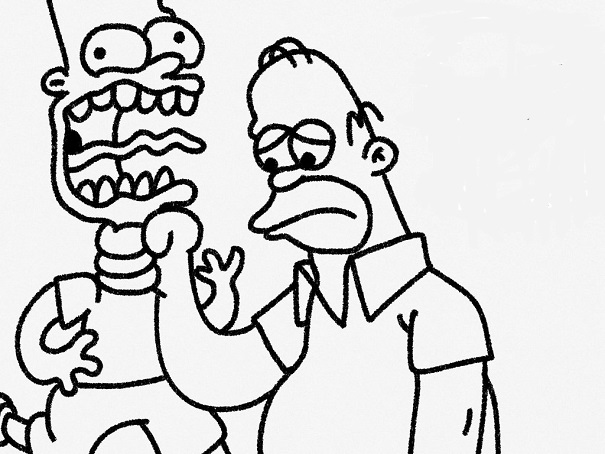 There is a steady stream of reports coming in of the new gestapo tactics being employed to try to enforce “standard tech” on the field with GAG II.

It is fascinating to watch the organization eat itself. It’s like a trapped rat, gnawing off its legs in a desperate attempt to avoid the inevitable, but in the process hastening the end as it bleeds out from its self-inflicted wounds.

Apparently there are “Sea Org missionaires” on the warpath to shut down missions and field auditors that are not “GAT II trained” and/or don’t own a Warehouse 8 meter.

I have reports from several missions and field auditors in different areas of the country that they are on the verge of bankruptcy and closing their doors. They hardly have any pcs and no new public.  They have little to no reserves.  Their auditors are being forced onto full time training and they don’t even have the money to pay for the training.  And they cannot make money to get trained as they are not allowed to audit.

And it’s the old Catch 22 — if you are “CI” to “getting through GAT II” or using a Warehouse 8, or even just protest that you have to earn a living and cannot afford to go off onto full time training (starting with Student Hat), you become the target of investigation. They come to your home and confiscate pc folders to “inspect for out tech.”  Of course, not a single one of these inspections has ever NOT found “out tech.”  This is then used as a club to force/extort the auditor into retraining, with an ethics order “suspending certs” if need be.

They are informed that if there is “out tech” in the folders of their pc’s, they will be confiscated. It’s a great way of scraping the last few public into orgs, which also have no inflow and a good percentage of their remaining public (the few that are still active) have been shanghai’d to Flag.

The mafia are sloppy amateurs in the protection racket business when compared to scientology.

This is another of the routine witch hunts — this time to “explain” why stats are not going up with GAG II.  The field is always the why for Class V org failures. The rape and pillage of the Mission Network in the early 80’s was the same thing. Since Class V orgs are incapable of getting new public on the bridge it only makes sense to raid the field when they need new pcs.  It’s cutting their own throat in the long run, but who cares, stats are up this week.

Meanwhile, in related news, LA Org is shrinking.  Even after forcibly retraining auditors in the area on GAG II and after they were announced yet again as being newly “ideal.”

Without doubt, this is a direct result of malicious and intentional CI to Command Intention. So Dave’s Minions (the CMO — COB’s Messenger Org) are rummaging around in LA Org to find the SP.  Apparently they fixed their steely gaze upon the Senior C/S Andy Seidler (son of George and brother of Melanie Seidler Murray).  Of course he was recruited for staff with promises of a reduced schedule due to some health issues, and he was also told he would be allowed to keep some field pcs he already had to supplement his income. Now they are suddenly aghast at the brazen out ethics he is involved with. So, he is under Comm Ev and LA Org is sure to boom as a result.

As one of the sources of the reports so aptly commented:  “The CMO always reminds me of the Sierre Leone child soldiers, the Khmer Rouge, and the Hitler youth. They have complete literal certainty and absolutely no judgment, consciousness or awareness of what they are doing. They wipe out working installations; denigrate people of good will who are actually trying to make things work in a bad situation, and march off with no responsibility for the wreckage they leave in their wake.” I couldn’t have said it better myself, so I didn’t try.

And just as a final note, in spite of their new found status as “ideal” ASHO, they too are going nowhere. GAG II has left them with virtually no public and stats that are long term emergency. The Briefing Course is no longer being delivered. And even with their magnificent marble floors, perfectly matched demo kits and a full complement of Warehouse 8’s, things really suck in the ideal ASHO.