I had another posting for this morning, but then I read the article on Tony Ortega’s blog this morning and consider it so important that I urge everyone to read it.

I want it to be available on this blog for anyone who happens to come along here, so I am republishing it in its entirety.

As is usual for Paul Haggis, he articulates a great deal in a few well chosen words. Though he doesn’t promote himself and there is no shoot crew following him around to make self-congratulatory videos, he is a true humanitarian. His work in Haiti is legendary, and it continues to this day, long after the attention of the media has shifted elsewhere.  And this is only one aspect of his humanitarian endeavors. He is also one of the nicest people you could ever meet, and one of the smartest.

I include the full introduction from Tony. This is a must read piece. 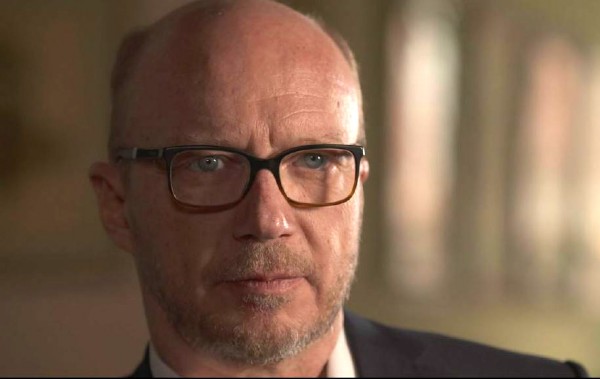 We’re drawing closer to the broadcast of Alex Gibney’s documentary about Scientology, Going Clear, which airs Sunday night at 8 pm on HBO. We have another screenshot from the film, with one of its chief stars, director Paul Haggis, who was also the subject of Lawrence Wright’s New Yorker article and his subsequent book which formed the basis for Gibney’s film.

We asked Haggis to take part in our countdown this week to the movie’s airing, and he really surprised us by sending the following, one of the best expressions of the Scientology experience we’ve ever read. If this doesn’t get you warmed up for Sunday night’s documentary, we don’t know what will.

At the outset, Paul refers to the smears that Scientology has been spreading about him since he was first profiled by Wright, but more so in the last few weeks. Scientology calls Paul the “Hypocrite of Hollywood” and accuses him of never really being a Scientologist at all. Well, here’s what Haggis himself has to say about that, and a lot more.
Despite what is being said in their rather pathetic attack pieces on me, I was very involved in Scientology for most of my adult life. While I thought the OT levels madness, I used many Scientology precepts in my daily life — so much so that it took several years after leaving to actually question the many “self-help” concepts that I had learned and used. The slow indoctrination process is as subtle as it is dangerous — largely because you truly believe that you are thinking for yourself, when in fact you are discouraged to do anything of the sort.

Paradoxically, there is great pride in belonging to a stigmatized group. It’s like being in love with a narcissist. All your friends will warn you that you are just being used. You understand why they think what they think, but you believe in your heart that they just don’t see what you see. You just tune them out. For that reason, when I did discover what many outside the church knew, I was truly shocked. While some of the information had been out there for many years, like all Scientologists, I refused to look. Yes, I was told not to, but I didn’t have to be. This was my group and I knew there to be many people in the world who were bigoted and close-minded, and when I was told that we were “under attack” in Germany or France or wherever, instead of looking for the reasons, I assumed this to be the case — and donated many thousands of dollars toward our “defense.” Yes, there was considerable duress involved in those “donations,” but if I didn’t honestly believe what I was being told I would not have handed over such large sums.

It makes little or no sense in retrospect, and it’s very hard to understand unless you’ve been a part of a marginalized group. While I was a constant thorn in the side of the executives, questioning practices I thought unjust, it never crossed my mind to voice my concerns outside the organization. In fact, even after I sent my letter of resignation I maintained a great fondness for “the old man.” Yes, he was a rogue, and he might have gone insane later in life, I thought, but I still believed he had put together a pretty workable system for steering through life. Even then. I might have been outraged by injustices I witnessed or heard about, but I dropped the blame at the doorstep of David Miscavige and company. Miscavige, I later discovered to my amusement, never liked or trusted me — in his eyes I was a bad Scientologist — which I admit myself. I was told he was angered that I wasn’t “deferential enough,” and I asked too many questions, even if internally.

Too many, and as it turned out, not near enough.

It took years after leaving to understand that these practices I railed against had always been at the core of Scientology — that Miscavige was just very faithfully, if cynically, following L. Ron Hubbard’s cruel playbook. The reason this was hard to believe is exactly because of the duplicitous nature of Hubbard’s writing. He wrote tomes on the practice and necessity of critical thought; how nothing should be accepted at face value. His “ethics formulas” stress that when making a difficult decision you have to push aside all personal bias and truly look at what people are doing, not just what they are saying. “Look, don’t listen” is oft repeated advice — but it is advice given to the blind. All these high-minded teachings are useless when you factor in the thing you are never allowed to question — Scientology, its teachings, practices and leadership.

Somehow Scientologists are able to accept those incongruous and contradictory thoughts. For example, they truly believe that only Scientology can save the world, and that they are making major strides in this direction every year. They hold onto this belief despite the fact that there isn’t even a modicum of evidence that they are having even the tiniest impact on any problem in any part of the globe. Scientologists simply accept the assurances of the church leaders that it is so. To the contrary, volumes of compelling evidence from unimpeachable sources that their organization has done and is doing serious damage to thousands of people is dismissed before it is ever inspected.

That’s what will happen to Going Clear. At least that’s what the church hopes happens. Without even watching it my former friends will condemn it as lies. You see it happening already. Understand that many of these Scientologists are damn smart people; many of them truly lovely and caring. But they are the same people who will not hesitate to cut their closest friend or family member out of their lives if they commit the ultimate crime of criticizing the church. You could do anything else and they would stand by you; commit any crime and they would be there to defend you. But not this.

I believe this is because somewhere in the back of their heads they know, as I did, that the very act of questioning could bring down their entire belief system. They have been slowly but surely trained to believe that if you don’t agree with something that LRH wrote, you just don’t understand it. Questioning anything means questioning everything. Even the slightest crack in that belief system could spread into a fissure. They cannot afford or allow the smallest doubt, because if it took root, their perfect world — a world where there is an answer to every one of life’s questions — could fall apart around them, and they would be left, like the rest of us, searching in the dark for their own answers in an uncertain world. Which brings to mind something a true genius wrote: “Forget your perfect offering. There is a crack, a crack, in everything. That’s how the light gets in.” For the sake of my former friends, many of whom I loved, I hope that Going Clear is the first crack, that they will watch it, and the light will slip in.