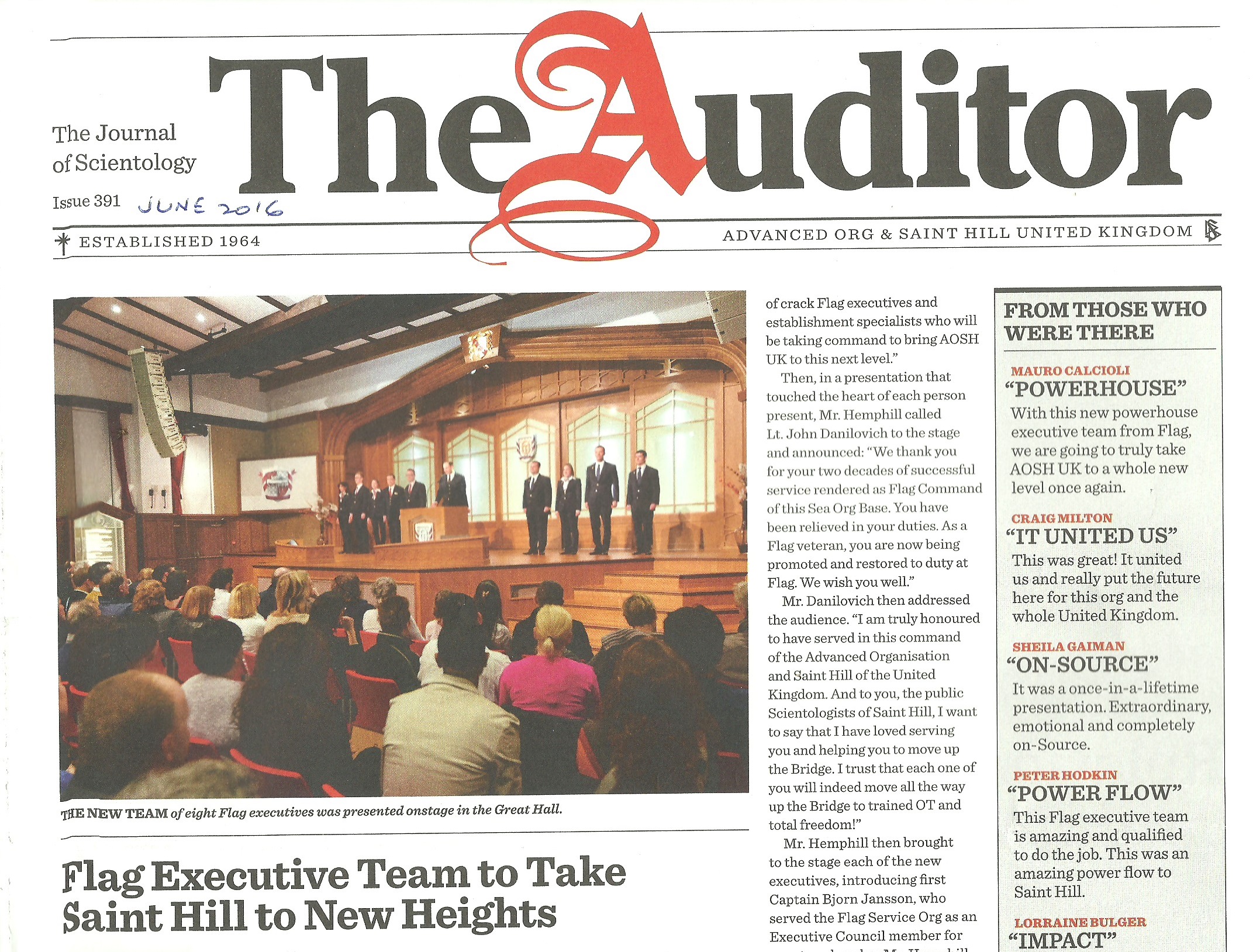 Things are not too rosy at old St Hill.

Their new Auditor mag clearly demonstrates how pathetic St Hill is — and this is what ALL ORGS are striving to be like!

Of course, they no longer have a Briefing Course to deliver – the original PURPOSE of the organization. But without having to devote resources to delivering the BC, one would imagine they would be doing a bang-up job of making up for that with everything else…

No wonder a new “Command Team” of Flag trained nobodies was sent to replace John Danilovich. This place is disappearing faster than a snowball in the Sahara. Even though Miscavige was there yanking his ribbon for the “new” “ideal” AOSHUK just a few months ago.

This is apparently what passes for “ideal” these days.

Here is their latest list of auditing completions at St Hill:

You will notice that though this is the magazine of the AO and SH, there is not a single OT level completion — perhaps they save those for the Advance! mag they are also supposed to put out but no doubt cannot afford? Or perhaps they had none? Like they had no Class IV auditors made, let alone Class VI’s.

Here is the training completion list — if possible it is even more pathetic than the auditing list: 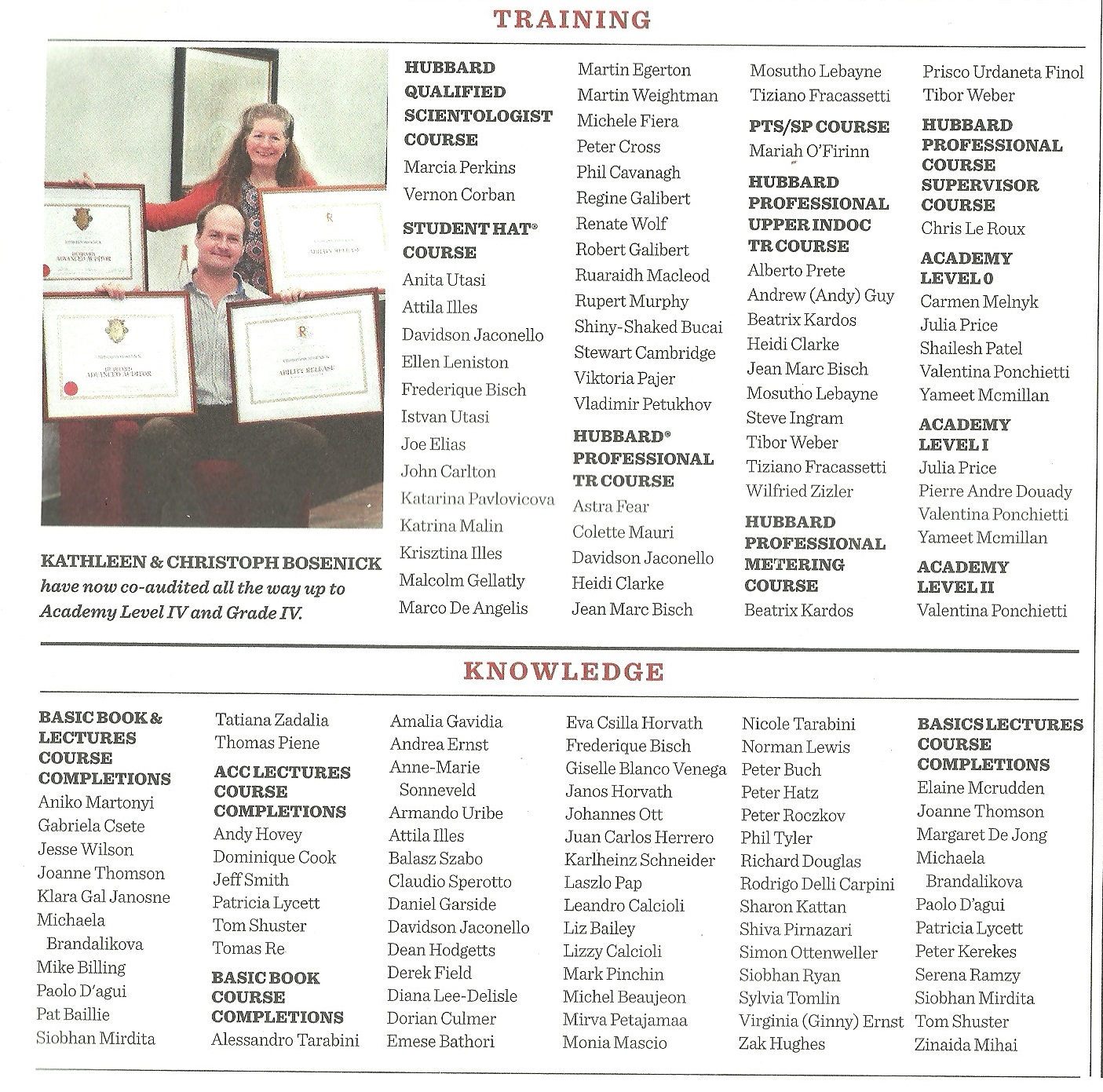 Of course, the largest number of training completions are Student Hat and Basic Book “courses” (that consists of simply reading a book).

Not a single Class IV or Class V, let alone a Class VI.

This is supposed to be THE auditor training org on planet earth. Not one actual auditor has been made since it “went ideal” that could Clear anyone.

Amazing. That deserves a standing ovation and fawning praise for the great leader COB. Can you imagine if he announced THESE stats when he yanked his ribbon rather than flowery descriptions of how many square inches of custom carpet had been installed?

But hey, let’s not overlook the new Refectory where you can be served fine cafeteria-style meals. It is the thing they are MOST proud of.

So every day that passes here are 352,997 new NON-CLEARS and 3 new CLEARS.  That is scientology going backwards FAST. And makes a mockery of “planetary clearing is being made a reality.”

And you will note the names on this list (no idea how far back this stretches) — an inordinate percentage of them have Russian or Eastern European names. Scientology cannot grow in areas where there is high internet accessibility or fiscal stability. But the Russian Government seems intent on shutting scientology down there. Not looking good for the coolest cult on earth.