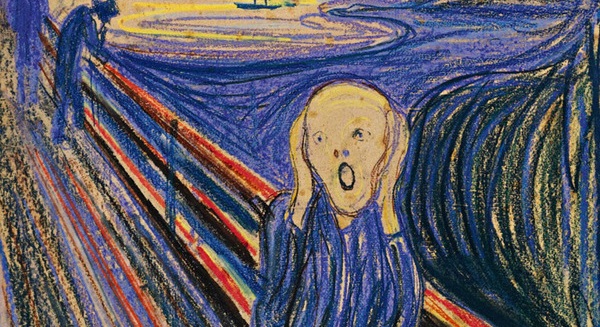 Here is an interesting document sent to me by an old friend. It concerns the handling of “PTS Type 3’s” or “the insane.” These are people that according to the scientology definition are being negatively effected by “apparent SP’s” all over the world, or even ghosts and demons. In scientology someone “going Type 3” means having a psychotic break.

I am sure this issue is otherwise available on the internet and I am not “revealing” it for the first time. Though it is certainly the first time it has appeared on this blog. And I havent seen it for 20 years or more.

I recall reading it when I was in the church — I do not doubt its authenticity. And not just because I remember it, but more importantly because what it says is exactly how things are done in scientology. And it clearly expresses the attitude Sea Org members have towards those who are “Type 3.”

Interestingly, I arrived on the Apollo in late 1973 was when the Introspection Rundown was being developed. This is the scientology “technology for handling PTS Type 3’s.”

As the new guy on the ship, I was low man on the totem pole so I was assigned to the “night watch” to sit outside the cabin in which Bruce Welch was being confined to ensure a) he didn’t somehow escape and b) to make sure nobody spoke within hearing distance of Bruce. There is no doubt that Bruce Welch was in a very disturbed state. He was violent and incoherent. After about 10 days he came out of it and returned to “normal.”

This is all described in the HCO Bulletins that Hubbard wrote as a result, announcing he had found the cure for psychosis. At the time, I thought it brilliant, and the auditor (Ron Shaffran) who went into the cabin to audit Bruce Welch to have the greatest TR’s in history. I had no intention of going anywhere near the guy. But my understanding of things has changed, and I know a lot more today about how one “researches” than I did then.

To base a “handling” on the “results” of a SINGLE case is absurd. You cannot conclude a generality of how to treat all cases of psychosis based on a single individual. Unless of course you are L. Ron Hubbard because he had the ability to “know” things like that.  And no scientologist ever doubted it. There are actually MANY examples throughout the “research track” of scientology. Some things worked, others didn’t. It is why, despite the repeated claims of “research” that resulted in “breakthroughs” things changed so much in scientology. What was today’s breakthrough, presented with supreme certainty that it IS the answer, soon became tomorrow’s old news. Go back through the history of scientology and you will see it littered with GPM Running, 3GXX, Creative Processing, Black and White etc etc This is ascribed to “the research track” as if this was a natural progression of trial and error. But if you go back to the announcements of each they were not presented as “experimental” or “testing out as part of ongoing research”, each of them was presented as a scientific certainty “proven by research.” Just as the Introspection Rundown is. Or the Purification Program. Or OT III. Or the strange stories in History of Man.

The Introspection Rundown is not merely presented as a FACT. It’s full on hype.

This is the first sentence of the HCOB of 23 January 1974 The Introspection Rundown. “I have made a technical breakthrough which possibly ranks with the major discoveries of the Twentieth Century.”  He goes on to proclaim, in all caps: “THIS MEANS THE LAST REASON TO HAVE PSYCHIATRY AROUND IS GONE.”

One case resulted in a “breakthrough” that became “standard tech.” Just like Goals Processing back in the day. Until it wasn’t.

It is my personal view that having someone in a quiet space without outside interference probably helps calm them down. I guess it is the same theory as the much derided “rubber room” or padded cell where people are locked up in psychiatric institutions. I think a rubber room would have been a safer environment that the steel cabin Bruce Welch was confined to.

But the point of this is not so much the Introspection Rundown itself. You can read all about that in the “HCOB’s” on the subject and draw your own conclusions.

This write up details how scientology approaches dealing with “problems” like someone who has  “gone Type III.”

What is obvious throughout this write up — particularly in the section toward the end “Mistakes that have been made” is the fear that the person will “flap” with “wogs.” And the attitude towards the person suffering the breakdown is that they are evil and intent on doing evil things. Compassion isn’t a scientology strength.

The pervasive fear of “wogs” in scientology is really quite odd. Scientologist generally consider themselves superior to “wogs” (and certainly superior to Suppressive Persons like me — “SP’s”) but somehow “wogs” have enormous power to disrupt and mess with scientology, only exceeded by SPs whose mere presence in the environment of even the highest level OT can wipe out decades and hundreds of thousands of dollars worth of “case gain” without even lifting a finger.

Of course the most famous “Introspection Rundown” in the history of scientology is Lisa McPherson. Driven by fear of “creating a flap with the wogs” she was NOT given proper medical care – hell, she was not even given a “standard” “Introspection Rundown” and even the advice of Philip Jepsen was not followed. But it illustrates the attitude towards her and the “wog world” that explains a lot of why the tragedy unfolded as it did.

Read this write up and draw your own conclusions about the attitude and treatment of people in scientology. 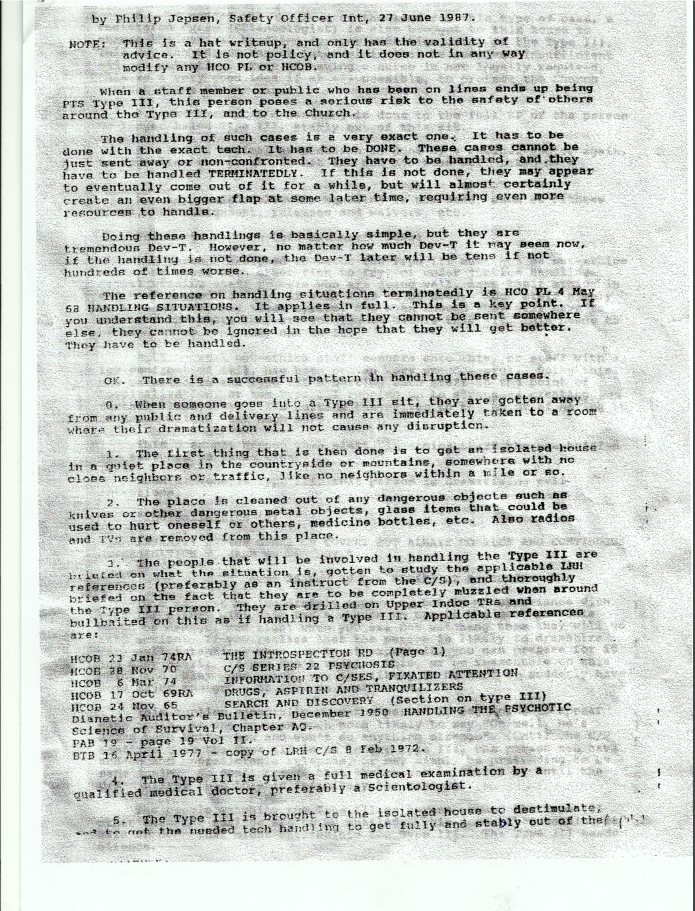 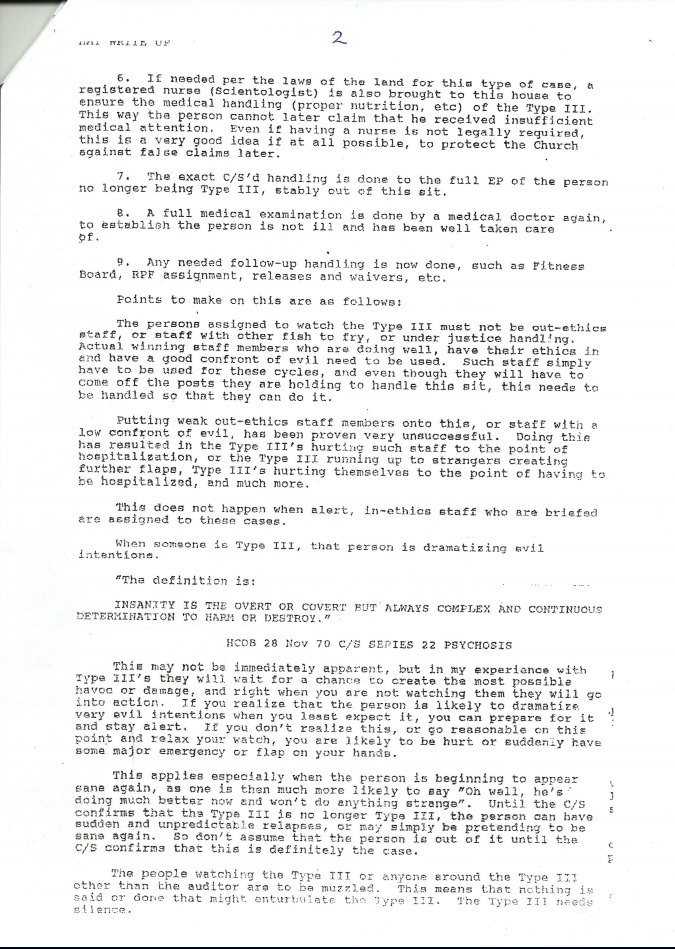 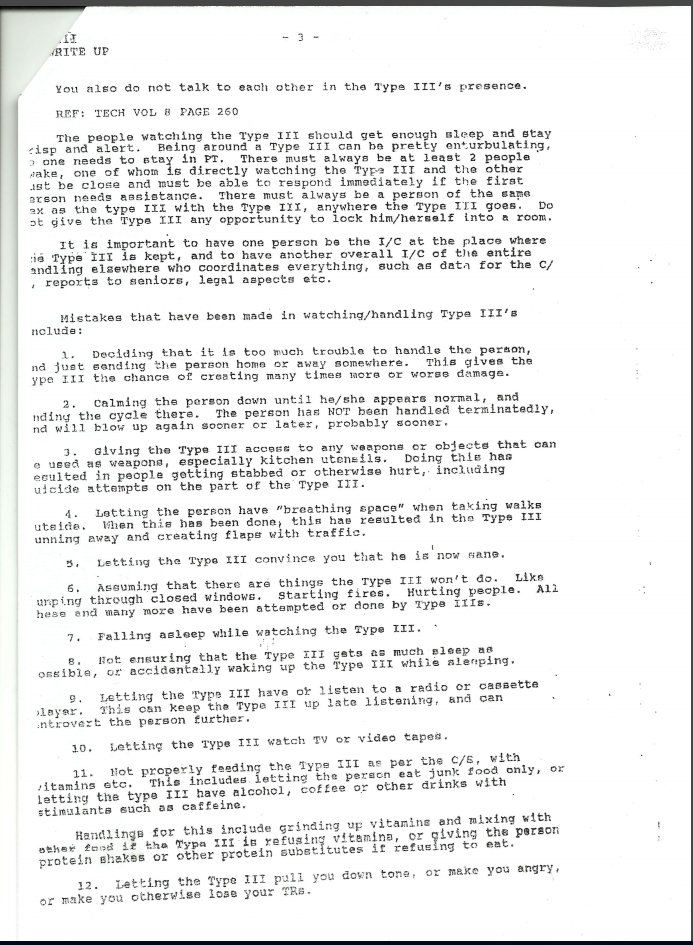 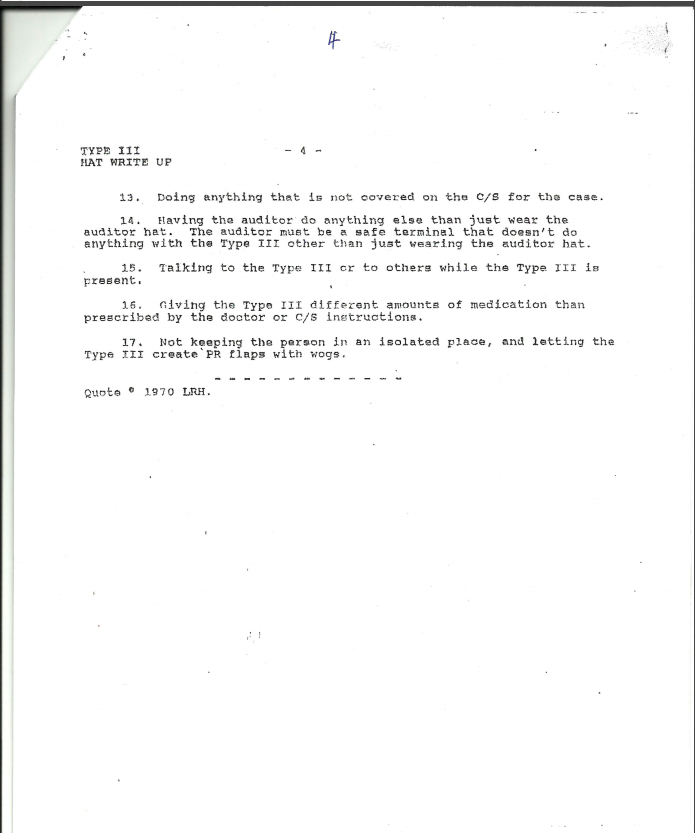