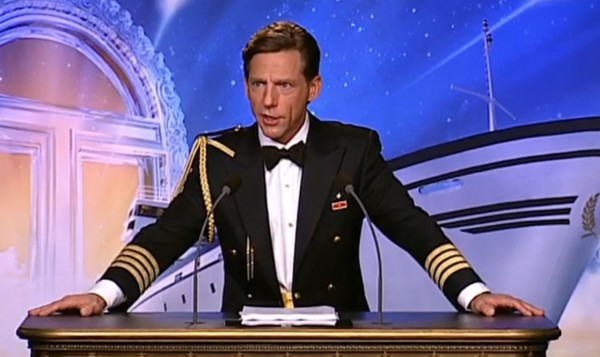 Undoing the arbitraries implemented by [squirrel who Shall Not Be Named], this magnificent “new” Solo NOT’s course is SO MUCH BETTER than the last one.

The one they have been pushing for 20 years as the pinnacle of achievement in scientology. The one so important that you had to fly to Flag and pay them to sec check you every 6 months to ensure you were doing it properly.

This is the course Dear Leader his personal self re-did in the 90’s to “remove all the arbitraries” added by others. And that version full of “arbitraries” he had to personally get “on source” was already the “New NOT’s” that had been “revised” to remove the “Mayo arbitraries” (frankly, the issues were poorly compiled with repeated stuff all over the place — but if anything the problem was they were TOO literally transcriptions of what L. Ron Hubbard had said).

So, all these people that have been paying for and doing the David Miscavige arbitrary riddled OT VI, VII and VIII should get their money back shouldn’t they? They paid for overt products…

I guess the sheeple have forgotten that as the head of RTC, his ONLY job is to protect the purity of the materials, most especially the sacred, once-secret OT levels.

But he cannot say the arbitraries in Solo NOTs were caused by SP transcriptionists. Nor can he say they were inserted by that SP David Mayo. He has already used those justifications for “re-releasing” the NOT’s stuff and having everyone pay again to do it over.

So, NOBODY is blamed this time around. It is all focus on the positive “look how great THIS version is.”

He assumes those super beings who have completed OT VII and VIII cannot recall him being at Flag, holding a briefing and putting out a 5 page “bulletin” that explained how he had discovered and removed the arbitraries that were blocking people from progressing through Solo NOTs. Someone might correct me on the date, as I recall it was around 1998.

And just last week they said this course no longer takes 5 weeks, it is now 8 days. It has already crept back up to 14 days…. 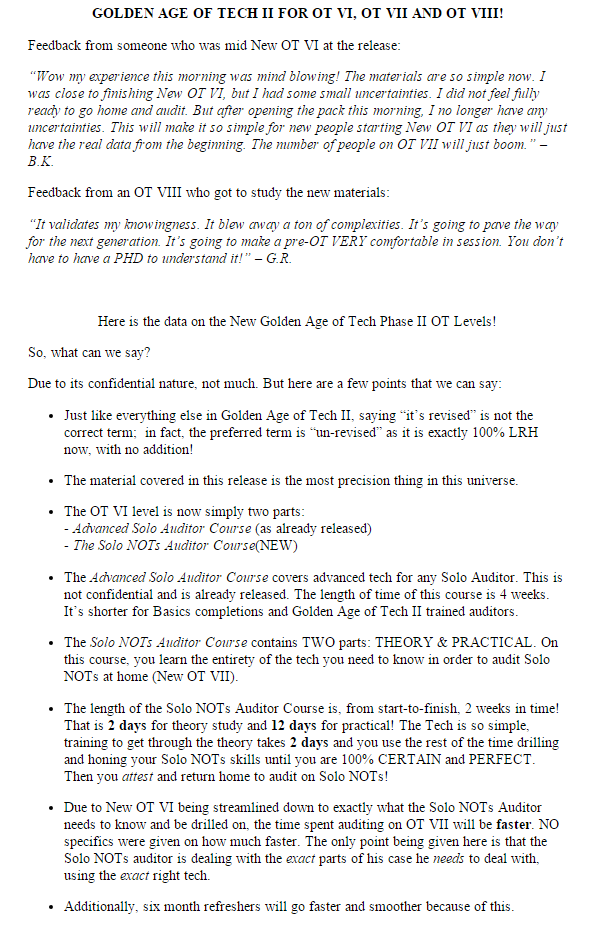 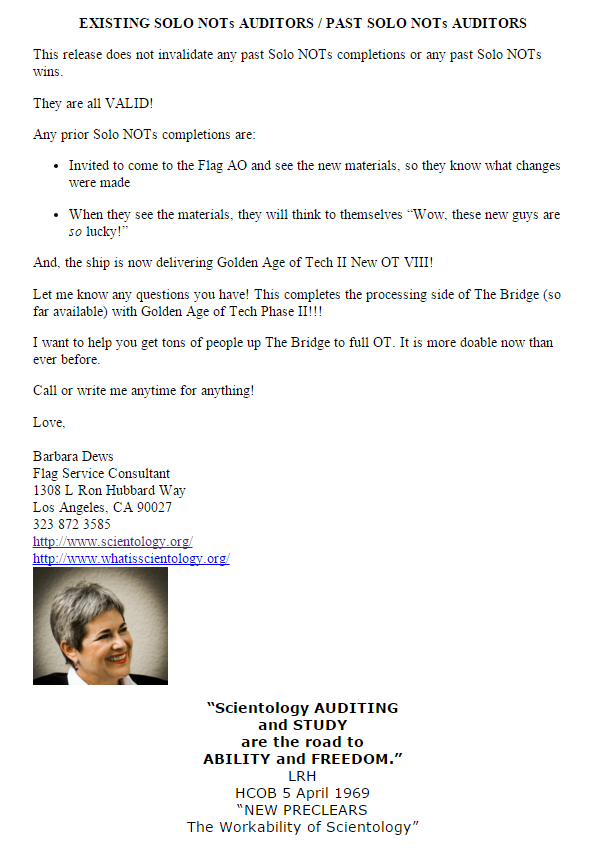