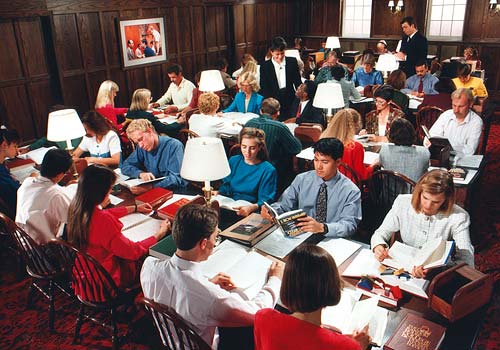 Recently, some have expressed the view that Leah is incorrect in stating that a minimum of 2.5 hours per day of study is mandated of you in scientology. There have been various people who have commented on this “this is not my experience” and “there is no Hubbard writing that states this.”

Most of this is missing the point:  whether you agree with the mandated 2.5 hours statement, scientology places enormous demands on its membership, far more than mainstream religions. It is the only organization calling itself a religion where there are services that you are expected to show up for on an exact daily schedule. If you don’t attend Mass you’re not going to hear from the “Course Admin” or “Ethics Officer” calling at all hours to find out why you were missing. It happens every single time you fail to appear for a scheduled daily course period in scientology. And those courses are paid for in advance, with a price list and “no payment, no service” as company policy.

Of course, individual experiences differ, but the fact of the matter is that there IS policy by Hubbard that mandates 3 hours per day at a minimum on course. And if you cannot subscribe to this standard schedule, you are supposed to PAY EXTRA. I would say a fair categorization of this policy is that a minimum of 2.5 hours of study is expected of you on scientology courses.

Some will argue that not everyone is always on course. That is of course true, often people just cannot afford to do sequential services in scientology. But is this demanded of everyone? Of course it is. If you are not on course or auditing you are constantly hounded by the org to “get at cause” and “get moving on the Bridge.” And nobody who has ever been near a scientology organization will argue with this fact. You may not always be at the org every day, but this is what they expect and demand of you.

Below is the policy on Course Schedules written by Hubbard. There are plenty of others I could also pull out about dilettantism and the dedication expected of a scientologist. But I don’t want to spend the time looking for them and scanning the documents!

Scientology demands participation, time and money wise, unlike any other organization calling itself a religion.

It’s an important distinction to be made. Let’s not get lost in trying to nitpick the exact words being used. 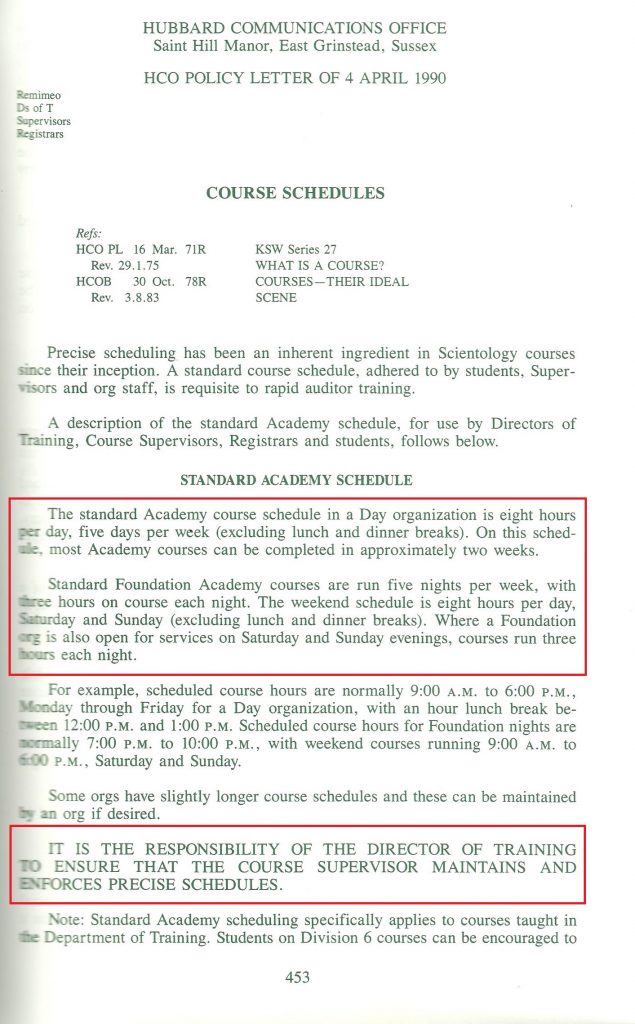 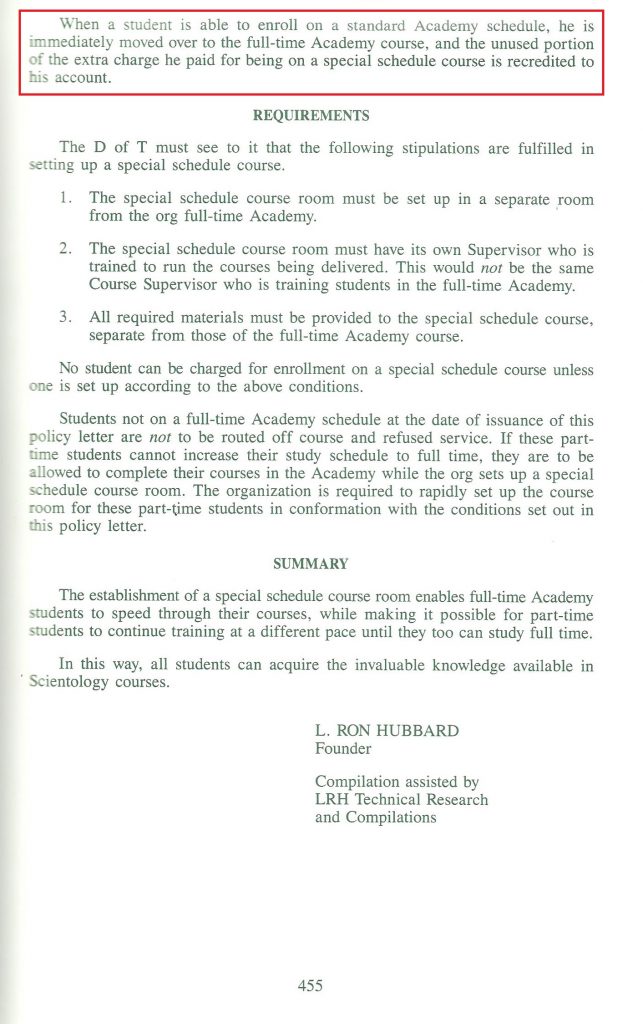