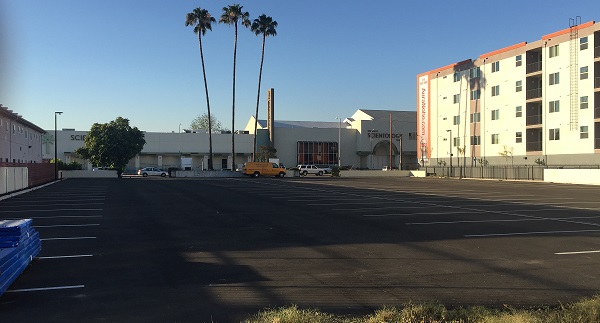 Here we have a wonderful combination of reminders of some of their most epic fails.

Valley, the “largest and most important” Class V ideal org on earth is sending out emails to get “actually anyone” to please show up in the org for a photo shoot. Of course, this begs the obvious question: why don’t they just shoot the people that are there taking services or participating in some way?

The answer is, of course, because the place is EMPTY.

So they have to beg people, “anyone” to show up to be “featured in these shots” to create the false impression that this org, the one that is “winning the birthday game” actually has some people in it. (it’s another chapter in a long book to go into the manipulations that occur in the “Birthday Game” to ensure the org that Miscavige deems should win, does so).

You can bet that if this video is ever used it will NOT be presented as “Here is Valley Ideal Org with as many people in it as we could persuade to show up — from anywhere — none of them are actually on course or participating in auditing or doing anything at all other than arriving when summoned for a photo shoot.” No, it will be presented as: “This is the BOOMING Valley org, with 10X expansion since going “ideal”.”

And then to the second major fail. Whatever happened to the SuMP?

Remember how Chairman of the Bored opened this magnificent white elephant to much fanfare on 28 May 2016 (after two years of hype preceding it). He promised that this would give scientology its own TV and radio station broadcasting 24 hours per day. Before the grand opening, he had promised this would occur before summer began on 22 June 2016.

Well, it is now a year and a half later. No broadcast of ANYTHING.

All the SuMP has done is produce some event videos and POW style smear videos.

Here are two of the emails sent out begging for anyone to show up.

So much excitment is happening at Valley org! Key stats in highest ever after highest ever! More public joining staff and becoming part of the winning team!!

And speaking of winning, we are playing the Birthday Game for real. Right now we are one of the top three orgs on the planet and we have every intention of coming in #1!

In preparation for that announcement on the big stage at the 2017/2018 Birthday Game Event – we have SMP in the org daily shooting video of Valley in all it’s expansion for the big screen!

But we need a very key element to make these important shots work and that is YOU the Valley public – students, PCs, OTC members, Groups… actually anyone… to be featured in these shots.

Our next one is this Friday the 24th at 6pm at the org.

I have been assured that these are not long cycles.

PLEASE let me know if you can make it and I’ll point you in the right direction!

Thank you guys and Happy Thanksgiving!!!

Tomorrow at 3:00pm we are having an SMP shoot and I need as many people there as possible (30+)

This is for Valley winning the birthday game. Please come it won’t take long. Let’s show off!  Even though we don’t brag.

Let me know if you can make it by simply replying to this email.

I’ll see you there.