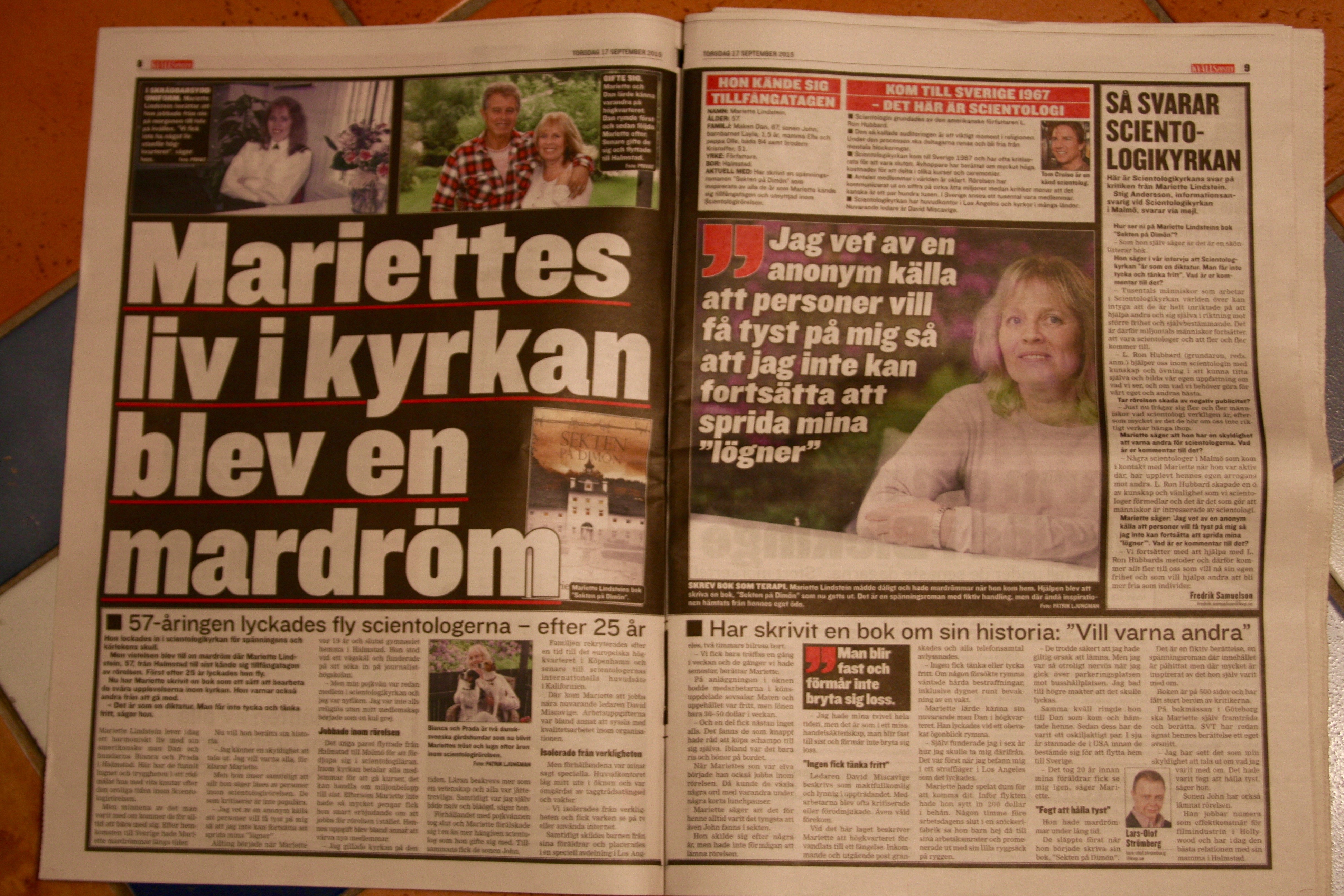 Mariette’s life in the church became a nightmare “I know of an anonymous call, people want to shut me up, they said that I can not continue to spread my ” lies””

While scientology is unravelling in the face of Hurricane Leah here in the US, a different storm is raining on scientology’s tiny parade in Sweden.

My old friend, Mariette Lindstein has written a book. And it is causing quite a stir.

Mariette worked at the Int Base for many years (in fact, I brought her and her husband to the Int base to man WDC posts). She was then five years in RTC under Miscavige, and yes, she was another prisoner of the Hole — even though  according to its Founder David Miscavige, no such place has ever existed.

Mariette lives in Sweden now together with her husband Dan Koon, also a long time friend — former Snr CS International staff and star of the only “Tech Film” shot and directed by L. Ron Hubbard.

Here is a bit of the backstory.

Lawrence Wright is to blame.  It was he who first convinced Mariette to speak out. While he was working on Going Clear: Scientology, Hollywood & the Prison of Belief, he interviewed Mariette, and the idea of writing a suspense novel in a cult setting was born. Mariette envisioned a book that would reach a broad audience and not only entertain but enlighten people about the dangers of cults.

In 2013 Mariette quit her job as a teacher to write and educate in another field: speaking out and enlightening others about cults. She has done interviews with many of the most widely read morning and evening newspapers and magazines in Sweden. She has also appeared on national television shows and was featured in a recent TV series about cults in Sweden, “The Only True Way.”

Mariette’s debut novel The Cult on Fog Island is inspired by her experiences in scientology. 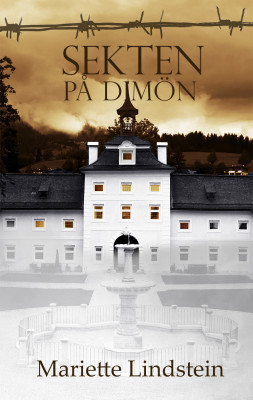 Released in September 2015 it has  been critically acclaimed by some of the most prominent book reviewers in the country, calling it “enthralling” and a “most suspenseful thriller.” Critic Jonas Danielsson  on the national TV-program “Go’kväll” (Good Evening) said the book is: “A page turner, the most interesting novel this fall.”

The Cult on Fog Island has been at the top of bestseller list of Sweden’s largest Internet bookstore for over a month and is now in its third printing. Fog Island is first and foremost a suspense novel, but has the ulterior purpose of warning about the dangers of sects.

Unfortunately the book is still only available in Swedish, but rumor is that a translation into English is on the horizon.

This is the first in a trilogy about cults and cult mentality, explaining how one can get drawn in and how hard it is to get out. The second book (to be released in Swedish, Fall 2016) is about the repercussions of leaving and being harassed if one dares speak out. The final installment (to be released Fall 2017) is about growing up as a child in a cult.

Mariette says that she is putting 25 years of cult mentality into print.

In addition to writing, Mariette also lectures to dignitaries and social service workers about the dangers of cults.

Cult Fiction is taking hold in Sweden, inspired not by Quentin Tarantino, but by the Cult of Greed.

Raise a glass today in celebration of Mariette’s work, accompanied by the traditional Swedish toast: “Skål!”