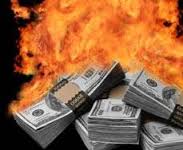 One of our Special Correspondents in Budapest sent in this report of the sad tale of the failed attempts to create an “Ideal Org” in Budapest (this org was declared SH Size sometime in the 90’s and at that time was one of the fastest growing orgs on earth). Some of the information in here is stunning — the rip off by the Int Landlord Office, the financial irregularities, the utter incompetence — but it is by no means uncommon. Similar stories have come in from many of these “Ideal Org” projects.

Note: I saved all newsletters and emails originated by the Church to get a timeline together. All dates and figures concerning the ideal org project are coming from official Church communications (except when noted). These are the main source used for this writeup.

Even before the whole ideal org campaign started, the Finance Office of Budapest Org tried to find a solution for purchasing a building for the org. The original idea was to collect around 20% of the asking price of the target building (Budapest, XIII, Váci Str 17, it has been demolished since, now it’s an empty lot), and get a loan from Sea Org reserves to cover the rest. Fundraising started in 2001, and had some initial success. 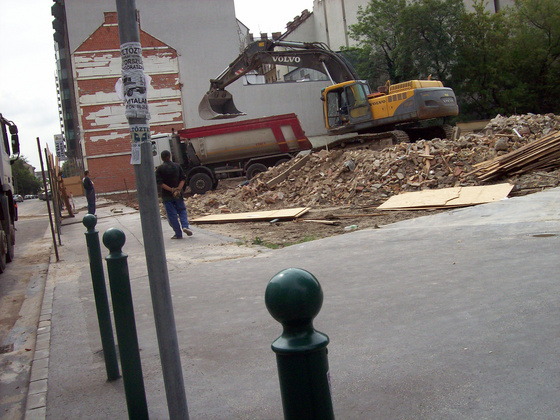 The local Sea Org management unit called OTL Hungary also got involved in 2003. Around $500,000 USD was collected and seemingly the Sea Org Reserves Dir was willing to consider the request.

Then came the notorious OT Ambassador briefing in 2005, and everything changed. We were told that we have collect 100% of the money and build an Ideal Org.

To my surprise, we had to study “wog” authors as hatting. Fundraising staff had to read a book from Jerold Panas called “Asking”, the Les Dane books and Sergio Zyman’s The End of Marketing As We Know It.

Extreme pressure was put on getting donations from the field NOW NOW NOW. Sea Org members were ordered to raid the homes of wealthy public in the middle of the night to “invade their comfort zone” (as Walter Kotric put it).

A new building was selected (Budapest VIII, 4 Puskin Street), and the asking price was $3.25 million USD.  It is a nice building, located in a small alley near one of the main traffic junctions of Budapest.

The targeted building on Puskin St.: 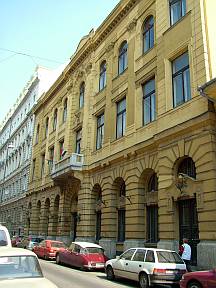 The crush regging finally got the product (while alienating half the field for good) – the entire sum to purchase the building was collected by 26 August 2005.

Another month later, the renovation budget was put together: $1.8 million USD was the final sum and surprisingly it was needed yesterday.

In December 2005, the final figure was increased to $2 million.

The next official announcement is from 8 March 2006, where the target date of grand opening was set: 26 September 2006. The reno budget was now $2.2 million, and $1.4 million had reportedly been collected already. The public was given  the target: get the remaining $800,000 in one week (the LRH’s birthday gimmick never gets old).

It took a bit longer than that, but at the May 9th event, they reported they had the $2.2 million. But there was a small problem. Another $1.5 million was needed for furniture, e-meters etc.

There was still one thing left: Space planning.

They said the Int Landlord Office was working on it already, and the org was told to put its CF into order while the plans were completed.

So, the enthusiastic call-to-arms went out to the entire field – 60,000 folders had to put into order (52,000 bookbuyers and 8,000 on the trained/processed list). “A few days are enough if enough people come in and help.” – stated the email.

2 months later… (no kidding) on 18 October 2006 – A newsletter is sent stating that the filing backlog has been eliminated and now comes the second phase, where the contents of all folders are sorted into chronological order.

1 year later (seriously, one year later):  According to some inside sources, space planning was completed, but Dave did not find the time to approve it and it was sitting in his office. The org somehow could not complete the CF overhaul either.

On 10 December 2007 , they got the order to complete the whole sorting project by the end of the year, accompanied by the usual threats (no fail, or else, no one goes to sleep until etc.)

The next official communication is from 27 January 2008.  A new target was set for getting that damn CF into order: 13 March 2008 (what a surprise). The great estimation-of-effort experts at OT Committee estimated that an additional 40,000 man hours are needed to accomplish that – in addition to the 23,000 man hours already spent on the project. This means spending 1 hour with each folder, which sounds an awful lot, but the OTs obviously know better, right?

12 February 2008 is the date of the next newsletter. It gives a new datum: 1 million pages are still to be printed for the project. This means 16 pages / folder. Another puzzling piece of information.

And interestingly, the CF project was indeed completed by 13 March 2008.

The Plans Are Done!

Newsletter of 9 April 2008: Great news! Dave finally got around to approving the plans, so the space planning and 3D renderings are completed and approved! (It only took them 1 year and 8 months.) Now the local authorities had to approve them, too. So, they submitted the plans to the local and national governments.

Here are some of renderings: 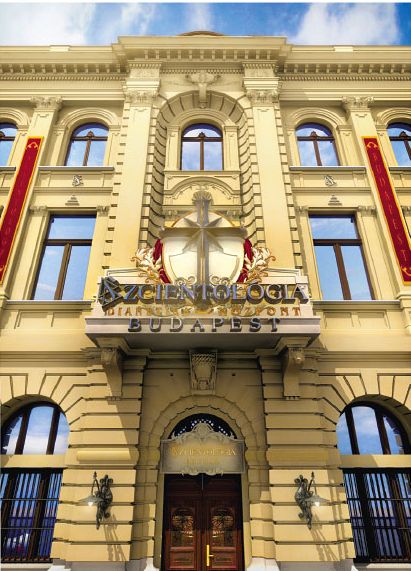 [Ed: I recall seeing a video “fly through” of this “Ideal Org” at one of the Miscavige Nuremberg Rallies]

Well, obviously the renovations are on hold, so what do we do now?

You guessed right! On 13 June 2009, a newsletter was sent out to the entire field, stating that “new standards” are to be implemented and there is a filing backlog, so come in and help!

The Plans Are Still “Being Approved”

The Church in Hungary was trying to get the magnificent plans approved by the wog authorities.

According to the homepage of the Hungarian Chamber of Architects, the Church submitted its complete planning on 1 December 2009, and a revised version of it on 22 December 2009. (Remember, the plans were approved by Dave on 9 April 2008)

So, basically all the Church accomplished was a rejected plan.

Imagine the look on the faces of the OT Committee members, when the Int Landlord Office sent an invoice for their services, billing a whopping $520,000 USD for the space planning and renderings. At first, they did not want to pay a penny, and QUERIED THE ORDER in writing. The answer came in the form of Monika Aslanis, a CMO EU staff member holding the post of “EU Landlord”, who called a meeting. She used the PR angle (the money is needed for international expansion etc), but the veteran businessmen (quite a few OT Committee members were company owners or CEOs) did not really fall for it, and started to negotiate the sum (!). Finally, they managed to get it down to $450,000 USD, and Monika Aslanis personally made sure that the bank transfer was made.

But that was not the only one unpleasant surprise. The members found out that the Chairman of the OT Committee has submitted selection slips for around $3 million USD and the immediately “donated” her $300,000 USD commission to the local Sea Org unit, OTL (=Operations & Transport Liaison) Hungary, which was transferred to their bank account overnight.

Then came the third surprise: she was not the only one getting commission – apparently over $200,000 USD was paid out as commission to public Scientologists. The OT Committee demanded a clear accounting of income and expenses from the org. And… they couldn’t produce it as there wasn’t any. According to the org execs, there was no central accounting, so all they know is the current bank balance and recorded status levels of the bigger donors.

The Budget Is Increased

Another bombshell came: after the plans were rejected, new plans were done to comply with all requests and requirement, which (according to the project management company contracted by C of S International) added $6 million USD to the total budget.

The new calculation also included $3 million USD for furniture and internal fixtures alone. Some of the items: only Dell computers of a specific model were authorized for purchase. The desk for LRH office had to come from a Los Angeles shop, costing $7000 USD etc.

The OT Committee queried this in writing. All they got back as an answer: “COLLECT THE MONEY.”

The last (and final) submission was in 10 May 2012, and the Hungarian Central Architectural and Technical Council gave a pretty damning opinion of the final plans and did not recommend it (which means that it was effectively killed).

Some of the highlights:

“The building features great internal spaces, yet these would be unnecessarily divided by offices and lecture halls.”

“It is unacceptable to design a series of windowless rooms and offices without adding the necessary number of restrooms. The restrooms are badly planned, insufficient space is allocated to them and would be unusable in their current form.”

“In order to build the proposed underground garage, all the trees will have to be cut down on the property, which is unacceptable. The design of the garage entrance looks phony and hardly acceptable, and the driveway to it is barely accessible from the narrow street. Four parking places at the other end of the garage are simply inaccessible and unusable.”

Looking For A New Solution

Fundraising was still going on but it was evident that there is no way to extract six million dollars from the already depleted field. After 2 years of constant fundraising events, the final reject of the plans forced a compromise: the Church has given up on the Puskin 4 building, and started to look for another building, to be bought from the available funds.

And they found it! It was purchased in August and this modern office building will be the new Budapest Ideal Org, and it is located on 169 Váci Street, Budapest. 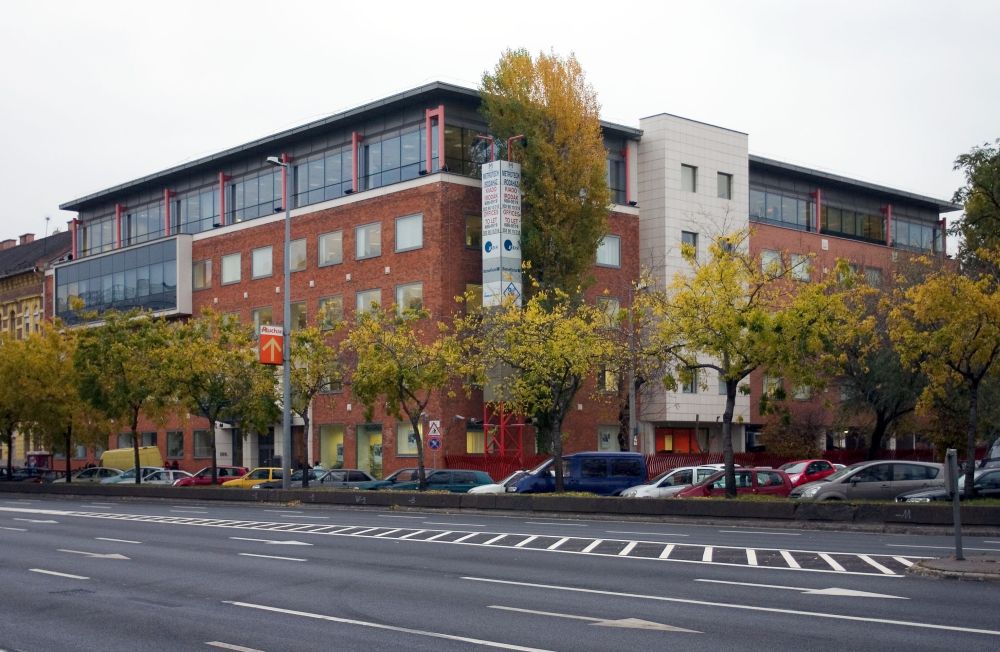 Now, there are still some tenants in the building, and according to inside sources, at least one of them (the regional branch office of Hewlett Packard) refuses to move out.

The only other problem is the Puskin 4 building. It can only be sold for a hefty loss and continues to soak up huge sums in maintenance and public utility fees.

[Ed: But at least “COB” will be able to do a whole new “fly through” of CGI renderings of the “latest” Ideal Org. It can go into the Hall of Shame of numerous other “Ideal Orgs” that have been shown in CGI but never materialized in the real world, including Miscavige’s personal favorite imaginary Ideal Org — Harlem].