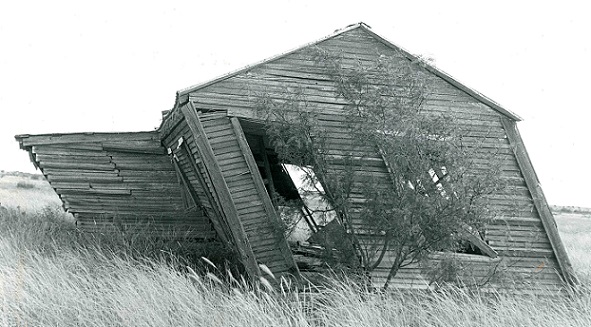 This seems a very appropriate post to reprint in light of the recent article Scientology Shriveling. Media Take Note: They Lie To You.

This was originally published on 27 March 2013.

I would assume that if anyone wants to take the time, they will find that some of the missions the church is given credit for in this article from 2013 no longer exist today (though I suspect the scientology.org website is about as fast to remove closed missions from their list as they are to remove declared OT VII’s from the list of “10,000 on Solo Nots Sometime Never.”

Again, it is unfortunate for David Miscavige and the Church of Scientology that they now have a listing of all Missions on their website. 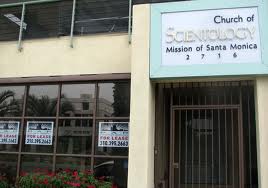 The 1993 edition of “What Is Scientology?” gives a perfect 20 year comparison of the period that Miscavige routinely calls our “greatest expansion in history”.  And that comparison is not pretty — and certainly doesnt fall into the category of “greatest periods of expansion.”

What do Ideal Orgs Have To Do With It?

As you may be aware, David Miscavige himself announced that every “Ideal Org” would be the central point for expansion in its zone – putting missions and groups in its field, and as they expanded they would create a huge new field and the original Ideal Org would become an AO and each of the Missions would become orgs and that the groups would become missions. There was a CGI graphic of this scheme that was shown at many events when he was originally trying to sell the public on this idea and convince them this was not just a scheme to make money, but truly a plan to Clear the Planet (just like the Super Power Building). Miscavige himself spent many many hours rejecting and having the video redone to his exact specifications.

Part of the plan is that every Org is supposed to have 20 flourishing and prospering missions around it that are a direct result of the Org’s Div 6 reaching out and creating new Missions and working to expand the ones they already have. It is the entire theory of Miscavige’s Ideal Org “strategy” though not much is said about it these days.

There will be more to come analyzing the state of the Ideal Orgs in detail, this post addresses the state of the Scientology Mission Network in broad terms and the success of some of these “Ideal Orgs” in “building their field” and opening or running Missions around them as feeders onto the Bridge.

It’s not a pretty picture.

The Facts as Presented by the Church of Scientology

In 1993 there were a total of 236 Missions internationally.

This is a 37% increase over 20 years – less than 2% a year. Hardly spectacular, and certainly not going to “Clear The Planet.”  But it IS better than the increase in number of orgs…

BUT – and this is a big but given the “strategy” mentioned above.

The increase is composed of 44 new Missions in Russia, 22 in Ukraine, 17 in Hungary, 16 in other Eastern Bloc countries and 17 in Taiwan.  Between them that is 116.  Meaning a net loss of 27 missions in other countries around the world.

There are two orgs in Russia, one is “ideal” and the other is not so they are on the Miscavige quota (though it must be said that the VAST majority of these missions were opened in the 90’s — NOT in the last decade — the years of greatest expansion according to Miscavige (the last 5 years) have seen virtually no growth in missions in Russia.

There is an org in Hungary – Budapest — though NOT an Ideal Org…. (hmmm, guess you don’t HAVE to be an ideal org…)

There is NO ORG in Ukraine or any other Eastern bloc country or Taiwan. (of course there is now an org in Taiwan, one of three buildings opened in the last year)

But in this time of massive international expansion the listing also shows there is no longer ANY SCIENTOLOGY MISSION (and no orgs of course) in the following countries that DID have Missions in 1993 – Ethiopia, Ghana, Ivory Coast, Sierra Leone, Zaire, Malaysia, Cuba and Honduras.

Now, let’s analyze the first Ideal Orgs as they have had the longest to achieve the desired objective of 20 missions in their zone:

Buffalo – Today it counts Albany, Middletown and Rochester.  An increase of 1 (Middletown) since 1993.

Tampa – Belleaire, Clearwater, Ocala (really Orlando Org is closest but give them the benefit of the doubt as all of these are actually missions owned and operated by Flag public). Increase of 2 since 1993.

San Francisco – There are 6 class V orgs in Northern California and who knows who claims which missions. There are 22 missions in the region today. There were 14 in 1993.  An increase of ONE mission per org in 20 years.

I would hazard a guess that many of those Missions in Russia and Ukraine are VERY difficult to find, if they even exist today.

Do Everything Possible to Avoid Closing a Mission

I received word recently that the Beverly Hills Mission (once one of the most financially successful Missions in the SMI Network) had “combined” with  the Sherman Oaks mission in order to survive. SMI insisted that they keep AN auditing room in Beverly Hills, so there would be “no mission closure”! So in those more remote areas, you can imagine what qualifies as a mission so SMI doesn’t have to report another “closure.”

It’s really embarrassing when it happens in Los Angeles or Tampa, like the Mission of Old Tampa Bay that “sprang up” and disappeared again or the much publicized “celebrity mission” of Santa Monica pictured above – or this one in Redlands which was covered in an earlier post here.

No Evidence of Expansion

Of course, Orgs and Missions are the best indicator of “expansion.”  In spite of the Shermanspeak and endless hype, there just is NO evidence of the monumental expansion — or any expansion at all!   Even according to the church’s OWN website…

And I haven’t even touched on where are the 11,ooo Scientology Orgs, Missions and related groups as so far we have only accounted for 150 orgs and 325 missions. Wonder where the other 10,525+ are?

We will examine the REAL state of one of these orgs, straight from the horses’ mouth…. What is happening INSIDE one of the original “Ideal Orgs” today. It is a heartbreaking story that is difficult to read, but lays bare the lies. Maybe Miscavige should visit an ACTUAL org every now and then instead of just showing up for Grand Opening hype fests….

More and more people are sending information to me about their stories and the current scene in their area, copies of emails and promotional pieces.  It is greatly appreciated. I am working to put it together into cohesive posts.  Keep the information flowing.