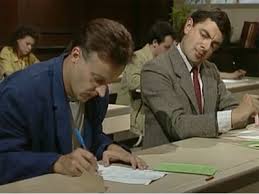 A Special Correspondent sent this in. Hilarie Rockl was formerly the DSA Vancouver and before that the CO OSA Canada. Now they are public still trying to “get in good standing with COB.”  No idea who Colleen Weinstein is. Setting up public with pre-written “personal emails” smells of desperation. Big time.
Just received this message from Ray and Hilarie Rockl of Vancouver OT Committee.  As I read it, it became hauntingly familiar.  A friend had just forwarded me a message sent to Seattle Scientologists from Colleen Weinstein.
What a freaky coincidence that their seemingly personal messages describing their experiences at Flag were identical – I mean word for word – right down to the 10,000 people at the opening!  HMMMM….
Guess this is their story and they’re sticking to it!
Share this...