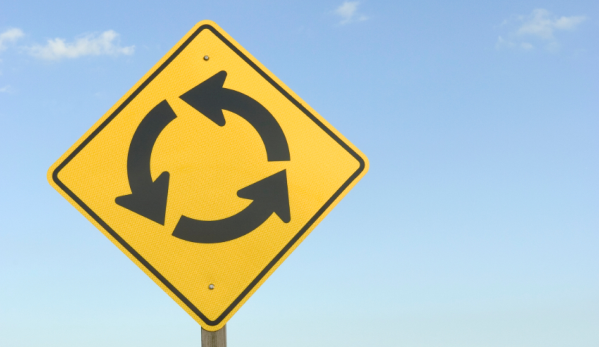 Now, remember, out in the real world, we KNOW what this “rundown” consists of.

But in the scientology bubble, it is “confidential” and is not mentioned unless you have paid your entrance fee and are ushered into the special floor of the SP building, where you are then told that this “OT Rundown” consists of….

Running in circles. Literally. For a few weeks.

There is nothing else.

You are told to run around a fixed object. And to keep running.

Now read this latest Mintzmeat hype and realize they are charging people $5,000 to do this (not including what they charge them to stay in the building and eat in their dining rooms for that time — its the most expensive one month LA Fitness membership ever and you don’t even get a personal trainer but you do get a t-shirt and running shorts).

One true statement: it IS “staggering in simplicity.” It could only be simpler if the “rundown” consisted of sitting in a chair…

And it is apparently amazing that they have learned to tell people to “run” in 16 languages. I could expand their reach by connecting them up to Google Translator if they would let anyone on the internet. Or maybe one of those little handheld translator devices would work….

Interesting facts about the Cause Resurgence Rundown you may not have known:

Here are some answers to frequently asked questions:

WHAT ARE THE PREREQUISITES TO THE RUNDOWN?

The minimum case prerequisites for the Cause Resurgence Rundown are the Purification Rundown and full Objectives case completion.  Also, one must not be in the middle of any major case action.

WHY HAVE PEOPLE COMPARED THE CAUSE RESURGENCE RUNDOWN TO AN OBJECTIVE PROCESS?

This rundown is an OT whole track Objective process like no other.  A thetan exterior process you can do in a body.

I HEARD YOU CAN DO THE RUNDOWN MORE THAN ONCE, IS THAT TRUE?

Yes, it is an OT action addressing the thetan directly, but not limited to OTs.  It can be done at many points on the Bridge – as a Preclear, a Pre-OT, and OT.  And, it is an unlimited process, a rundown you can do multiple times with greater and greater gains the higher you are on the Bridge.

HOW LONG DOES THE RUNDOWN TAKE?

On average, 2 to 4 weeks.  The length of time varies for each person and is not related to where someone is on the Bridge.

IS THERE AN AGE LIMIT TO WHO CAN DO THE RUNDOWN?

There is no official limit.  We have had completions of all ages, with the youngest so far at 12 and the oldest so far at 89.

A recent completion’s key wins from doing the Cause Resurgence Rundown:

I would love to help you come to Flag and experience this amazing rundown and Flag itself.

Please call me or write anytime for anything!

This “success” gives you some idea how people inside the bubble can be induced to say almost anything to make themselves look like they are incredibly smart for spending their hard earned cash and time AND try to persuade others to do whatever it is that they just did. Because others wanting what you already have is the definition of status. And that is the “heaven in the here and now” that scientology sells. Status.

No doubt there is some therapeutic value to running in circles — exercise is always good. Extroversion of attention cannot hurt. Focusing is a feature of meditation in many systems. But for this action to transform someone into “knowing cause over life” and his awareness and perception “increased 1000 times” is ludicrous. But it makes clear why the sheeple so easily buy into “monumental expansion” and “straight up and vertical” and “Clearing the Planet” — everyone in scientology is immersed in hype. It is part of the scientology way of life. It’s expected and if you aren’t engaging in it, you are “BI’s” and there is something wrong with you.

L. Ron Hubbard paved the way with his categorical and over the top pronouncements decreeing with utmost certainty “how things are.” He was not the shy, retiring type. And every scientologist is expected to take his word as gospel. If he says he was on Venus, one is supposed to accept it as truth. And that lays the foundation for not only accepting, but espousing oneself, more and more hype that ultimately becomes laughable.

There are those who will proclaim the wins they have had on the Running Program. And that is great. Anything that brings a peace of mind or better outlook on life or resolves their back pain is all good. Many will tell you they achieve similar things from exercising. Or yoga. Or visiting the chiropractor. If it floats your boat, sail on.

But to call this an “OT Whole Track Objective Process” (best done without a body…) is silliness. And charging people $5,000 for it is obscene. And then telling them they can do it more than once to great benefit…

It begs the question:

If this is such a wonderful “OT rundown” that can be done “anywhere on the Bridge,” why isn’t it made available to everyone in every org? It must take all of a day to train someone on how to deliver it. I read EVERYTHING L. Ron Hubbard wrote about this in about 30 minutes.

And why isn’t it delivered at COST? The prices charged for auditing are always justified with “it’s expensive to deliver, we have to have trained auditors to deliver one on one counseling.” Don’t need that for the running program. And you don’t need a $200 million building either. It costs virtually NOTHING to deliver this.

Yet, according to “F.L.” and by extension, the church, it can increase your awareness and perception 1000X and make you “cause over life.”

Why is this being denied to everyone on earth by making it a “Flag only” “rundown” and giving it some special, secret sauce status?

Of course, the sheeple inside the bubble don’t notice. They buy the hype and ignore reality. And those who are sucker enough to pay up and start running want to bask in the status of their accomplishment, so they pretend to everyone else that this is some sort of magical, “OT” thing that literally gave them superpowers.

They truly believe that this is all “what Ron wanted” because that is what they have been told. And good sheeple always accept everything they are told.

Including being led to the slaughter where they are bled dry.

Someone just forwarded this to me from FB. Someone ALREADY “re-doing” the Running Program.

It’s a status to be the first to do it twice!

Check out some of the comments in response. You’re SO awesome! 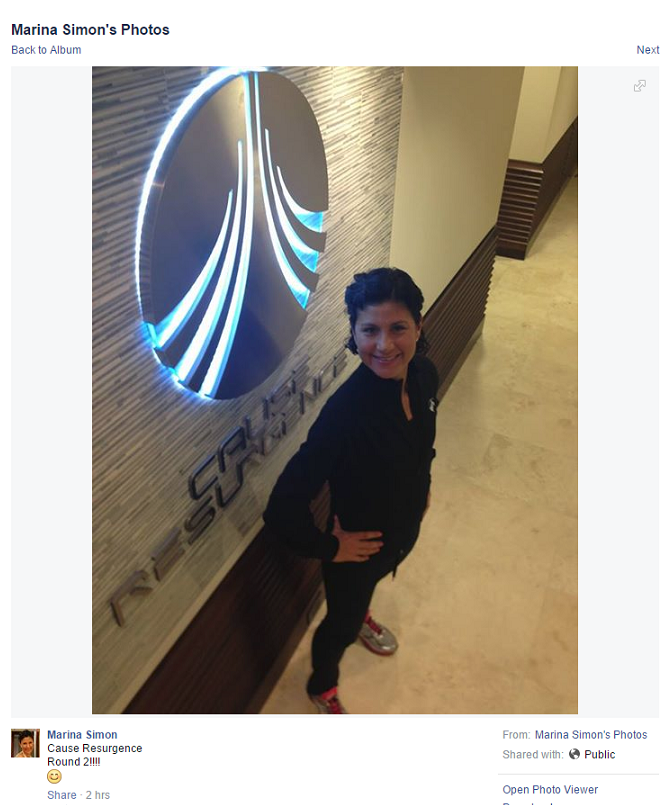 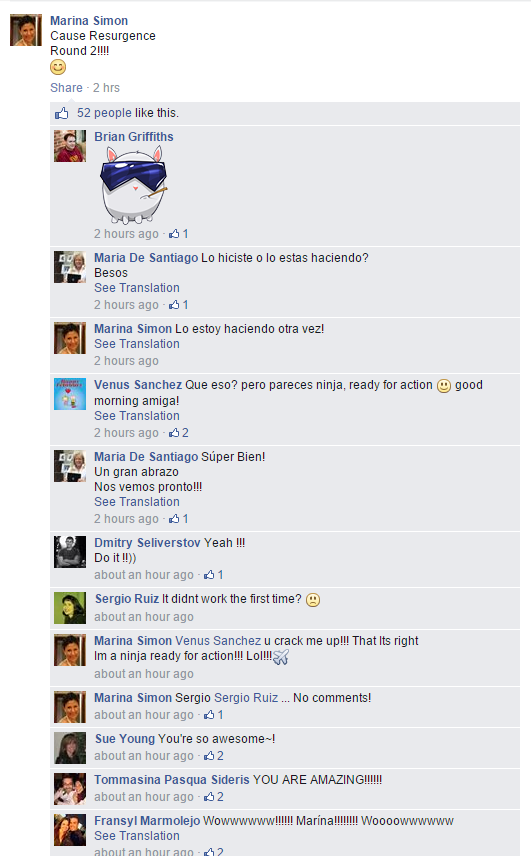