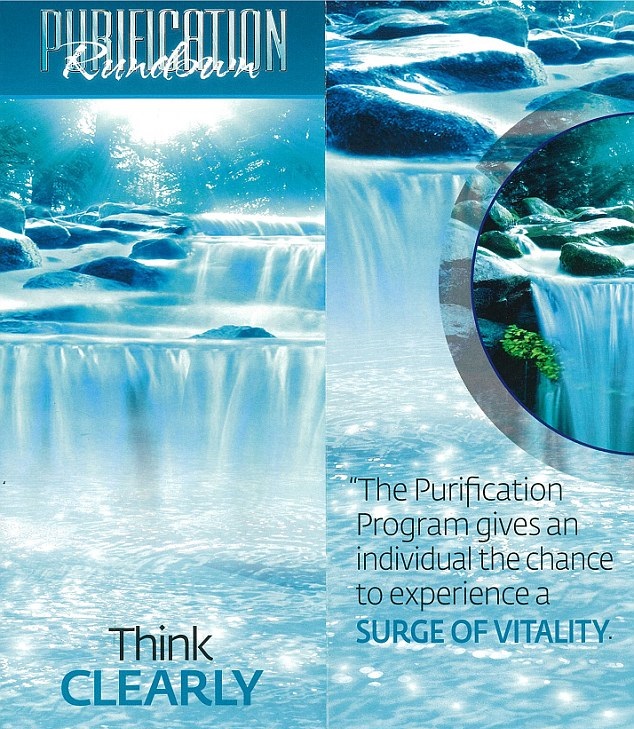 I had done an some earlier posts about the Purification Rundown, including one with an article from National Geographic “Purification Rundown Debunked” and a later one that generated a lot of comments entitled The Danger of Niacin.

A commenter responded to the first article with some interesting observations and I invited him to expand on the information he provided. I had forgotten all about it and a few days ago up popped Dr. David Schnare and provided this write-up. I am always interested in MORE information about subjects, and I think this is a valuable addition to the general knowledge on the subject. Dr. Schnare participated in some studies on the Purif and he is the first person I am aware of who has spoken about this who is not acting on behalf of scientology.

Does the Purification Rundown Work?

About 3 years ago Mike Rinder posted an article suggesting the Purif was debunked.  I stumbled over it about a year thereafter.  It wasn’t until couple of weeks ago that I noticed Mike had responded to my comment, suggesting a more comprehensive write up. (I don’t follow Mike closely and rarely his blog.  My bad.)  As well, others posed some interesting questions.  So, here is that write up.  To ease reading, I’ll pose a question, answer it, and then move on.

Who are you anyway?

First of all, I’m an ex-Scientologist.  I was never on staff and simply drifted away in the early 1990’s.  I was the first director of research for the Foundation for Advancement in Science and Education, an organization I only learned later was a front for the then Guardian’s Office.  I have a few academic degrees:  BA Chemistry, Master of Science in Public Health, Ph.D. in Environmental Management and JD cum laude.  Now retired, I spent my entire career with the U.S. Environmental Protection Agency as a health and policy scientist and then later as an enforcement attorney.  I’ve attested to OT3 (for what that is worth).  Steve Heard, then of the GO, asked me to help form FASE so as to allow scientific study of the tech.  He never mentioned that it was part of a program to get Hubbard a Nobel Prize, something I only learned later.  I joined him and conducted and managed several well-designed studies to examine the efficacy of the Purif.  We published these in the peer-reviewed scientific media.  I parted ways from FASE when it became clear they were not really interested in doing the kind of science I wanted to do, and weren’t really interested in having me on their board any longer.

Did Hubbard write the Purif?

No.  A nurse worked it up.  You can find her initials on the Bulletins next to LRH’s.  Hubbard did review her work, as he did ours as well.  She actually did a fairly good job of understanding the biology behind it all.

Let’s take that in pieces.

Does it work on BT’s?

There is no way to objectively and reliably measure the presence, absence or effect of BT’s, so any suggestion that it “handles” them is speculation (regarding both BTs and the effect of the Purif on presumed BTs).  Nuff said.

Do drugs store in the body and can they be removed?

Yep, and yep.  We found THC metabolites in both belly fat and “sweat” (actually sebaceous oil/wax).  Levels in body stores were reduced immediately after doing the Purif by about 25% to 35%.

Is sweat the major means of clearing these foreign chemicals out of the body?

Nope.  Very little mass of foreign chemicals come out in the sweat.  They do come out that way, but clearly the concentrations we found in the sweat were too small to account for the reductions in body burden we found as estimated by belly fat concentrations.  We had planned to do a more thorough study that would look at concentrations in sweat, urine and stool, to be done at Wayne State University, but their Institutional Review Board didn’t approve the study (we never found out why).  The stool (poop) is the most likely major exit point for fat-loving chemicals.  The function of bile is to break down fats into fatty acids and in the process gives color to the stool (makes it darker), and helps trap fat-loving chemicals for excretion.  Because we saw significant reductions in body burdens of fat-stored foreign chemicals, we know they had to go somewhere.  The only reasonable inference from our work is that it comes out in the stool.

Does the Purif really reduce body burdens of foreign chemicals?

Yep.  Here is a link to our most often cited paper.  https://www.researchgate.net/publication/20046351_Reduction_of_the_human_body_burdens_of_hexachlorobenzene_and_polychlorinated_biphenyls#fullTextFileContent.  We also published in Ambio, a journal of the Royal Swedish Academy of Science, available here: http://detoxacademy.org/pdfs/ambio.pdf .

The Ambio paper demonstrated two things.  There were significant reductions immediately after doing the Purif and still greater reductions four months after that for most of the chemicals we examined.

The question remains as to whether this is significant with regard to actual health or risk from these chemicals.  Well, I’m still sort of sitting on the fence on this.  Clearly, reducing the body burden of chemicals known to cause cancer has to be a good thing.  Very low levels of foreign chemicals in the body may, however, actually improve health.  It’s called hormesis and this is mainstream science.  Ed Calabrese has a useful discussion on this topic.  Basically, “the dose makes the poison”.  A large amount of a poison will damage the body and cause disease or death.  A tiny amount simply triggers the immune system and the body responds with better performance.  Ed’s paper (2017) is available here:  https://www.nature.com/articles/s41514-017-0013-z.   Keep in mind, this is NOT homeopathic medicine and I’m not endorsing that either.  Just letting you know, tiny amounts of chemicals in your body are not necessarily a problem.  Nevertheless, Dave Root and I published a piece on the potential health implications of low levels of foreign chemicals in the human body.  Take that for what you want.  It is here:  http://citeseerx.ist.psu.edu/viewdoc/download;jsessionid=320FBA49C9567556374C0CD302294355?doi=10.1.1.497.4725&rep=rep1&type=pdf

Niacin is a vasodilatator.  It has two useful effects.  It increases high-density lipoprotein cholesterol (HDL-C), the good cholesterol.  Exactly how this would improve excretion of foreign chemicals has not been studied, at least as far as I can tell. (My work on this is very dated and I have not followed the literature on this for the past 20 years.)  As a vasodilatator, niacin pushes blood up to the surface of the body.  This is a useful thing as that is where the fat is, thus niacin helps blood flows that allow fats to move into and out of the blood stream, promoting the replacement of fats that have been in “deep” storage for years with fats that are being introduced into the body during the purify.  I will say, there must be some kind of “memory” of past skin events.  We saw and recorded too many events (mostly in women) of flushing patterns associated with swim apparel, including multiple different flushing patterns, apparently associated with different apparel as previously worn by the same patient.  I can’t explain that, but I did observe it.

Is the purif any more effective than plain old increased water consumption?

Probably, but I’ve never done a study examining that.  I don’t see, however, how increased water consumption would potentiate release of foreign chemicals from deep fat stores.  Doesn’t make sense to me.

Did anybody bury studies that failed to show efficacy?

Well, I didn’t.  I have no idea if anyone else did or did not.  FASE did not while I was there.  As a matter of practice, “negative” studies never get published.  They should, but that is not how academics works today, sadly.

So, what is/was FASE up to?

I don’t know what they are doing these days.  As I departed FASE the focus was on education rather than science.  Recently I’ve tried to touch base with Jack Dirmann and Steve Heard, the two staffers who set FASE up.  Jack has failed to respond to my emails to him.  I can’t find Steve’s contact information.  Probably a disconnection thing that prevents Jack from responding.  How Steve has found a way to never appear on the internet other than as a producer of a movie once upon a time says a lot about Steve.  He was a top notch GO operative.  I send best wishes to both.  They helped me do some good science.