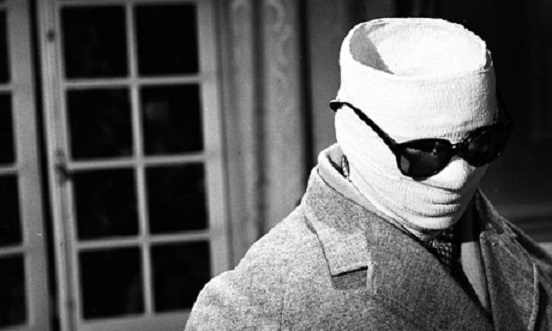 In the face of the most intense media coverage in its history, scientology is strangely incapable of stepping up and saying anything.

There is no spokesperson who even TRIES to answer questions or present the church’s “good works” to the media. Instead, they send creepy letters from their lawyers and Misavige’s nom de plume Karin Pouw, put together “attack videos” and threatening emails and tweets. And all of this outpouring ONLY consists exclusively of ad hominem attacks on the film makers, interviewees and now reporters who are covering the documentary. Everyone is a liar. Everyone is a bigot. A hater. Has an axe to grind. And unsurprisingly, all their mothers wear army boots.

So, if all these lies are being told about them and their army of lawyers is sending out legal threat letters like confetti, why don’t they sue for defamation? They have plenty of money? Plenty of lawyers? And plenty of whining about all the lies that are being told?

They are not like me or Tom DeVocht or Spanky or Hana Whitfield — we don’t have the resources to pay lawyers to sue for defamation when there is no economic damage and when the church will drag it out for years and years (see Rathbun case and every other scientology litigation in history). But the church doesn’t have those constraints. So, why no lawsuits?

The answer is threefold: 1. Truth is a really good defense to a defamation claim, 2. You have to have a reputation to damage and 3. Miscavige fears going into deposition.

So, their smear tactics are no surprise. They cannot respond to truth — if they really were lies they would be able to prove them so.  And so they are left with only one course of action — admitting things wrong and vowing to address the problems. Admitting anything is just not in Miscavige’s repertoire. Thus the only solution is attempting to undermine the credibility of the people speaking that truth and hoping that people will then conclude that their statements are lies . And they just keep hammering away on this no matter how shrill and whining they are or how bad it makes them look. Or more importantly, how much it PROVES that what is being said is true.

This response is of course is pursuant to the scientology playbook: anyone who criticizes them is a “suppressive person” seeking to “destroy man’s only hope.”  Such people should be eradicated at all costs, no rules apply.  The end of protecting scientology justifies any means employed to get there. Lies. Threats. Intimidation. All perfectly justified.

Miscavige, the man who runs everything in scientology (“Mr. Miscavige is scientology” according to a sworn declaration by one of his lieutenants) is terrified of the media. He is the guy who professes to be the one who can explain scientology and deal with “entheta” whereas in his estimation all his underlings are incompetent fools that he will not let near the media. He does not trust any of them to speak on behalf of the church (in fact, in his mind, this means speaking on behalf of him). Karin Pouw may or may not still be on post, or even alive, it doesn’t really matter. She is not seen in public and does not speak to anyone because she can’t. She cannot very well sit on Miscavige’s knee and move her jaw up and down while he talks behind her. But he can write letters and emails and sign her name to them and they can be sent out and nobody is the wiser (except to those who recognize his assertive style and telltale choice of words).

Alex Gibney asked to interview Miscavige for his film. He refused. He has not appeared in the media since the early 90’s.

Miscavige’s second in command, and the “best scientologist he knows” was also asked by Alex Gibney for an interview. Cruise also declined.

Similarly a list of other people who are identified at the end of the movie.

But now Miscavige whines from the weeds with last minute emails to the media bitching about them interviewing anyone associated with the film claiming it’s “one-sided.”

Here is some simple logic:  If someone asks you to appear in a film they are making and you refuse, and you have everyone associated with you refuse, you don’t really have a right to complain about it being “one-sided” after the fact by claiming they “refused to get your side of the story.”

And when that same scenario continues and rather than responding to the media reporting on the film, you also refuse and send threats demanding they “not proceed” — you have zero credibility.

What happened to the masters of communication and the shatterers of suppression?

They don’t have faith in their tech? Or their ability to deal with negative information? Or to present a positive side of scientology?

A favorite Hubbard aphorism that Miscavige loved to quote is “Liars are cowards and cowards are liars.”

Scientology and Miscavige are cowards and liars. And as every day goes by, they cement their status.

I would be happy to have a discussion with Miscavige on air. Call it a debate. Or with any official representative the church wants to put forth.

I am quite confident that Alex Gibney and Lawrence Wright would do the same.

And I think the people that appeared in the film would probably be willing to do so too.

Why is scientology hiding?

The answer is of course very simple.