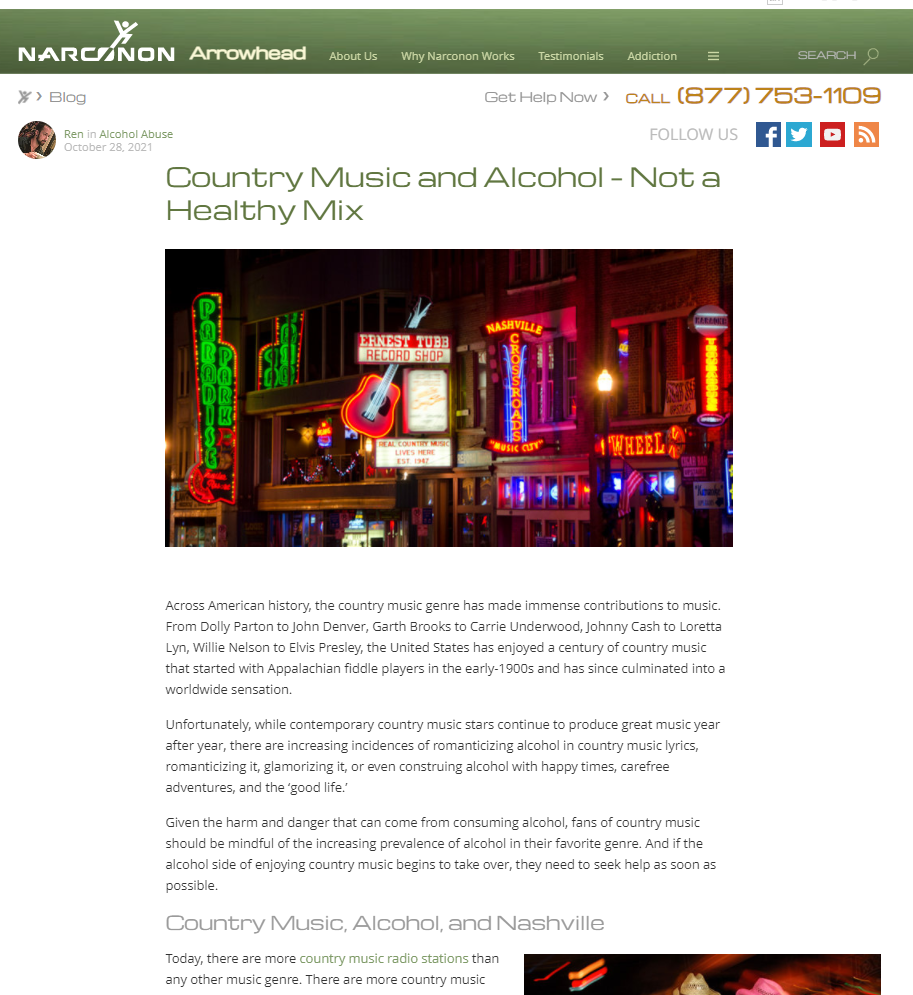 Scientology and its front organizations (like Narconon and CCHR) live in a world disconnected from reality. They seem oblivious to the absurdity of things they say and positions they take.

Given the harm and danger that can come from consuming alcohol, fans of country music should be mindful of the increasing prevalence of alcohol in their favorite genre. And if the alcohol side of enjoying country music begins to take over, they need to seek help as soon as possible.

For some unknown reason (maybe to fill space?) after this they go into details about the size and scope of country music in Nashville?

They then list — as if to prove some correlation between lyrics in country music: “435 people were killed in impaired driving accidents in Tennessee, 4,604 were injured, all from 7,272 impaired crashes. These numbers are on the rise from 2017, 2018, and 2019, in which 348, 380, and 379 Tennesseans died in impaired driving accidents.” Which proves absolutely nothing. They didnt even bother trying to get statistics for Nashville. Just the whole state.

I would guess these figures are not better or worse than any other state. But, of course, they provide no comparisons. I did a fast google search and came upon this site Drunk Driving Statistics

For more than two decades the Foundation for Advancing Alcohol Responsibility has been leading the fight to eliminate drunk driving and underage drinking. During this time drunk driving fatalities have declined 34% and among those under 21 the number of fatalities has decreased 66%. Underage drinking among the nation’s youth has continued to decline with fewer reporting drinking each year – past month consumption decreasing 54% since 1991 – while the number of conversations among parents and kids has increased.

They also have a convenient map — Tennessee isn’t anywhere close to the worst state: 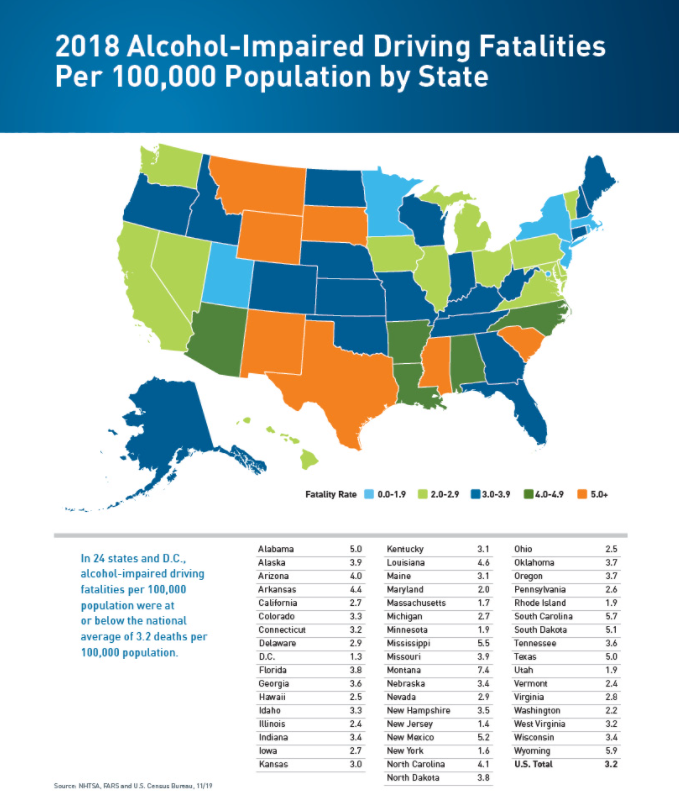 Oh well, so much for that theory.

Narconon also cite some lyrics — which is about as far down the rabbit hole as you can go. These lyrics drive people to alcoholism?????

And just for some context, here are a few snippets of famous country music songs that put a fair amount of emphasis on alcohol:

You’re as smooth as Tennessee whiskey

You’re as sweet as strawberry wine

You’re as warm as a glass of brandy

Blame the whiskey on the beer

Blame the beer on the whiskey

Blame the mornin’ on the night

– It Ain’t My Fault: Brothers Osborne

Alcohol is extremely volatile. There is no evidence that drug residues are stored in fat tissue, but there is even less evidence of alcohol “residue.”

In fact, there is exactly the same volume of evidence that Narconon is effective for treating alcoholism as there is that listening to country music will turn you into an alcoholic.

Maybe the person who wrote this was drunk?