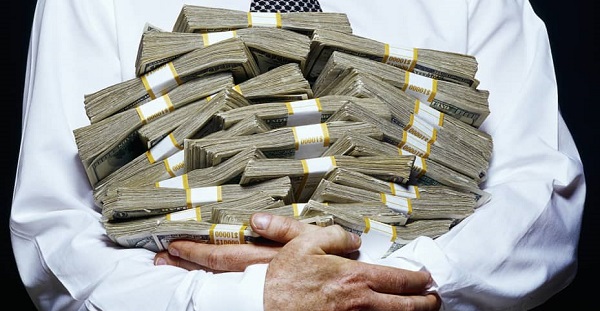 Recently, a letter from the “Claims Verification Board” came to my attention. In it they state: “It has always been church policy that anyone requesting a refund/repayment must do so within 3 months” — so of course, they denied the request for return of funds (as they ALWAYS do).

This is NOT in fact even what “church policy” says.

Let’s go through what L. Ron Hubbard said “church policy” is with respect to giving dissatisfied customers their money back (remember, the entire Victorian Inquiry came about because Hubbard refused to return a small amount of money to one dissatisfied man who then made it his mission to raise hell). And this is the policy letter he wrote after that, blaming the local organization for the failure to refund (Steve Cannane’s wonderful book Fair Game details exactly how this went down): 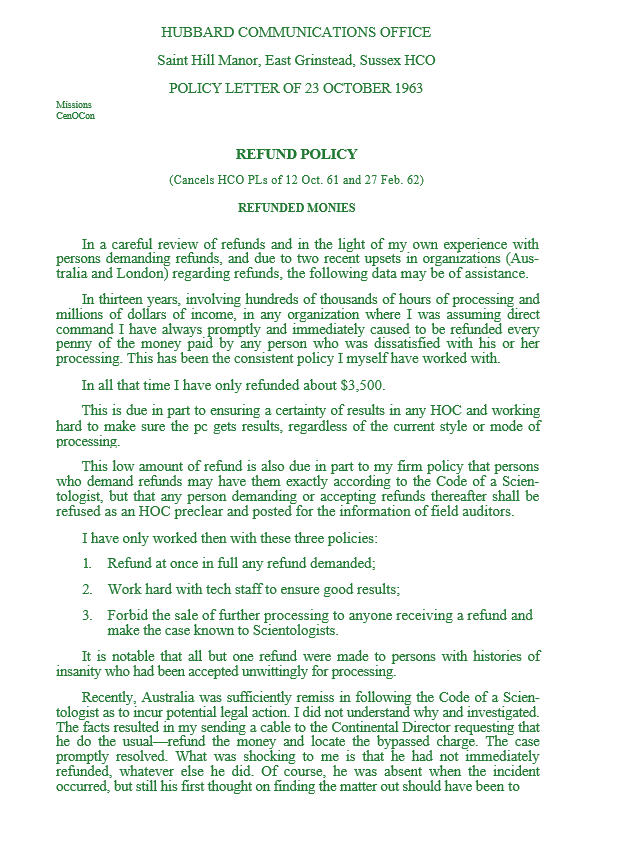 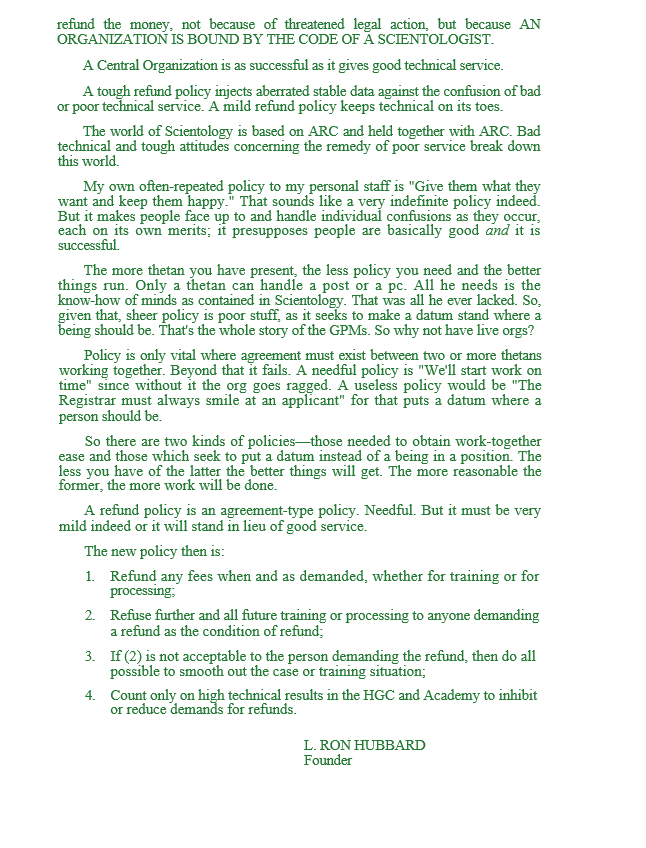 Here are some salient quotes from the above.

In thirteen years, involving hundreds of thousands of hours of processing and millions of dollars of income, in any organization where I was assuming direct command I have always promptly and immediately caused to be refunded every penny of the money paid by any person who was dissatisfied with his or her processing. This has been the consistent policy I myself have worked with.

I have only worked then with these three policies:

My own often-repeated policy to my personal staff is “Give them what they want and keep them happy.” That sounds like a very indefinite policy indeed. But it makes people face up to and handle individual confusions as they occur, each on its own merits; it presupposes people are basically good and it is successful.

These are the subsequent policies issued by Hubbard on the subject: 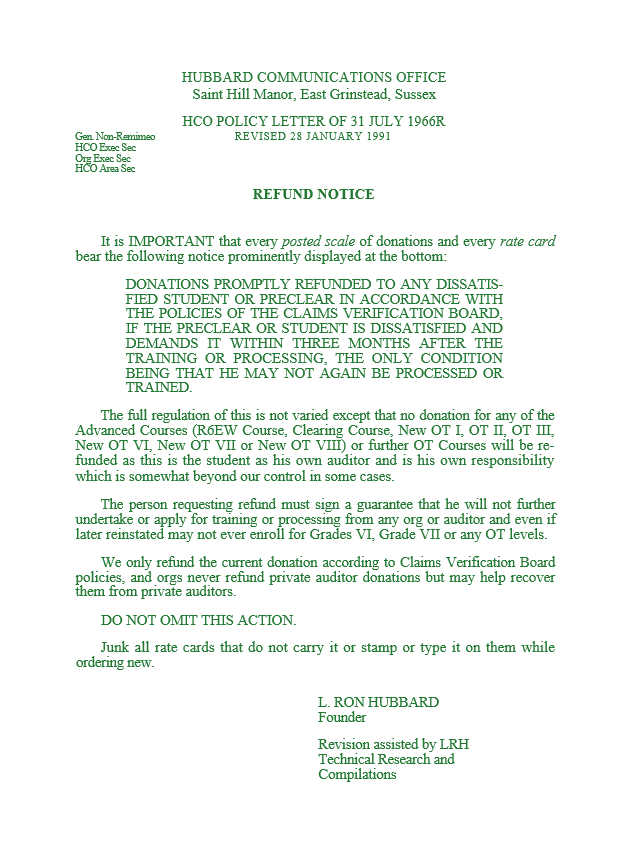 The original version of this p0licy letter of course did not include the “Claims Verification Board” which wasn’t created until many years later when too many claims for return of funds were bankrupting orgs and Hubbard needed a mechanism to slow down the amount being paid out. This policy letter originally stated the notice should say that money will be promptly refunded if you request it within 90 days. Note, there is a distinction between a REFUND which is for services that have been TAKEN, and a REPAYMENT which is money on account where the services have not been used. This policy letter was also an effort to limit the amount of money being returned by implementing the “three month” rule.

He then felt the need to make it perfectly clear the very next day, with an addition. 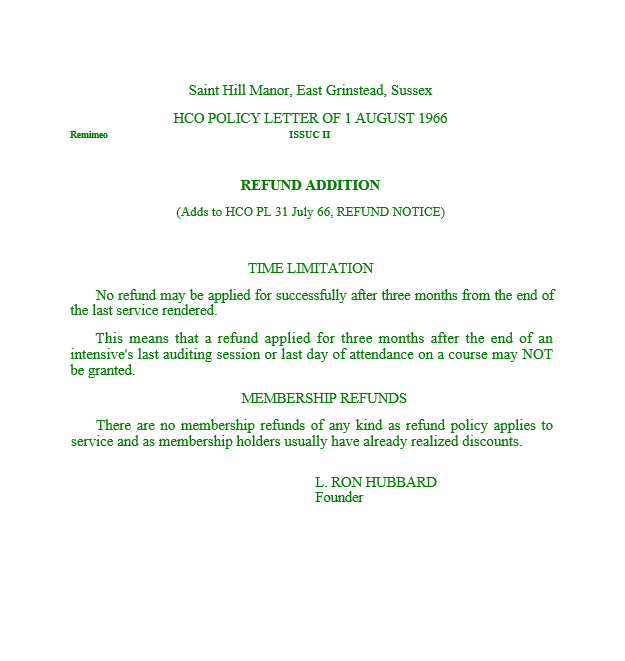 In 1974 he issued a policy letter clarifying the difference between a refund and repayment, saying they are both “covered by refund policy” — but of course there can be no 3 month rule for a service that has not been taken. 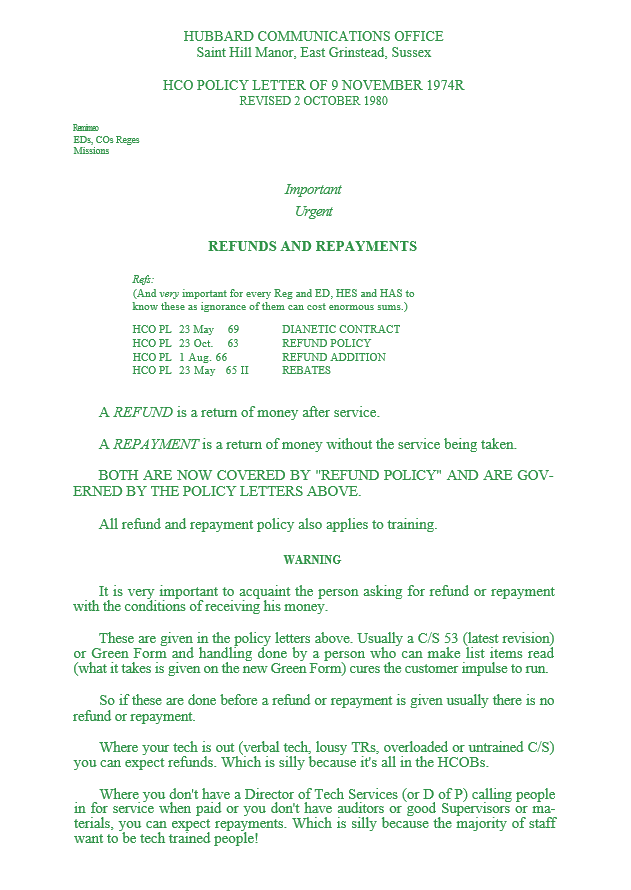 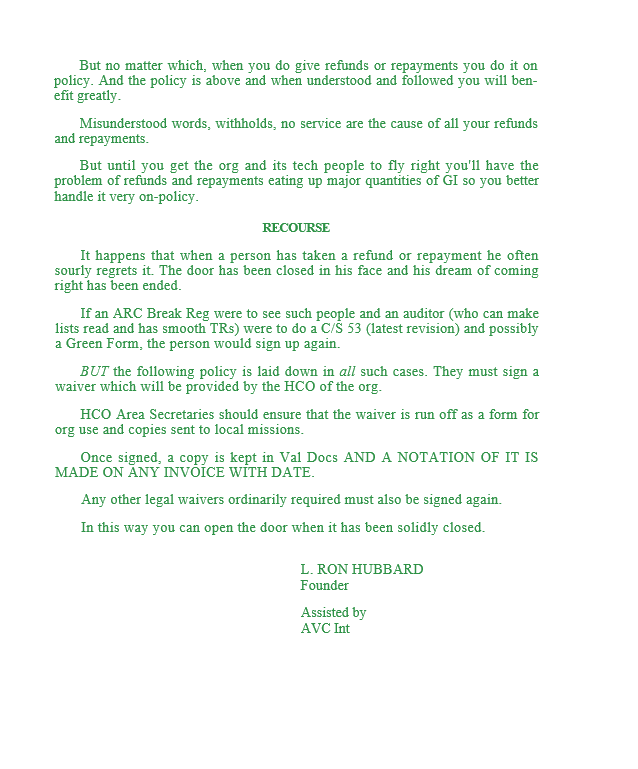 Subsequent to this, he directed the creation of the Claims Verification Board — but there is no Hubbard policy on this. It was in the days he was seeking to avoid entanglement with “scientology management” and specifically financial matters. So it was was all “advices” which were not published and the “Claims Verification Board” was established by “Board Policy Directive” rather than a Hubbard policy letter.

But, in 1993, the return of funds — whether refund or repayment — presented a real problem for gaining tax exempt status. Promising a “money-back guarantee” is indicative of a commercial transaction, not a religious one. The IRS wanted to know how this could be justified. Of course, scientology could not tell the IRS “we don’t give money back” because the Hubbard policy said otherwise (it would have been a lot easier to simply cancel all refunds/repayments…) and so they provided this statement to the IRS:

So, now the entity responsible for administering the “policies” of scientology has, in writing, conflated refunds and repayments and asserts that even repayments are bound by a three month limitation.

Whatever suits them at the moment is today’s “truth.”