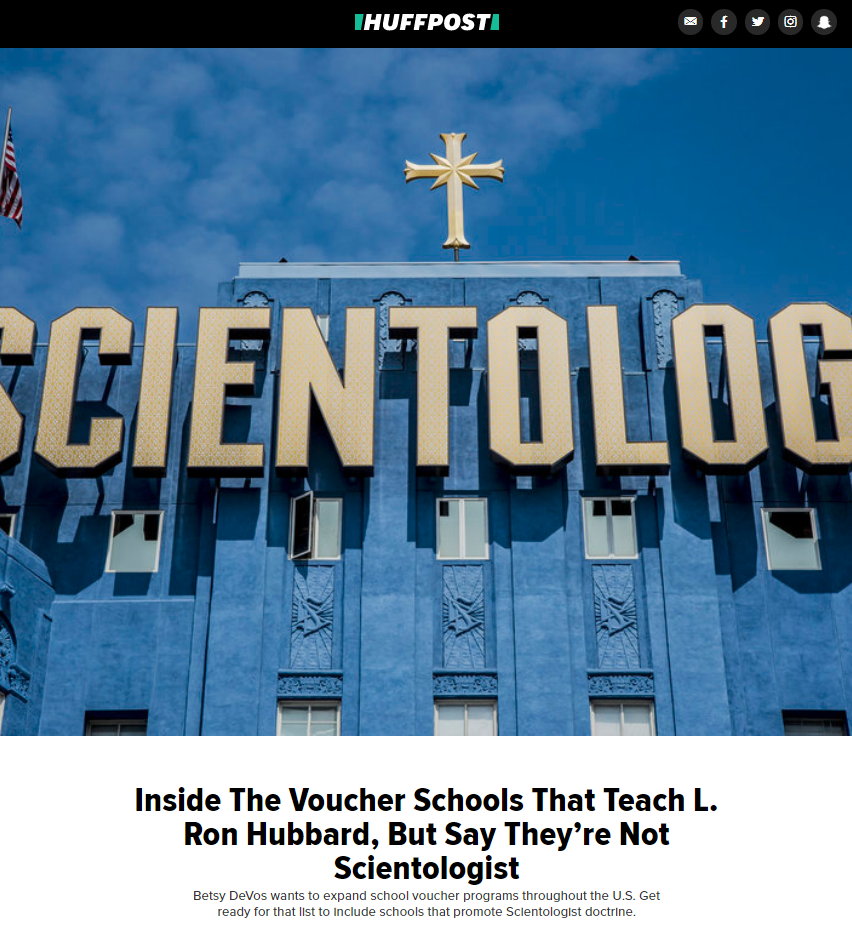 Within the article is this:

Concerning the institutions that use Applied Scholastics, Pouw wrote that “the Church of Scientology has no relationship with these schools.”

Of course, this is a lie.

Scientology takes FULL CREDIT for everything about Applied Scholastics schools unless they come under scrutiny for some reason. At which point they sound like those accused of sexual abuse  claiming”I don’t know that woman and never met her.” Scientology has done this for years.

This is the front page of the scientology.org website — you can see that scientology lists Applied Scholastics as the second group they “support.” 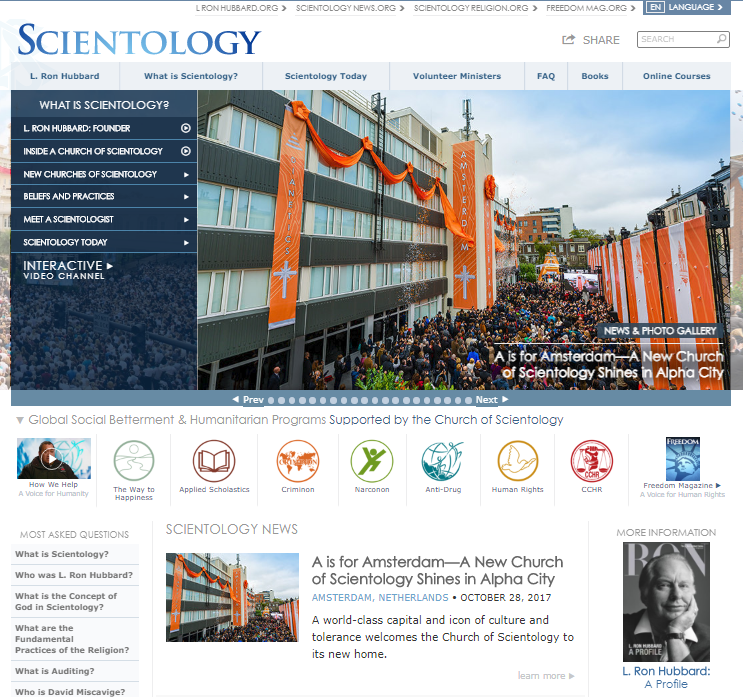 But the admission that they “support” Applied Scholastics is similar to the schools telling parents “we are not religion based.”

ABLE, the “mother” organization for all Applied Scholastics schools is entirely manned by SEA ORG MEMBERS. You cannot be in ABLE unless you are a Sea Org Member. This is how scientology describes Sea Org members on its website (boldface is mine for emphasis):

The Sea Organization is a religious order for the Scientology religion and is composed of the singularly most dedicated Scientologists—individuals who have committed their lives to the volunteer service of their religion.

The Sea Organization was established in 1967 and once operated from a number of ships. It was formed to assist L. Ron Hubbard with advanced research operations and supervise Church organizations around the world. The Sea Organization is entrusted to minister the advanced services of Scientology.

Positions in the Sea Organization are analogous to that of members of religious orders in other religions. They are at the forefront of spearheading the Church’s massive social mission, including the world’s largest nongovernmental drug education campaign, the largest human rights education campaign and many another global program that touches the lives of millions.

EVERY person or entity using anything authored by L. Ron Hubbard (very much including his “Study Tech” which is the basis for Applied Scholastics) must be licensed by a scientology organization and pay royalties. Every Applied Scholastics school pays royalties and licensing fees to ABLE who pass on the royalties to the Church of Spiritual Technology (the scientology organization that sits at the top of the scientology hierarchy and owns the copyrights to the works of L. Ron Hubbard).

Money flows from these schools to ABLE International for their “management” services and ABLE forwards money to Church of Scientology International.

This is the page from the official internal publication scientology provided its staff to explain the structure and functions of the scientology hierarchy: 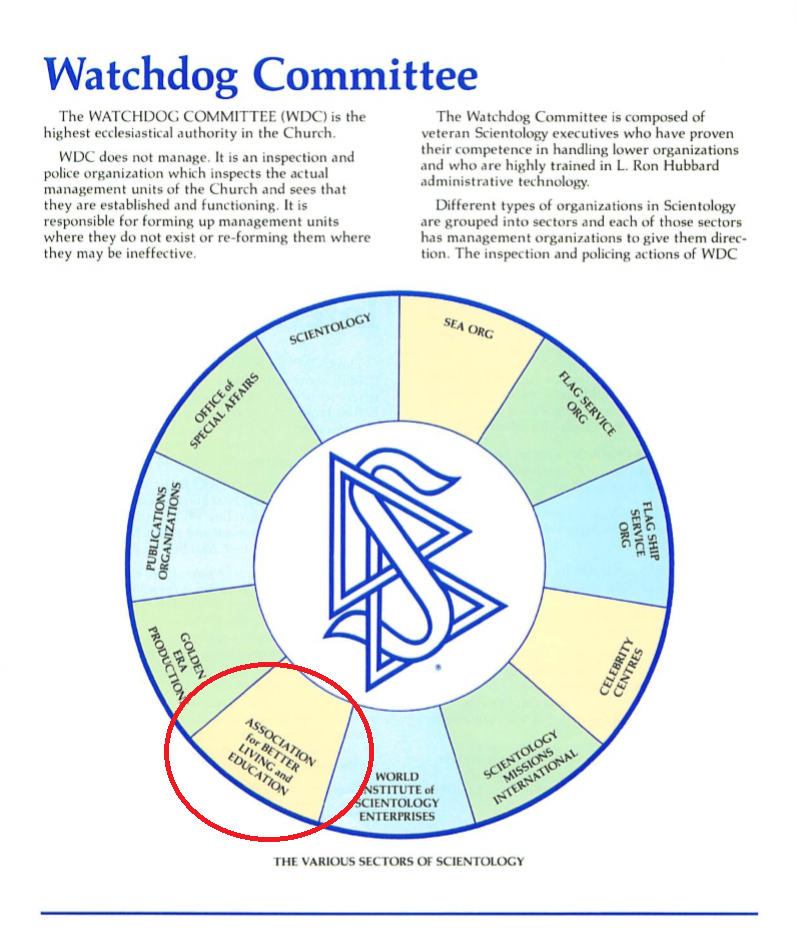 Here is another page of the same booklet that describes the “central tactical management” of scientology.

Once again, Karin Pouw’s “the Church of Scientology has no relationship with these schools” is proven to be an out and out lie: 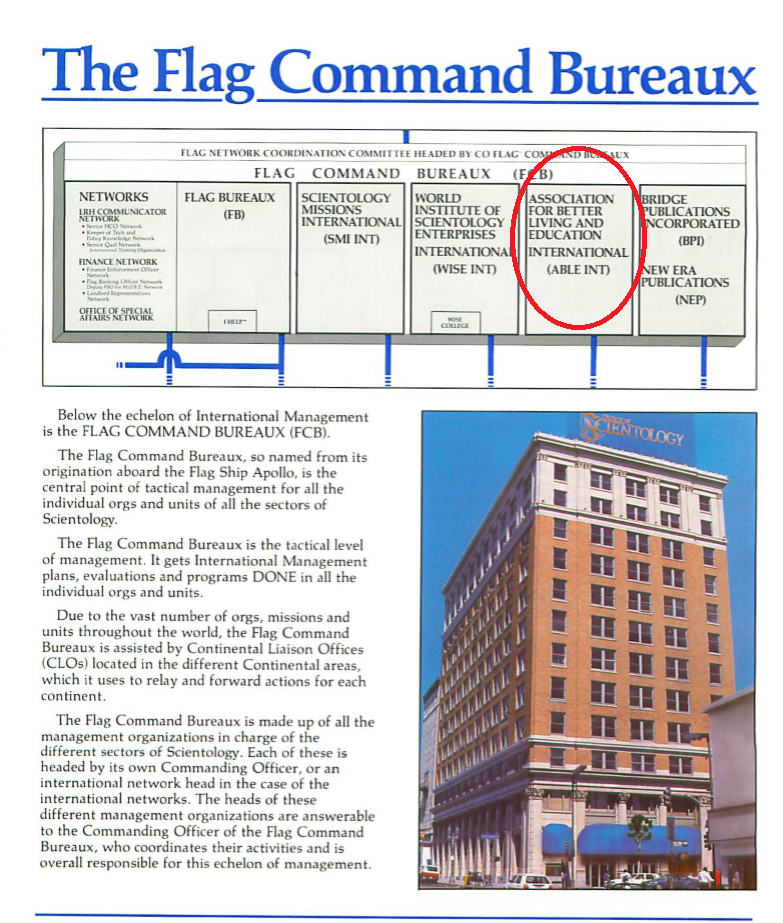 On top of this, scientology has routinely taken credit for “bringing education” to the world — they have presented numerous awards to individual scientologists (including the IAS Freedom Medal, the highest award they bestow on anyone) for their work “disseminating study tech”.

And just to put a cherry on top — here is some anecdotal proof of the incestuous relationship between scientology and Applied Scholastics schools:  a promotional item from scientology Las Vegas mentioning one of the schools covered in the HuffPo article: 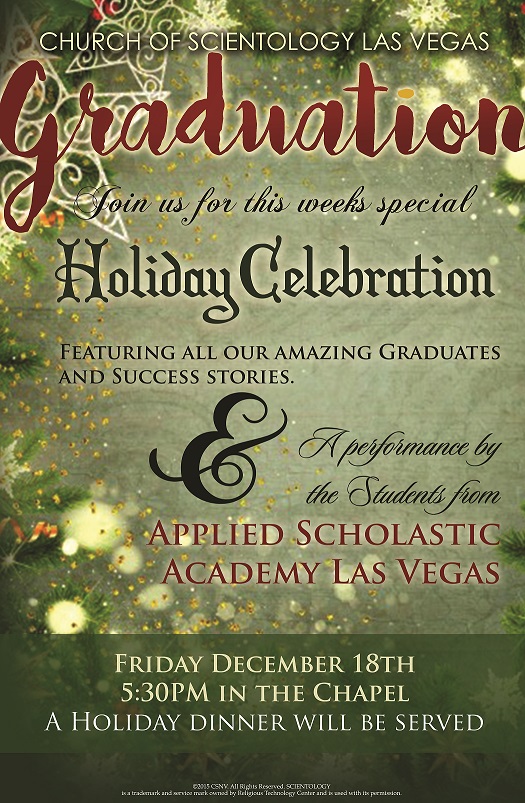