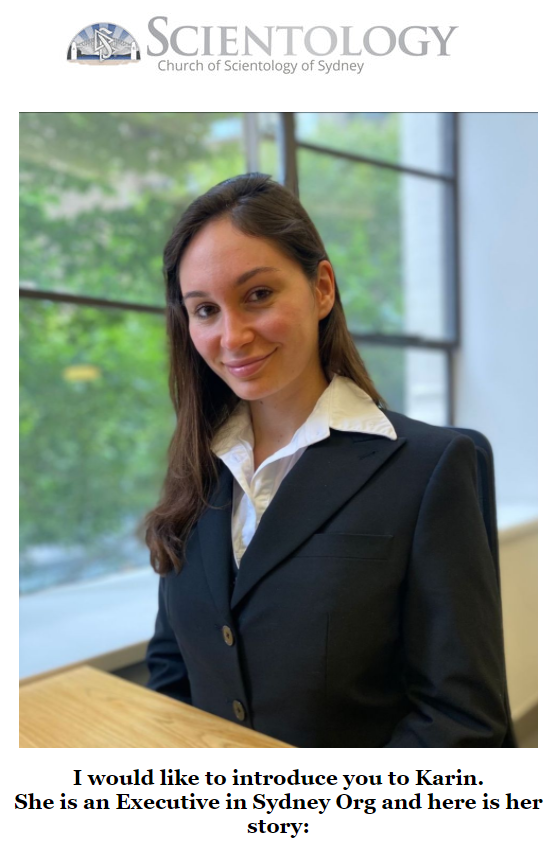 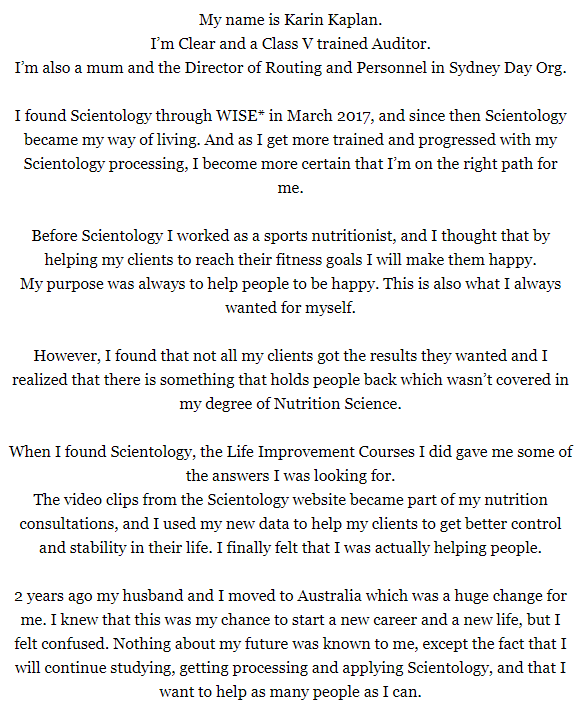 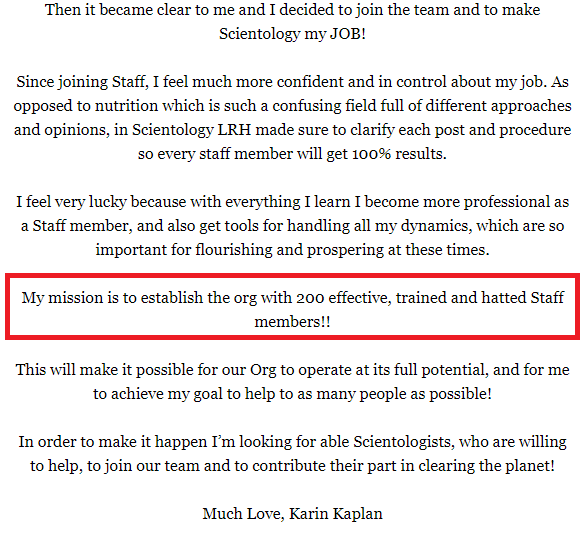 Sydney “ideal” org has gotten quite a lot of airtime on this blog as they send out promotional items that are routinely forwarded to me. Also because Australian — and Sydney happens to be my favorite city in the world (close second, London).

They, like all the other “ideal” orgs are evidence of the complete failure of this “bright idea” program in every respect other than swelling the coffers of scientology.

For those of you who have not been around scientology for the last 25 years, let me explain how this “ideal org” program got started. It was a confluence of (un)fortunate circumstances.

First, remember Hubbard’s “St Hill Size” campaign where he announced that every org needed to be “as big as the old St Hill”? His gimmick for the staff was that SH was big and prosperous when he was personally running it as the only real training location for scientology in the 60’s. He said every org needed to get up to this size in order to be “above the make-break point” — growth would be guaranteed, staff would be paid a living wage and they would also get their OT levels. This was all laid out in Hubbard’s “Executive Directives,” LRH EDs 339R and 339R-1. The “old St. Hill” had 200 staff.

In these issues, Hubbard said that any org could attain St Hill Size in a matter of weeks. All they needed to do was be “on purpose.” He said the evidence of this was that it had been done in Boston when he sent a bunch of criminal Sea Org regges who had been responsible for the “postulate check” era of false Gross Income statistics to Boston. They were given the choice of doing an “amends project”  or being declared suppressive. Boston org was stat pushed into new levels of production (which promptly collapsed again when the criminals were brought back to the Apollo — this time as heroes).

When OT VIII was released in 1988, Miscavige promised that OT IX and X would be released when all orgs were the size of old St. Hill. It became a “thing” to get OT VIII’s to join staff and take over orgs to grow them to St. Hill size. Though a number did so, none of them expanded to St. Hill size.

As time wore on, the carrot of OT IX and X got moldier and moldier as none of the orgs were making it — a few had been declared “St Hill Size” but once the stat push to get them there was done, they promptly sank back to their former levels of non-production. He needed something to keep the OT’s on the hook with the hope that OT IX and X would in fact materialize.

It is a bit of a long story, but the ideal org concept grew out of an eminent domain proceeding by the City against the Buffalo org. Scientology sued the city and ultimately won and as a result got a large new building. That became the first “ideal org” though it as not even called that at the time. Local public were forced to contribute to the renovation of the new building as that was not part of the deal in the lawsuit. Miscavige then decided to export this idea to Flag and insisted the Flag public “take responsibility” for their local org (Tampa) which was a shithole in a strip mall. This is where the heavy fundraising pressure began… Then a staff member in Joburg org was murdered right outside the org building in downtown Joburg. They had to move. The public there were forced to “solve the problem.”

Miscavige realized he was onto a good things.

He then gave a briefing at Maiden Voyage to the “OT VIII’s” where he announced that he had uncovered the “reason” why orgs were not making it to St Hill Size. It was because they didn’t have “all the elements needed” to be a full org. He used the analogy that you cannot deliver an auditing session without a meter and auditing room and pen and paper. You cannot deliver standard scientology without an org that has ALL the facilities. This necessitated a large enough building that included x number of auditing rooms and course rooms and space for his innovation of “displays” in Div 6 to get new people in (these are videos that explain scientology — he said that staff members were not good at talking about scientology so this would bypass their incompetence).

Now the OT VIII’s and OT Committees all had something they COULD do that would get all orgs to the size of old St Hill. FUNDRAISE for new buildings.

And this became the mantra.

But not a SINGLE one of these “ideal orgs” has actually made it to the size of Old St. Hill. Not one since the first “ideal orgs” in 2003.

And Sydney is once again proof of this. Though Hubbard said it should take a matter of weeks (and NEVER mentioned anything about needing a new building), Miscavige flew to Sydney on Tom Cruise’s private jet way back in May 2014 to yank the ribbon on the Sydney “ideal org.” In the 6 1/2 years since then they have NOT made it to St. Hill Size. For years they put out promo pieces (like a lot of orgs) “We Are Going St Hill Size” but it was all just wishful thinking. There is a LOT of wishful thinking in scientology — things are always “going to happen” and the planet is GOING TO BE Cleared…

Anyone with half a brain would realize this pet project is a failure — unless they were counting the money and value of assets of scientology. All the hassle of having to deliver auditing and training in order to make money has been eliminated from the equation. And the sheeple are too blind to see.