Alex Gibney has done it again. This is a disturbing, powerful documentary that everyone in the country should watch. It details how the opioid epidemic was manufactured out of the greed of the pharmaceutical industry (all the way down to CVS). It is truly a horrifying expose.   But for scientology-watchers there is a special reason for giving this a look. It shows how those with money to burn are able to buy influence over law enforcement and legislators. It is grotesque, and it is exactly what scientology has done to head off investigations in the … END_OF_DOCUMENT_TOKEN_TO_BE_REPLACED 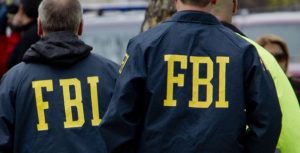 Recent articles at Tony Ortega's blog and the Tampa Bay Times recount the stillborn scientology FBI investigation based on FOI documents obtained by RadarOnline. There is not much else to say about the investigation itself, it has been covered at length by Tony Ortega, the Tampa Bay Times and Lawrence Wright, first in his New Yorker article then more extensively in Going Clear.   What is interesting is to look back at how scientology responded when asked about the investigation in earlier years. A number of people who had been interviewed by the FBI (including me) had confirmed that an … END_OF_DOCUMENT_TOKEN_TO_BE_REPLACED