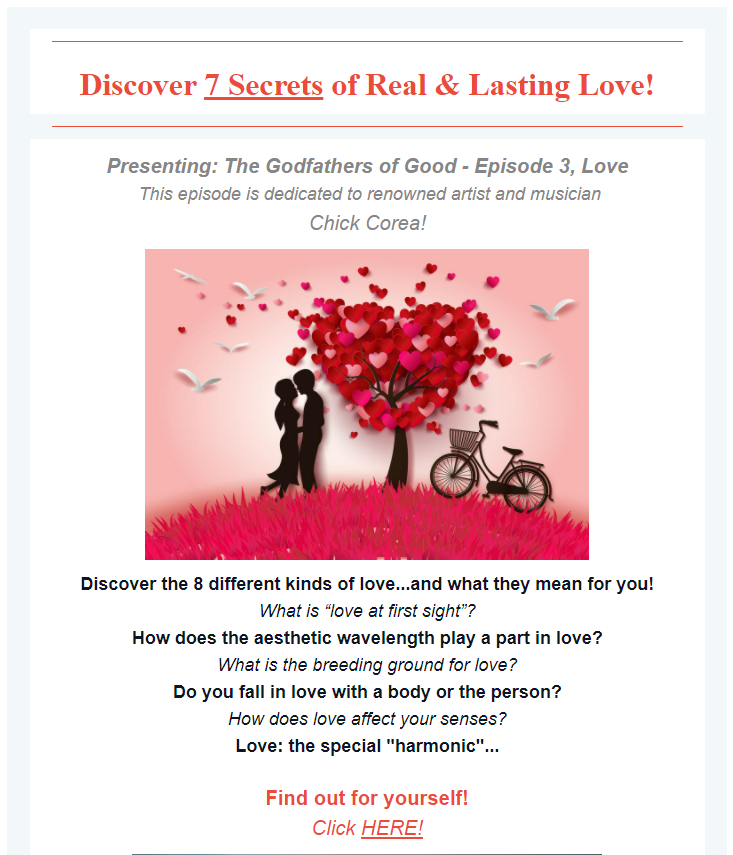 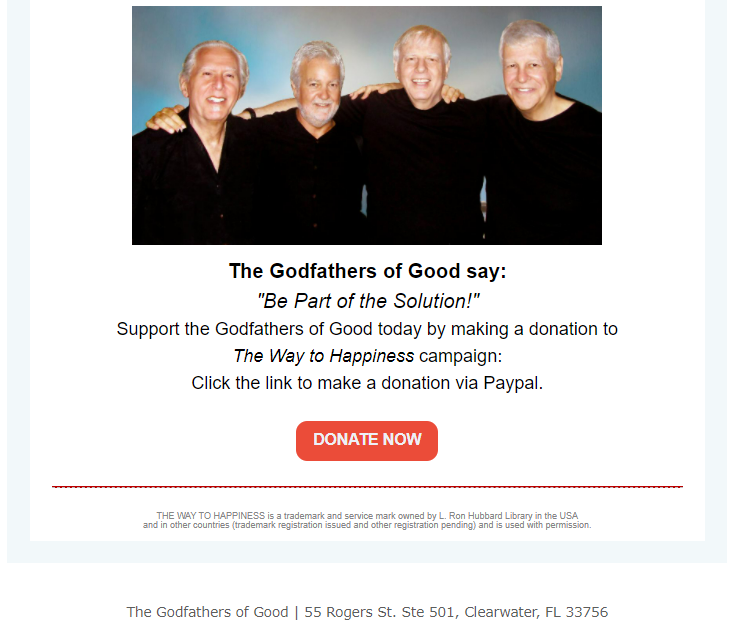 Ah, the humility of these gentlemen is a sight to behold.

It is an unfortunate side effect of being a scientologist that you believe you know all there is to know about anything and everything as long as you have read something Hubbard said about it. This gives you the right, obligation almost, to dish out advice on all sorts of subjects simply because you are a scientologist and therefore have received the wisdom of L. Ron Hubbard. With the full certainty of a brainwashed zealot, you can pass on such wisdom to others as an “expert” no matter the topic.

These 4 are experts in the subject of love?

And somehow channel this into a fundraising pitch for Way to Happiness?? Always Be Fundraising.

Don’t let their cute moniker deceive you. There is absolutely no subject I would take any advice from these people about.