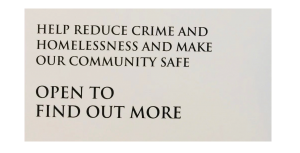 The big hype about "getting WTH into the hands of everyone in Sunland" is apparently not exactly that. Rather, it is sending out a "promo mailing" to addresses in Sunland. The percentage of people that throw this sort of thing straight into the garbage is very high. I never open 99% of these sort of generic mailings and I am sure I am not in the minority. But for the few who do -- can you imagine the disappointment of finding out that the pitch for reducing homelessness and crime is to buy copies of the Hubbard WTH booklet? Set aside the fact that the booklet is a childish rendition … END_OF_DOCUMENT_TOKEN_TO_BE_REPLACED 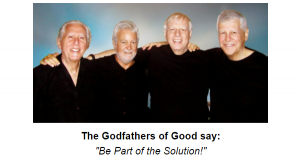 Ah, the humility of these gentlemen is a sight to behold. It is an unfortunate side effect of being a scientologist that you believe you know all there is to know about anything and everything as long as you have read something Hubbard said about it. This gives you the right, obligation almost, to dish out advice on all sorts of subjects simply because you are a scientologist and therefore have received the wisdom of L. Ron Hubbard. With the full certainty of a brainwashed zealot, you can pass on such wisdom to others as an "expert" no matter the topic. These 4 are experts in the subject … END_OF_DOCUMENT_TOKEN_TO_BE_REPLACED 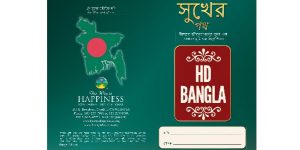 In typical scientology fashion, the WTH IC Los Angeles Org is offering "free" WTH booklets as part of trying to ingratiate themselves with this community. Of course, NOTHING is free in scientology, and this is a perfect opportunity to raise some more money! Though 200 booklets printed on their internal printing press would cost them a few dollars (just the cost of the paper itself) they are demanding that the full price of a $1 per booklet be "donated" so they can give these things away. They don't mention the fact that WTH will make a handsome profit on this - like 90 cents for … END_OF_DOCUMENT_TOKEN_TO_BE_REPLACED

You have to wonder "Why?" The Way to Happiness is about as simplistically written as anything could be. It's been dumbed down ever dumber to attract the under 6 year olds? And it has "colorful cartoons" drawn by the same person who draws the anti-psych cartoons for CCHR it seems... So, I tried to go to the website listed on the promo piece and the address does not exist. I check on Amazon and another children's book called Making Good Choices is all that shows up: I did eventually find this version. I checked a few pages. They HAVE dumbed it down, though the concepts are … END_OF_DOCUMENT_TOKEN_TO_BE_REPLACED

This is an odd one. But it’s another example of the falsehoods pushed out by scientology on a routine basis. Scientology tells people the Way to Happiness is “non-religious” - the book doesn’t even have Hubbard’s name on it except in tiny print on the back. It is something used to gain footholds in society and the theory (like with Hubbard's fiction) is that when people find something good or enjoyable about it, they then discover what else Hubbard has written and want to read that. No matter what the PR statements, the ultimate objective is always the same. Get more people using … END_OF_DOCUMENT_TOKEN_TO_BE_REPLACED 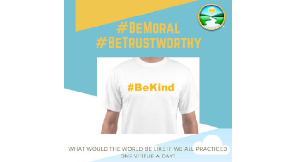 The people desperately in need of following this advice are scientologists themselves. The lack of kindness demonstrated by scientology in destroying families and relationships is known by the world. It goes on every day. Their approach to anyone that does not agree with them and speaks their mind is equally renowned: Destroy them utterly. Cost them their jobs. Find what they are seeking to protect and threaten it in order to silence them. Kindness? Hardly. When you "discuss the precepts" perhaps you could also discuss how you plan to implement them in your own group. … END_OF_DOCUMENT_TOKEN_TO_BE_REPLACED 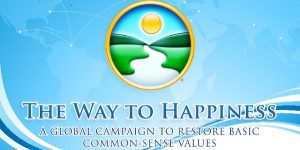 Before the "Colombian Miracle" where, according to scientology, distribution of The Way to Happiness reduced crime in Colombia by 90%, there was the Venezuelan Phenomenon -- the Way to Happiness literally "saved the nation." Two of the earliest IAS Freedom Medal winners were awarded their bauble for getting the WTH used by Government agencies that "saved the nation" blah blah. Then Ruddy Rodriguez and others followed, each having accomplished incredible feats of distributing TWTH to even more miraculous results. I would bet there have been more IAS medal winners from Venezuela than any other … END_OF_DOCUMENT_TOKEN_TO_BE_REPLACED 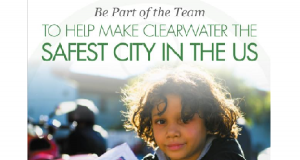 This is more of the scientology bubble crazy on display. They have been convinced that handing out copies of the Way to Happiness "reduces crime" and "brings calm" to neighborhoods. Why do they believe this? First is because L. Ron Hubbard proclaimed this to be the case. He determined that problems in society all stemmed from the lack of a moral code, and that by distributing HIS it spread calm and peace and bring about miraculous changes. And of course, if L. Ron Hubbard says not enough smoking is the true cause of cancer, that LSD is stored in the fatty tissues of the body or that … END_OF_DOCUMENT_TOKEN_TO_BE_REPLACED 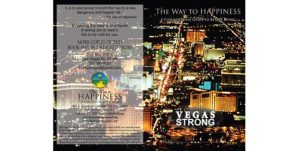 The crazy disaster capitalism in the scientology world is a constant presence that never seems to take a break. As long as there are natural or man-made disasters in the world there is an opportunity for scientology to make some money. As I have pointed out many times before, they are not asking for money to send these out at COST, they are selling these with a large profit margin built into the price. And as I have also commented on: why isn't the IAS springing the $50,000 it would COST to do this mailing? They certainly have the money. Finally, how do they think this is going to … END_OF_DOCUMENT_TOKEN_TO_BE_REPLACED 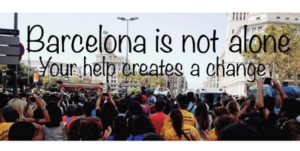 It is as predictable as night following day. A disaster, man-made or natural, hits the media and scientology hits the "give us your money now" button. I have pointed it out many times in the past -- this is EXACTLY what the IAS says they use people's donations for. The IAS proudly proclaims it is they who see that Volunteer Ministers ("the largest private relief force on earth") are on the scene "of every major disaster no matter where it occurs on earth" to bring the help that ONLY scientologists can (as Tom Cruise famously said -- ONLY a scientologist can help people injured in a car … END_OF_DOCUMENT_TOKEN_TO_BE_REPLACED

I am continuing my work to expose the abuses of Scientology on my podcast with @mikerinder.

Our podcast is called "Scientology: Fair Game" and we already have 71 episodes up for download.

Tune-in wherever you get your podcasts or visit http://fairgamepodcast.com.

Friendly reminder: all 3 seasons of @LeahRemini #ScientologyTheAftermath are available on @netflix and @AETV. If you haven't seen it, please check it out. Truth is poison to #scientology and this series provides a large dose. We must end the abuses of #scientology.

On the latest episode of our podcast, @mikerinder and I answer listener questions.

A listener asked if David Miscavige would ever leave his position or leave Scientology altogether.

Tune-in wherever you get your podcasts or click here: http://fairgamepodcast.com