A Special Correspondent sent this to me and it is an interesting study for a couple of reasons.

First — you can see the contempt LRH had for The Auditor being “damagingly commercial” and  “putting emphasis on speed through courses.”

How do you think he would view the current scene in scientology?

The statements made in this Auditor are positively pathetic compared to what is said today about the “speed up the Bridge” and with GAT II ESPECIALLY focused on the “speed of training.” But even worse, commercialism pervades EVERYTHING in scientology these days — it is ALL about the money.

Below this issue is a full copy of Auditor 35 so you can see what it was that got him so pissed off.

But there are some other fascinating things in this issue which I noted below. And something that even surprised me. 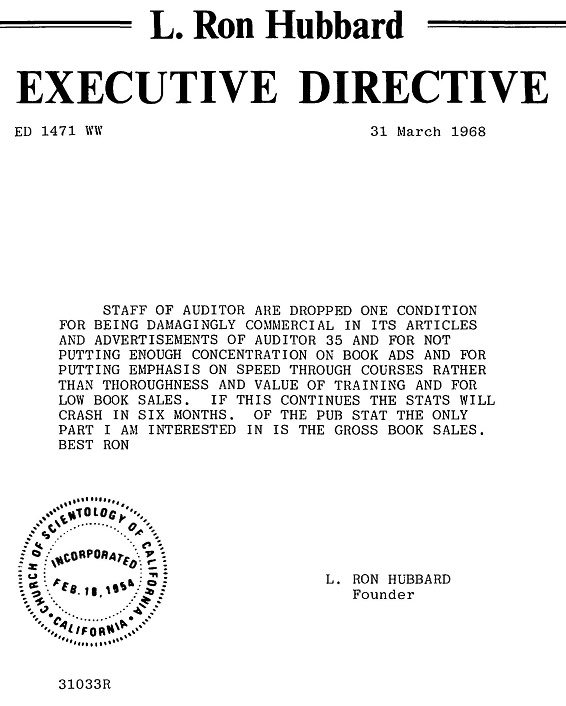 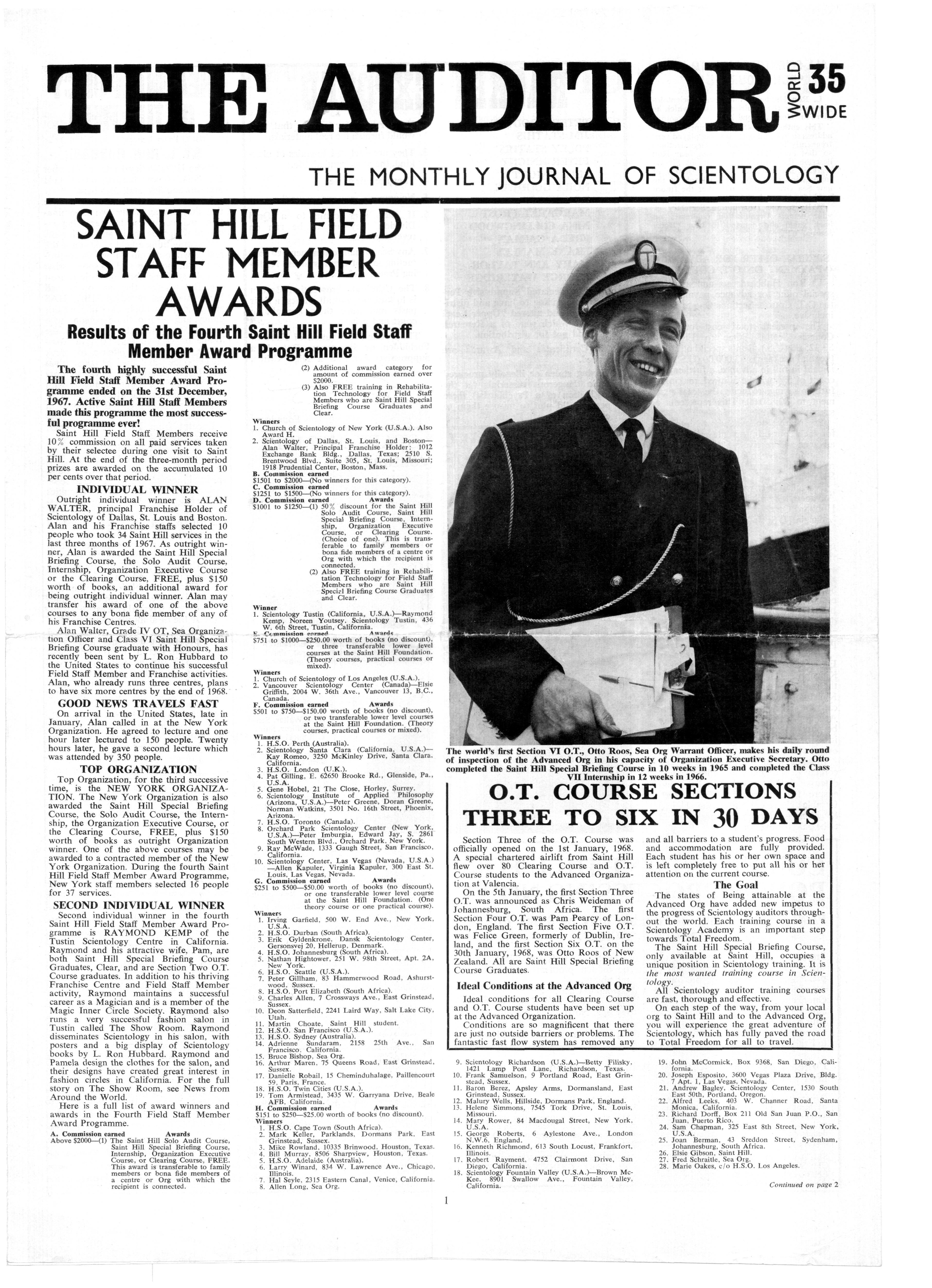 Featured prominently on the front page — Otto Roos. Soon to become an internationally reviled SP. Along with virtually every other name you see on this front page. Ray Kemp. Allan Walter. Baron Berez. I am sure there are others. This is a theme that runs throughout this magazine. Just how many people who were the “leading lights” of scientology fell into disfavor and became “overnight suppressives.” This is NOT a new phenomena. It has been going on since the days of Dr. Winter and Don Purcell. 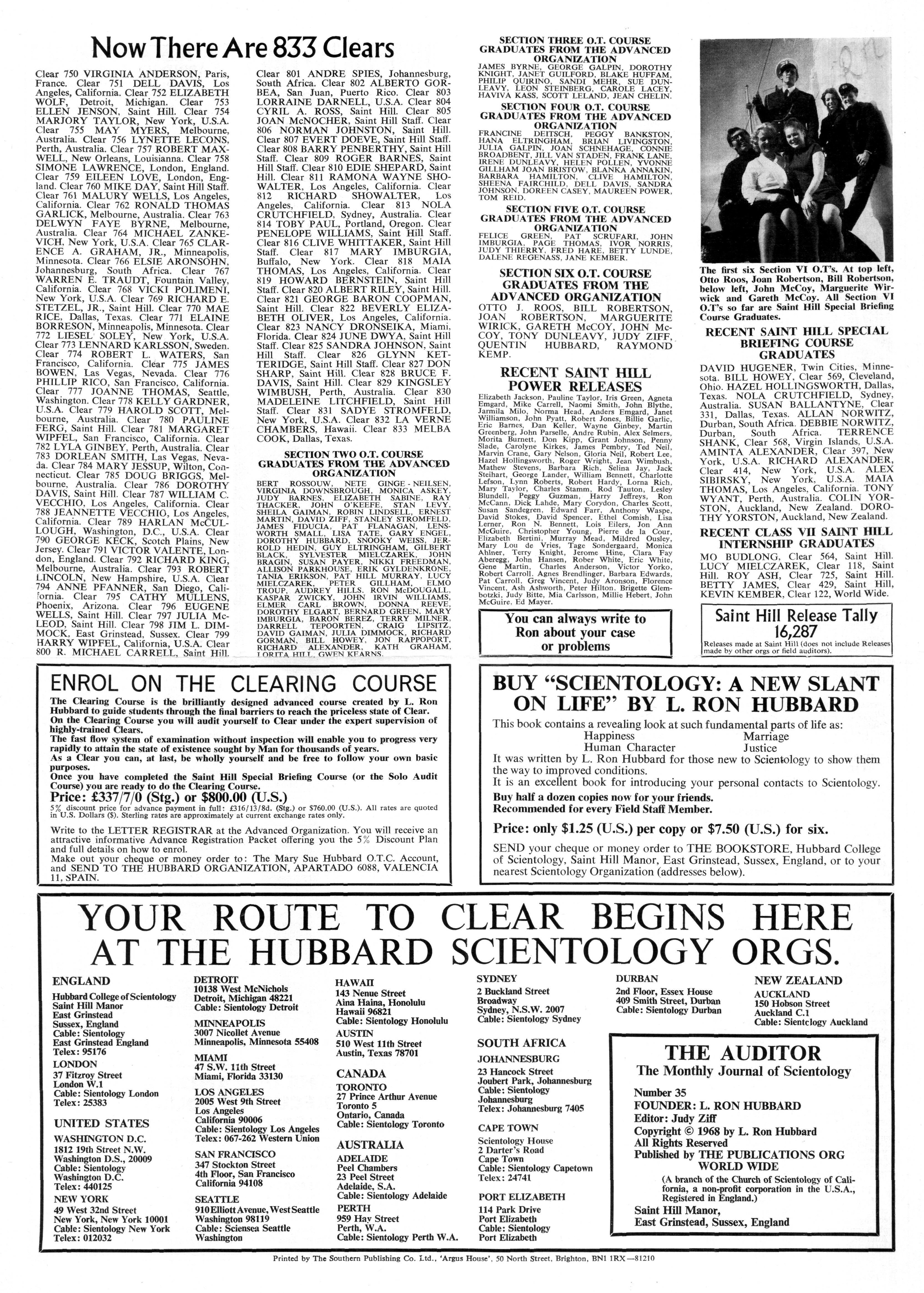 Here we go again — the stars who became “SP’s” are legion on this page too.

I wonder what percentage of these people still consider themselves Scientologists? Probably a tiny percentage. 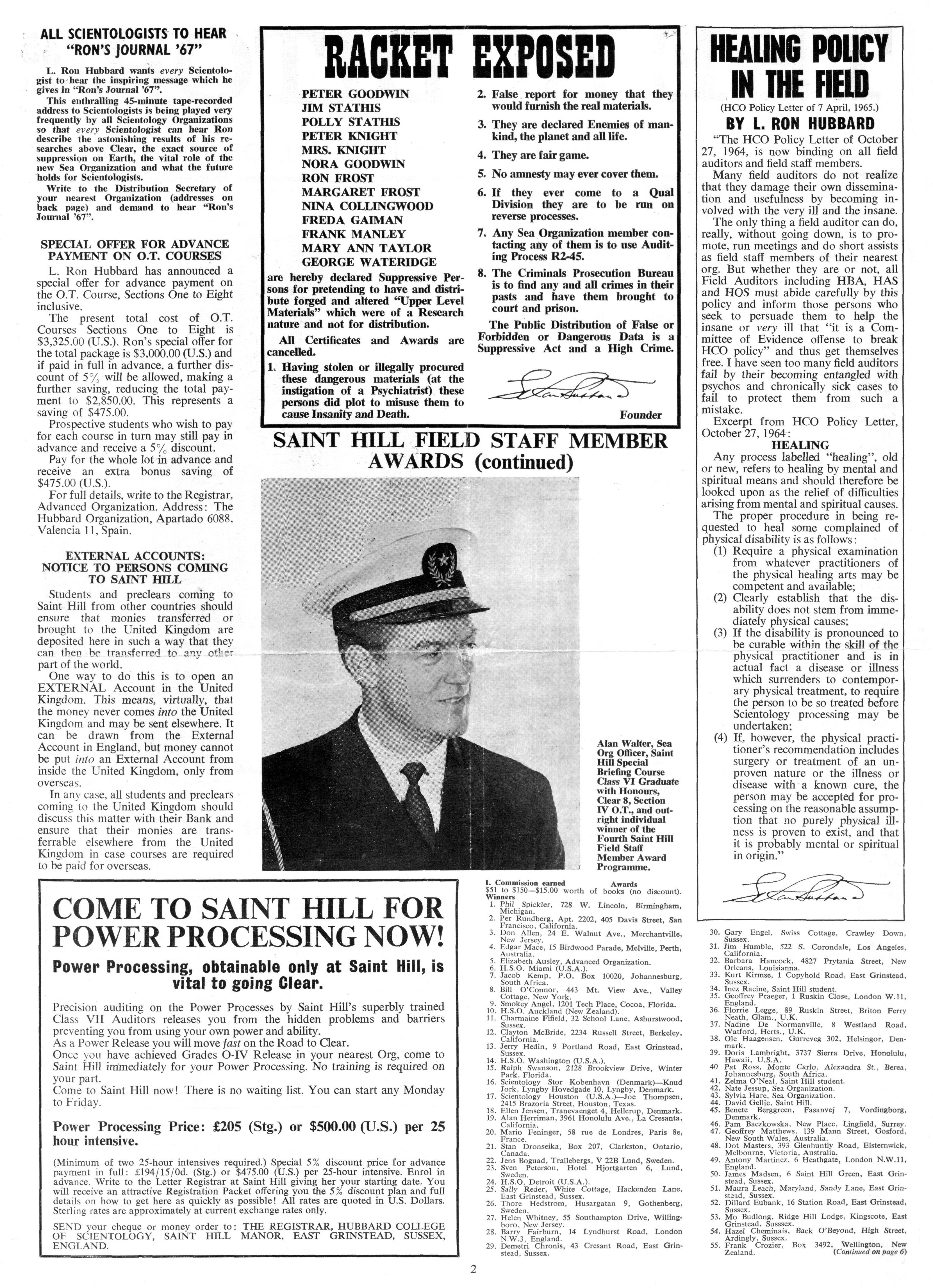 “find any and all crimes in their pasts and have them brought to court and prison.”

These commands from LRH are NOT “tongue-in-cheek” or “jokes.” They accompany other statements that are clearly not intended to be anything other than “fact.”

For any who still hold to the notion that the abuses within the church of scientology all emanate from “others” and that “if LRH knew he would not sanction it”, time to wake up and smell the coffee. It’s not all rainbows and butterflies.

This is reality. The practice may have been canceled due to bad public relations (and I am sure this generated some bad public relations) but the fact remains these statements were published in the international magazine of scientology for EVERY scientologist to read. Remember the old motto “If it isn’t in The Auditor, it didn’t happen.” Well, it IS in The Auditor and it DID happen. And the excuse that the meaning of Fair Game was “misinterpreted” and it ONLY meant that people were not permitted recourse to scientology justice is as big a lie as Hubbard ever told. 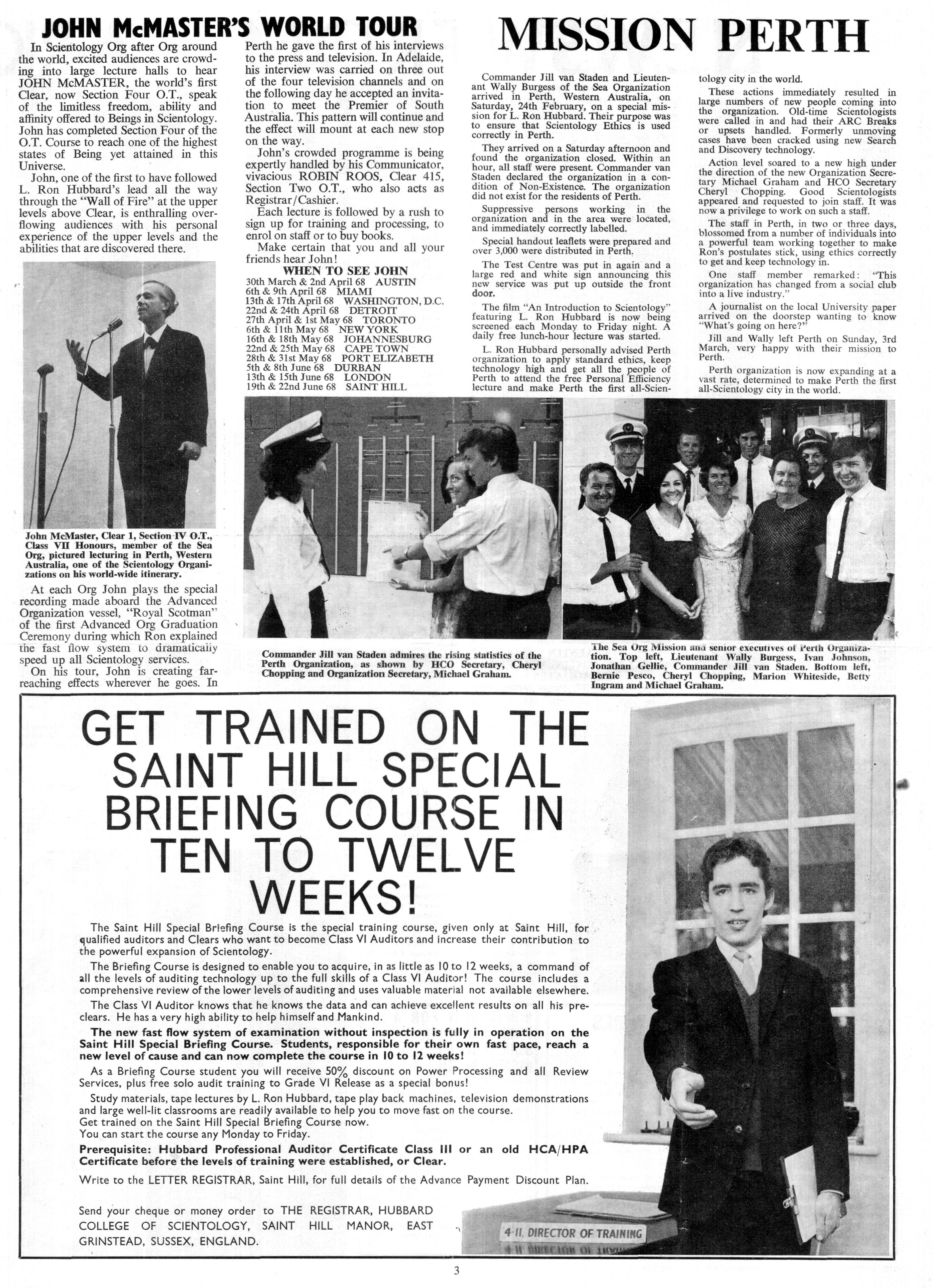 Again, featured prominently is “Clear 1” John McMaster, on a world tour. He would soon become an “SP” — though he was personally supervised and CSed through the Clearing Course by LRH? How is this possible? 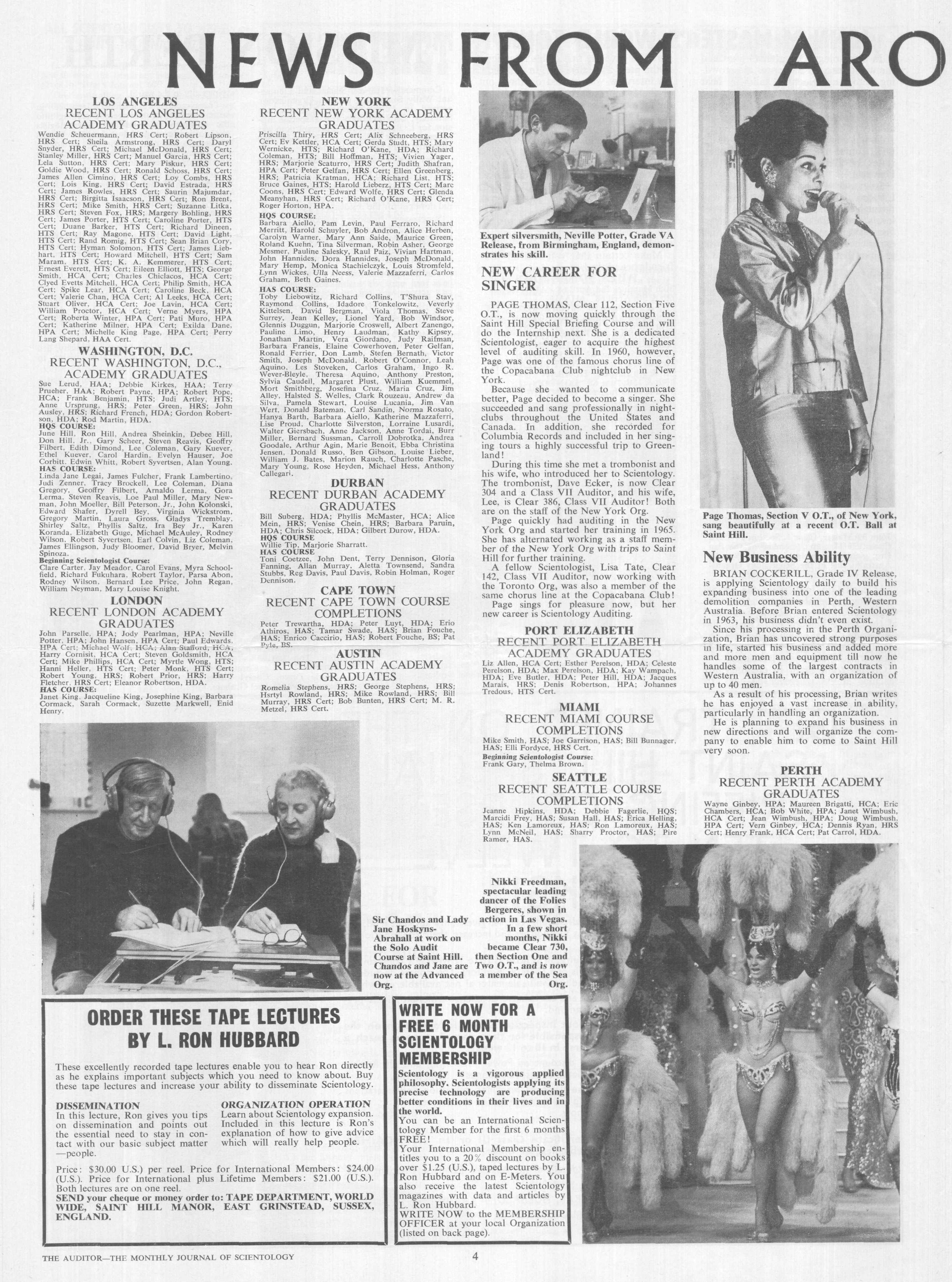 Gotta laugh at this page. Neville Potter is still around. He was the spy for Miscavige who was with Mary Sue after she was released from prison and until she died. Today he is the “comm line” to Arthur, Suzette and Roanne — performing the same function.

Showgirl Nikki Freedman would go on to become CSG Assistant — Mary Sue’s right hand and much feared. She married Rick Merwin and left the Sea Org, though I don’t remember when. 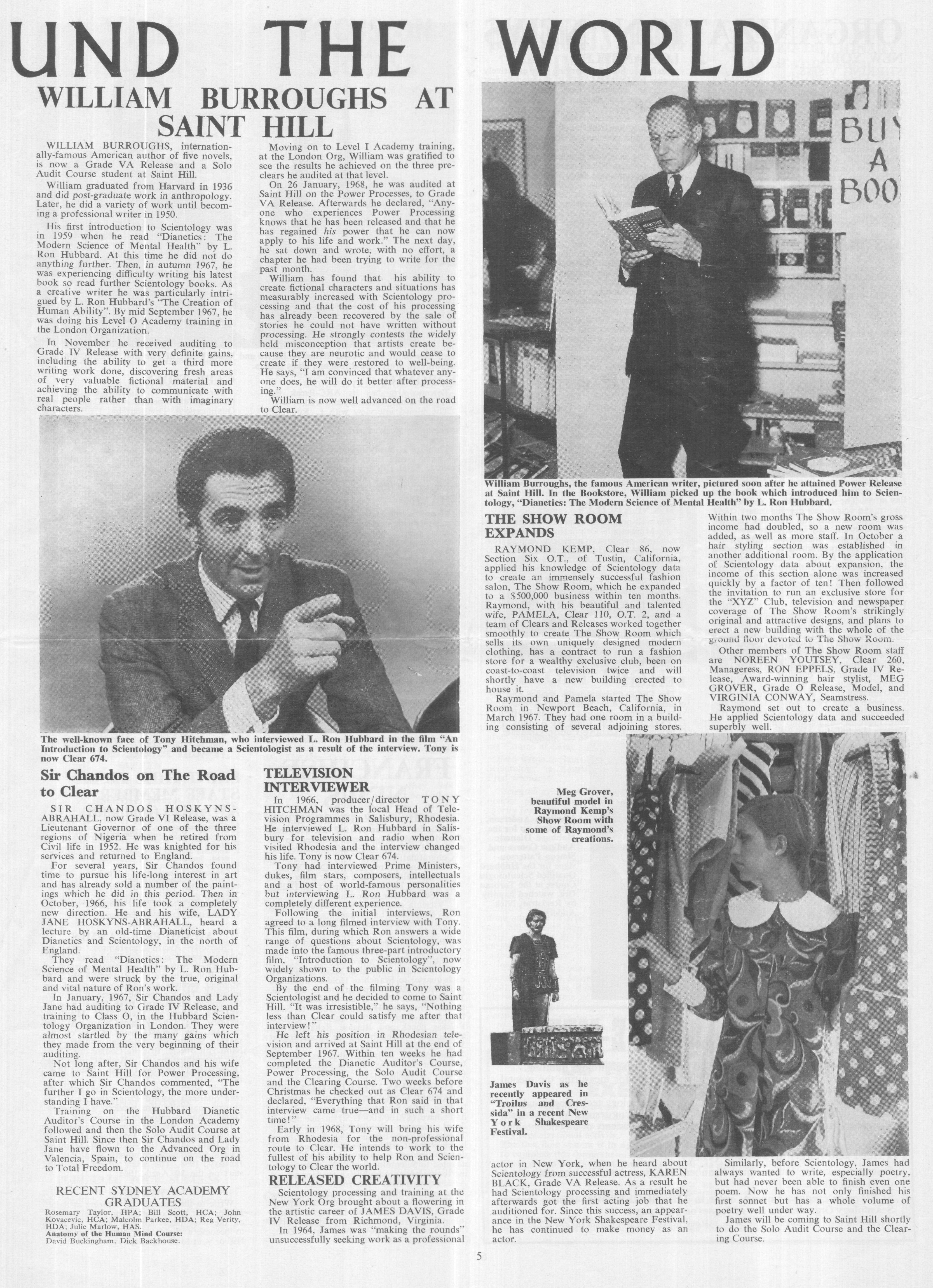 William Burroughs being promoted as a “big catch.” That did not last long either. 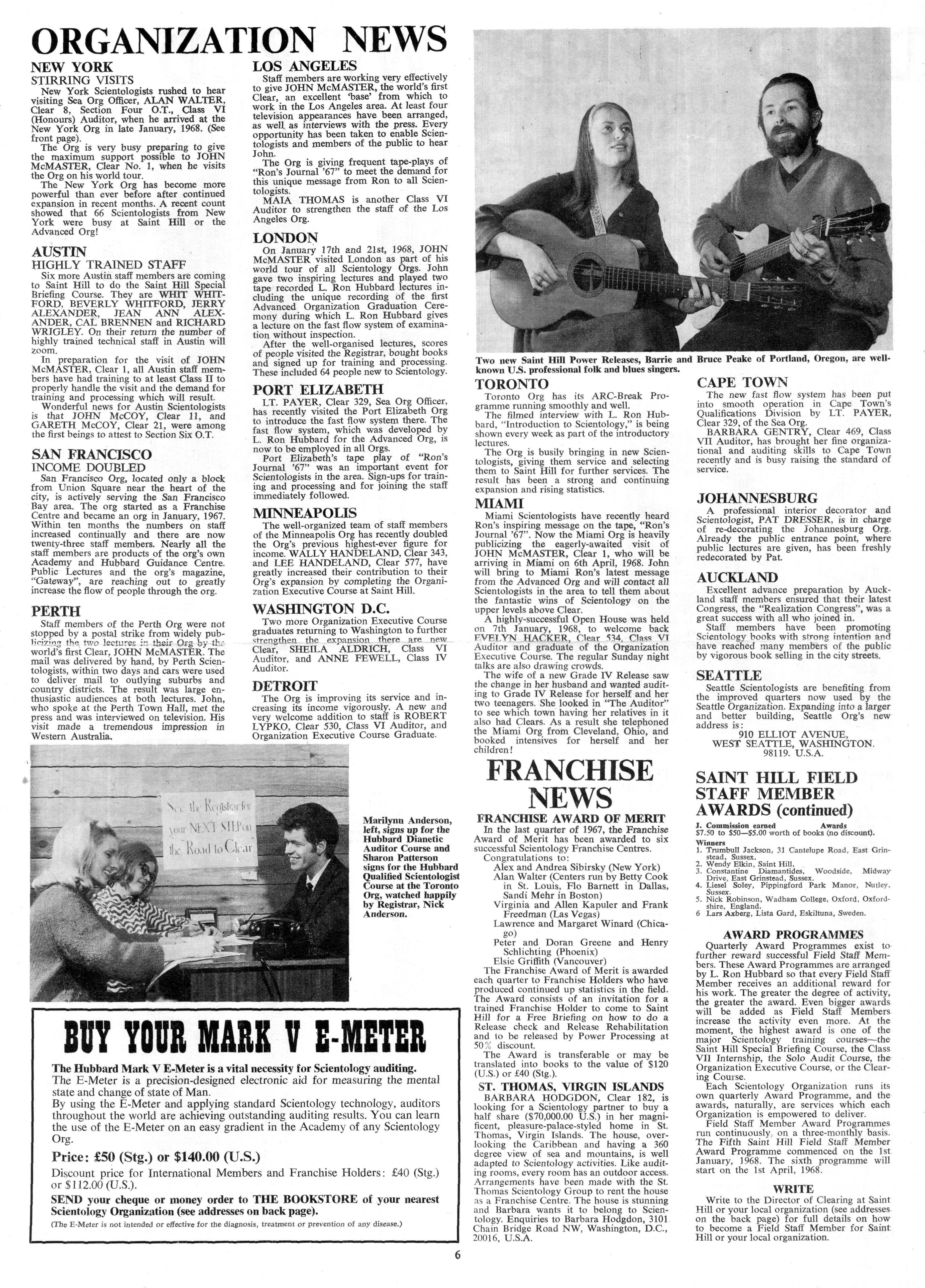 Again, the page is FULL of “SP’s”?  How is this possible? It is WAY more than 2 1/2%. And these people were not all “declared by the Miscavige regime.” 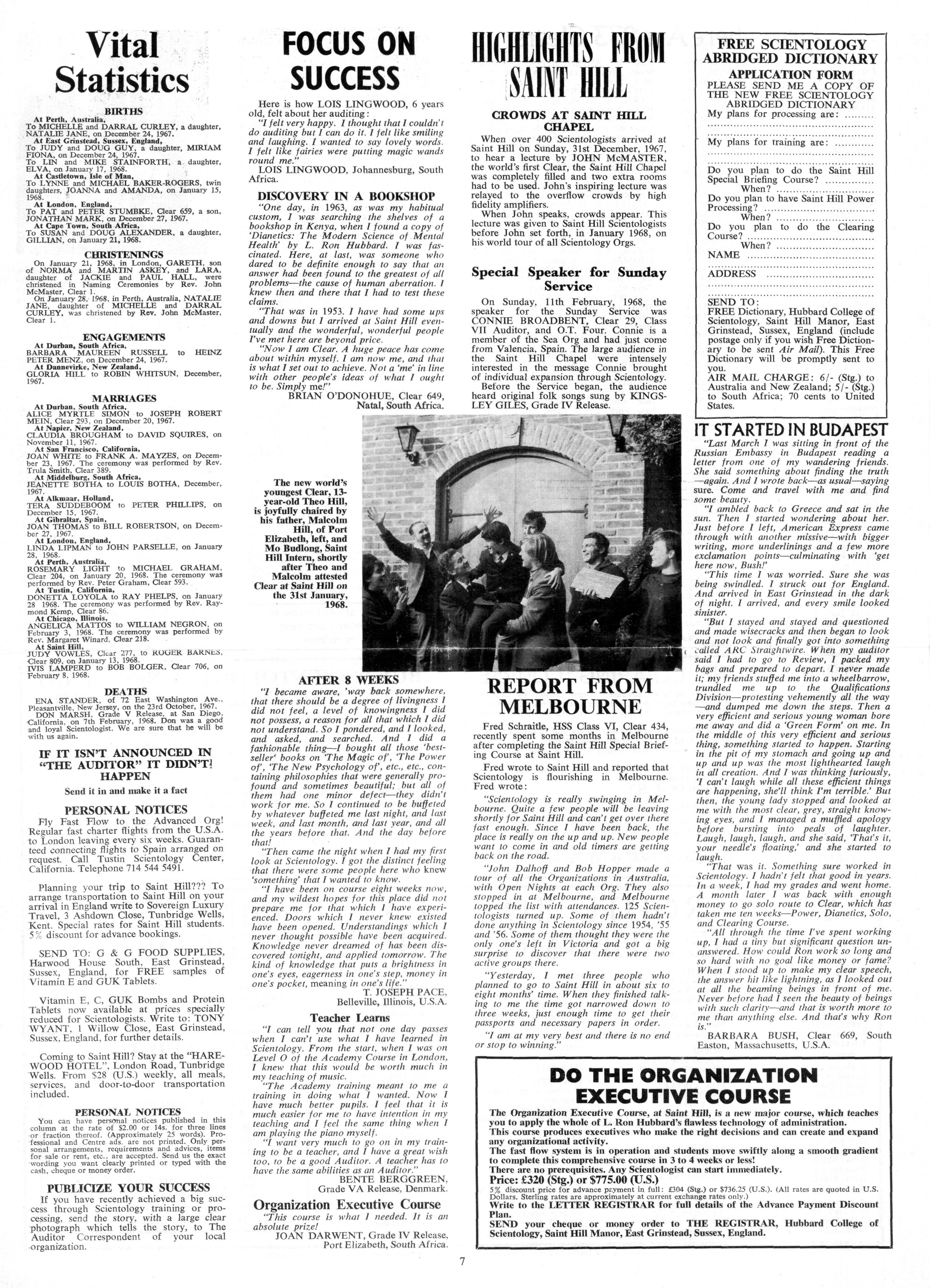 I believe there are some more early issues that may be available.

The provide valuable and interesting insight into the history of scientology and some perspective on the current scene.

Some have asked about the “Racket Exposed” and as usual, a Special Correspondent sent in the original Ethics Order it was reprinted from. 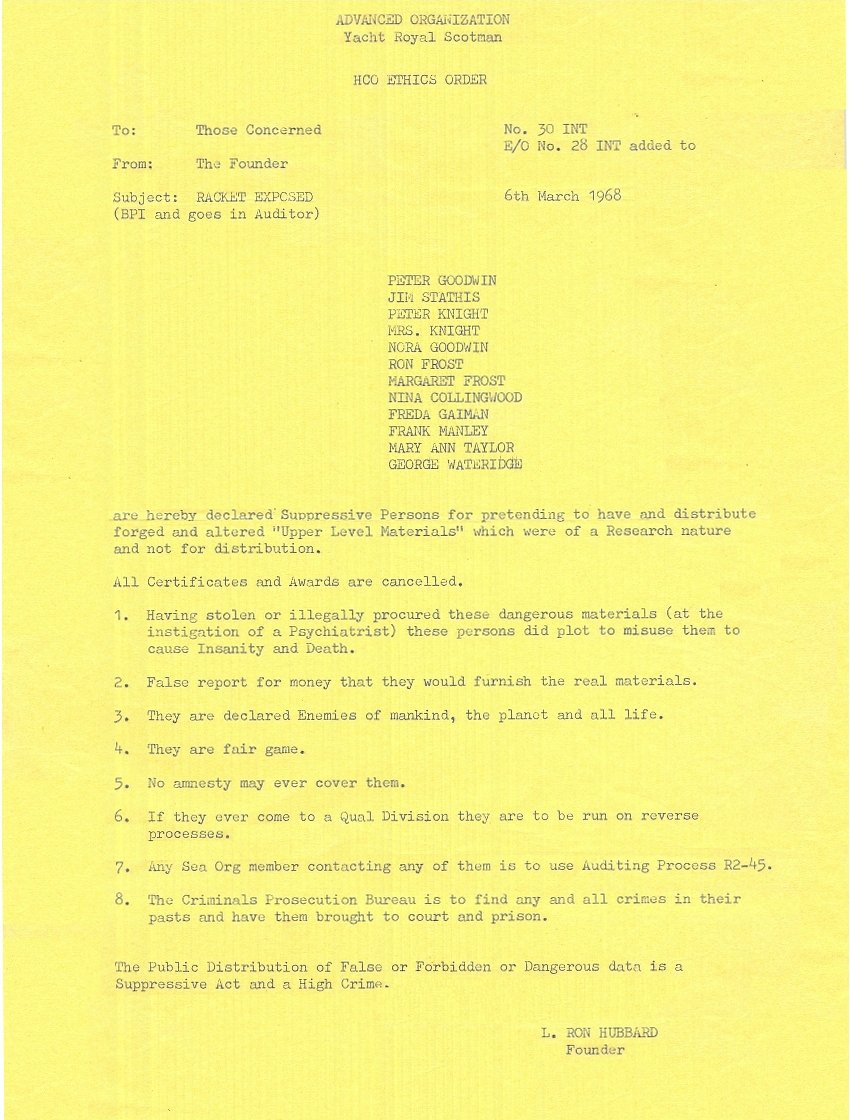