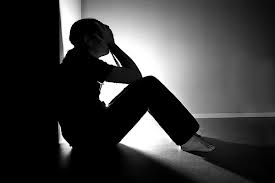 L. Ron Hubbard discussed at some length the characteristics of a Suppressive Person or Anti-Social Personality. Way back in 1953 he wrote PAB 13 On Human Behavior which was a precursor to so much that he would codify in the mid 1960’s. It is interesting to read what other scholars of human behavior have to say on the subject, particularly clinical psychologist Martha Stout in her widely recognized book The Sociopath Next Door. Their observations very similar – and yet from such different backgrounds – confirming the accuracy of the observations.

For this posting, I focus on one of the identifying characteristics of the Anti-Social Personality described in HCOPL 1966 THE ANTI-SOCIAL PERSONALITY THE ANTI-SCIENTOLOGIST.  I did a related post some time ago entitled On David Miscavige’s Behavior.

5. Surrounding such a personality we find cowed or ill associates or friends who, when not driven actually insane, are yet behaving in a crippled manner in life, failing, not succeeding.

I was reminded of this by the recent brouhaha concerning the well-being and whereabouts of Shelly Miscavige.

I don’t doubt that Shelly is not in personal physical danger. But, this once very public figure, who was at her husband’s side literally 24 hours a day, at every meeting, every event, every photo opportunity (he did not travel or appear in public without her) has been “disappeared.” She now “speaks” through lawyers. She is hidden from public view. She has become another of his cowed associates. Hidden (or hiding) and unable or unwilling to speak for herself.

But if his wife is now “vanished” what of his closest associates? \

Miscavige used to appear in public (at his “international events”) with Heber Jentzsch, Ray Mithoff, Norman Starkey, Guillaume Lesevre, Marc Yager and others who were prominent and long-term church officials. In fact, up until about 2005, Miscavige served the role of “MC” to introduce the other speakers.  He hated that. It was a role HE chose to perform, but he would often bitterly complain that he was lending his credibility to people who were beneath his station in life.  And gradually he began eliminating everyone else from these events.

Today, an emaciated and sick looking Guillaume Lesevre is trotted out once a year to present the Birthday Game awards (Miscavige considers this is very much beneath him – he REFUSES to do it, especially the indignity of having to present something to a Mission).  Guillaume is otherwise in hiding (or more correctly, is hidden). Though if you ask the church, he is still “Executive Direction International” (which is the HIGHEST Management position in Scientology).

Heber Jentzsch has appeared in public once in the last few years when he was shamed into attending the funeral of his only child. He was brought in by “handlers,” stayed the minimum amount of time and was then whisked away. Heber for many years was the public face of Scientology and has always been the main contact point between Scientology and other religions.  As the church has become more and more insular and removed from any interfaith activities, nobody has taken his place.  As a result, an increasing number of scholars are questioning the legitimacy of the church.

Ray Mithoff, the supposed “Senior C/S International” has not been seen in public for YEARS. If you ask the church, they would probably still identify him as “Senior C/S Int” even though he was removed from post and put in the Hole by Miscavige a decade or so ago.  But there is no other Snr C/S Int.  With Miscavige announcing the “greatest technical advances in the history of Scientology” — GAT II and Super Power – where IS Snr C/S Int? Nobody notices the oddity that the Senior Technical terminal in Scientology is NOWHERE to be seen in all of this technical innovation?  Miscavige is bringing in C/Ses from every org in the world. And no Senior C/S Int. Note that Ray Mithoff IS a Class XII C/S and WAS L. Ron Hubbard’s last auditor. Cannot say the same for Miscavige.

Marc Yager, the last known WDC Chairman and CO CMO Int has not been sighted in at least 5 years. Another person who was personally trained by L. Ron Hubbard on church management and evaluation. Hidden or in hiding.

The last outing for Norman Starkey was Tom Cruise’s wedding to Katie Holmes in 2006 where he got drunk and hit on Brooke Shields… Starkey was Executor of L. Ron Hubbard’s Estate. He was the head of Author Services. And now he is another of the invisible men.

The long term head of the IAS, Janet McLaughlin was removed by Miscavige in 2006, put in the Hole and eventually left the Sea Org. Nobody has taken her place. There is no “Message from the President IASA” in Impact magazine any more.

Russ Bellin, the head of Church of Spiritual Technology was put in the Hole by Miscavige in 2006 also. He was the person who had authority to take away RTC’s power. Instead he went into the Hole and has disappeared. He tried to blow in 2007 but was caught before he could get away. Last know to be the “Int Finance Director” in CSI – a meaningless post these days as all financial decisions are made by Miscavige.  Bellin is a glorified accountancy admin.

No sector of Scientology has been spared the “disappearing act” of Miscavige. Rena Weinberg and Laurie Zurn, the two long term stable terminals and faces of ABLE were disappeared into the Hole and have never resurfaced. Today, there is no recognizable figure in the ABLE sector other than Alfreddie Johnson, the Baptist Minister and Nation of Islam go to guy.

And of course, Tommy and Jessica Davis blew the Sea Org after being directly on Miscavige’s lines for a few years. Now hiding.  So too his chief hatchetwoman and former “WDC Ideal Orgs” Angie Blankenship. And former WDC WISE Greg Hughes. And Debbie Cook. And let’s not forget Marty Rathbun, Amy Scobee, Claire Headley, Marc Headley, JB, Jeff Hawkins, me and many, many others.

These associates are certainly cowed. Guillaume LOOKS ill. The others are entirely invisible.

And what of Miscavige’s immediate family?

Of course, Shelly is now a nonperson.

His mother, Loretta, who he loudly scorned behind her back, died some years ago.

His mother-in-law committed suicide after she was targeted for going to David Mayo’s group.

His father in law is deceased.

His brother (Ronnie) and sister-in-law (Bitty) left the Sea Org in 2000 after being unwilling to put up with his abuses. Miscavige told his brother if he would remain in the Sea Org and divorce his wife and let her leave would give her $100,000 (his brother refused).

Their daughter, Jenna, wrote a best-selling book about life in the Sea Org and with “Uncle Dave” and it was not pretty. She is not cowed or ill – she got away and spoke her mind!

His father, Ron, and his wife Becky blew the Sea Org a couple of years ago. He is in his mid-70’s and has no money, no health insurance and no realistic job prospects.  Of course, his son who has virtually unlimited resources is not about to help him.

The ONLY person in his immediate family that appears not to have run away from him and everything he stands for is his younger sister Lori.

So, why doesn’t anyone question this? Or even notice?

They are afraid to look. They are afraid to question for fear they will be sec checked, “lose their eternity,” (cannot really take that away….), lose their loved ones, job or friends. And this is part of it. But Martha Stout makes another observation after 40 years of studying sociopaths in society. She pegs the sociopath (a person with no conscience) as 4% of the population. She notes the fact that the 96% of people with a conscience find it extremely difficult to believe that a sociopath can do the things they do as it would be unthinkable to them. This is “Suppressive Reasonableness” in Hubbard’s terms.

Unless the actions of a psychopath have direct and dire consequences on you, most people are incapable of understanding the depths to which the anti-social personality will sink, destroying people around them with a charming smile on their face.

They hide in plain sight. Daring people to believe their own eyes and knowing that the vast majority will never question them or their actions.

The really crazy thing is that Scientologists are supposed to be the experts on human behavior. And they have certainly studied a LOT more about the subject of sociopaths/anti-social personalities than the average man on the street. And they are SUPPOSED to become more and more able to think for themselves.

Like the sociopath psychiatrist in Stout’s book who fooled people for 30 years – including her peers, arguably well educated on the subject of sociopathic personalities – the leader of a church in fact has a unique position of authority from which to carry out destruction while convincing those around him that he is in fact acting in their best interests and doing a wonderful job of it.

Sooner or later, when enough havoc has been wreaked, even the blind see the light.