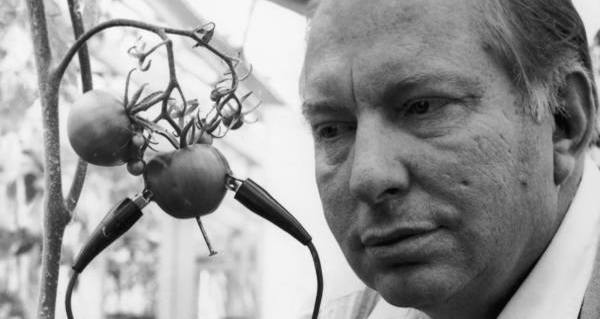 Crackpot scientologist Carole Eddington sent around an email with some collected “wisdom” from “Dr.” Hubbard about germs and vaccines.

The guy who said not smoking enough cigarettes is the real cause of cancer, has some other interesting medical advice about how germs don’t exist and that the “first 100 soldiers admitted with smallpox in WW II had all been vaccinated.”

It gives a pretty good glimpse into the mindset of a true-believer.

To any outsider, this is just Hubbard being Hubbard: making up stories, theories and lies. Unfortunately scientologists buy it as gospel. If Hubbard so much as quoted someone else it gave the statement a signed and sealed certificate of authenticity.

And they claim there is no “faith” in scientology….

From: Carole Eddington
Date: October 1, 2021 at 1:29:08 AM PDT
Subject: LRH References on Germs and Vaccinations

The Church has lately been providing us with some LRH quotes on germs. In this document, I have collected other great LRH references that not only apply to the current situation, but some of us have found them extremely helpful. So I thought I would share this with all the Scientologists I could reach.

LRH References on Germs and Vaccines

“All you have to assume is that safety is desirable, to have all the ills of Pandora’s box swarm around your head.”

“The formula for creating an illness is to establish a terminal, get everybody convinced that this terminal is there (preferably without showing it to them), then refuse to let them communicate with it and then refuse to let them talk about having been prohibited. And the natural consequence of this will be that these people will assume they have to protect themselves from it. I don’t care what it is.”

“Where communication is cut, an aberration is almost certain to occur. A set of ideas foreign to, invented, confused, upset, will take place.”

(These are all from the LRH lecture Communication and Isness, 27 Feb 1957)

“A child could be guaranteed an utter failure of his endocrine system, if he were trained thoroughly to avoid all impacts. If he were trained thoroughly to avoid germs, to avoid illness, to avoid conditions which are described as highly detrimental to him, he will then be made to close terminals with those conditions. Why? Because he is cutting communication, cutting communication, cutting communication, cutting communication. “Now, just as soon as he learns thoroughly that he mustn’t go into contact or communication with impact, with germs, with this, with that, he just gets, as a thetan, smaller and smaller, withdraws more and more, is less and less alert, is less and less in communication with things and finally will be unable to heal any part of his body. This would be a sure method of making the American Medical Association (a small club in Chicago) rich. It’s a small club in Chicago dedicated to no experimentation and terrific amounts of practice.  The main thing I’m trying to point up here is that a society gets headed in the direction of *avoidance.* It gets headed in the direction of *fear* and so becomes controllable. It is an overt mechanism on the part of anything or anyone seeking to control a society, to cut the communication of that society.” -LRH, 7th American ACC, lecture 9 “Exteriorization” 28 June, 1954 Volume 1, first transcript booklet, page 131

“The end product, the end product of all aberration is being careful. And that goes hand in glove with some research I did the other day. I was reviewing the overt-motivator phenomena and I was getting it all kicked together and once more ran into the factor, this time with more weight than ever, that doingness is dangerous. And the people consider—the more people consider doingness dangerous, the less they do and that’s a direct index to aberration. So of course “careful” fits right in there.”

“You see, science has a habit of saying, ‘That is the answer!’ And after that, instead of being reasonable about it, to point their professorial pens, to point their lecture guns, their grade systems straight at the individual and say, ‘Now, don’t think about it anymore! Don’t examine it again! Don’t look it over, because we’ve said so.’ Get the idea?

“And all you have to do is go around and take some of the favorite theories held by these people, like vaccination – just take this favorite theory – and now go out and actually look. And know and deduce and have intuitions about it and finally come up with an answer everybody can agree with. And the answer that everybody can agree with is that vaccination has very little to do with the situation.

“Now, it’s very true that those American soldiers who had had typhus shots, when they were put in prison camps in Europe, did not, in any large proportion, get typhus. And with great glee we see all medical science making a great deal out of this saying, ‘Look! Look, look! Look how effective our typhus shots are.’ Let me point out something else to you. There’s very little typhus in the United States. These soldiers just happen to be, possibly, a strain of people that don’t get typhus easily, see? You see how smelly this scientific logic is if you once hold it up. So cover it up quickly and put it away if it begins to smell like Limburger and go on your own ability to know thereafter. You got it?

“If something doesn’t stand up to your observation and if you cannot agree with the thing, you get another condition which is quite important to you in research and detection. And that is, if you can’t agree that that is a fact, if your knowingness does not add up to knowingness after you have intuitivated and deductivated and looked and inspected and crept around it and sniffed at it and patted it on the head and so forth and then you still don’t know what that is all about, then you’d better reject it – you’d better reject it. Either decide you’re looking for something that doesn’t exist, or that you aren’t looking for it in the right way, or decide something else, rather: ‘I must go on looking for this,’ and certainly never decide this: ‘I must believe it because somebody said it was true.’ Oh, all the gravestones in the universe were erected upon that mound and every one carries the legend ‘I must believe it because another said it was true.’ Fascinating.

“When you have injured the ability of Man to inspect, you have hurt his ability to live. He must be capable of inspecting. He must be able to get at the evidence. If he cannot do so, you have a slave society and you don’t want one of those. Slaves are no good to anybody, least of all to their masters.”

LRH, from Lecture: “The Detection of Engrams, the Search to Know”

*smallpox, scratching people for: a reference to the practice, developed in the late 1700s, of scratching a healthy person’s arm and introducing a small amount of infected matter from someone ill with a mild disease known as cowpox. This created immunization of the healthy person, reducing his chances of coming down with smallpox, a highly contagious, often fatal disease characterized by prolonged high fever, vomiting and widespread eruption of pimples that blister, produce pus and often leave scars when healed.

“The soil conditions that make necessary the presence of the germs are our real field of search, but we have lost sight of this field almost entirely in our frantic hunt for germs, and we lay the blame for this wrong steer at the door of Louis Pasteur.

“Is it any wonder that the public is getting a little suspicious of us and our vaunted “discoveries?” The wonder to me is that there are still seven millions of them willing to submit to vaccination and serum treatment.

“The true figures on vaccination for smallpox have never got before the public, though they can be seen in the files of the various departments of the army as well as the government, if one cares to ask for them. If the record of vaccination in the Philippines alone were ever to become matter of general knowledge, it would finish vaccination in the whole country, at least among those who are able to read and think for themselves. After three years of the most rigid vaccination, when almost every little brown  man had been vaccinated from one to six times there occurred the severest epidemic of smallpox that the island had ever seen, with the death rate running in places to almost sixty per cent, and in all well over sixty thousand deaths. Did you ever know this before? Assuredly not.

“Yet it is found in the government records in just this form. Manila and the surrounding province were vaccinated most thoroughly, also they showed the highest case record and death record of the whole archipelago, while some of the outlying country was not so thoroughly vaccinated and escaped with proportionately less disease.

“How much good did we do these poor fellows? Ask Edward Jenner! He knows now, if so be that we know after death, and I am willing to believe that he would gladly spend a part of his eternity in purgatory if he could undo the wrong he did the world by vaccination. “

~ from HCO INFORMATION LETTER, WHO ARE THE QUACKS?, 22, AD. 13, By William Howard Hay, M.D., Buffalo, New York. LRH issued his article as an HCO INFO LETTER. 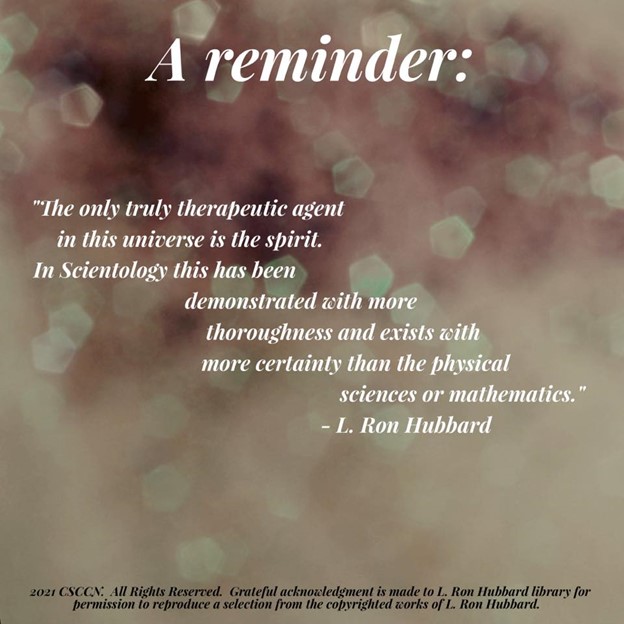