She is like the Energizer bunny.  Turn on the switch, point her and off she heads, banging her drum and looking stupid until someone pulls the batteries out of her back.

The building is DONE Laurie? A few weeks ago your letters said for people to arrive in mid-September so as not to miss the long awaited “grand opening.”  But there she still sits, paper over the windows, looking exactly like it did a year ago. It awaits the blessing from Dear Leader to allow the unclean to enter his palace and mess up his oiliness table. But it seems he cannot make up his mind. So, take the opportunity of another delay to suck in some more bucks….

It seems there is nothing these people will not do to get money.  I wonder if someone told Laurie Webster they would give her a million dollars if she walked naked down Ft. Harrison Ave whether she would do it?  I think she would — after all, it would be the greatest good for the greatest dynamic and the others don’t matter.

You have to laugh when she says that “by opening those front doors, we are also opening the doors of Scientology to the world” because we all know the unstated end of the sentence “…provided of course the world have their sooper sekrit Scientology ID cards to allow them in, otherwise the doors are SHUT.”

Oh, and Andy Ponniz — there is a Nigerian Prince on hold on the other line. Perhaps you could help him out. He is looking for someone JUST like you…. 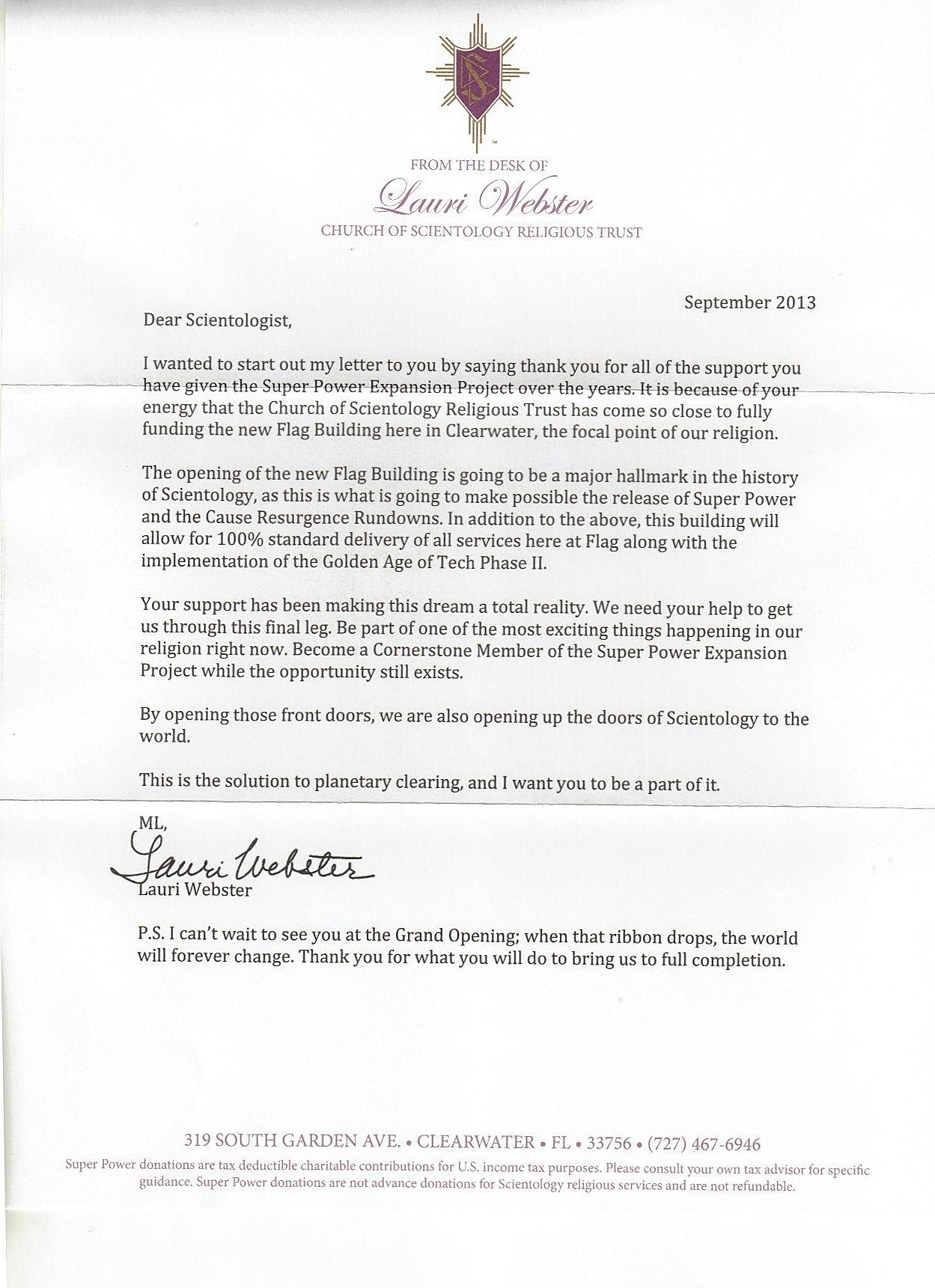 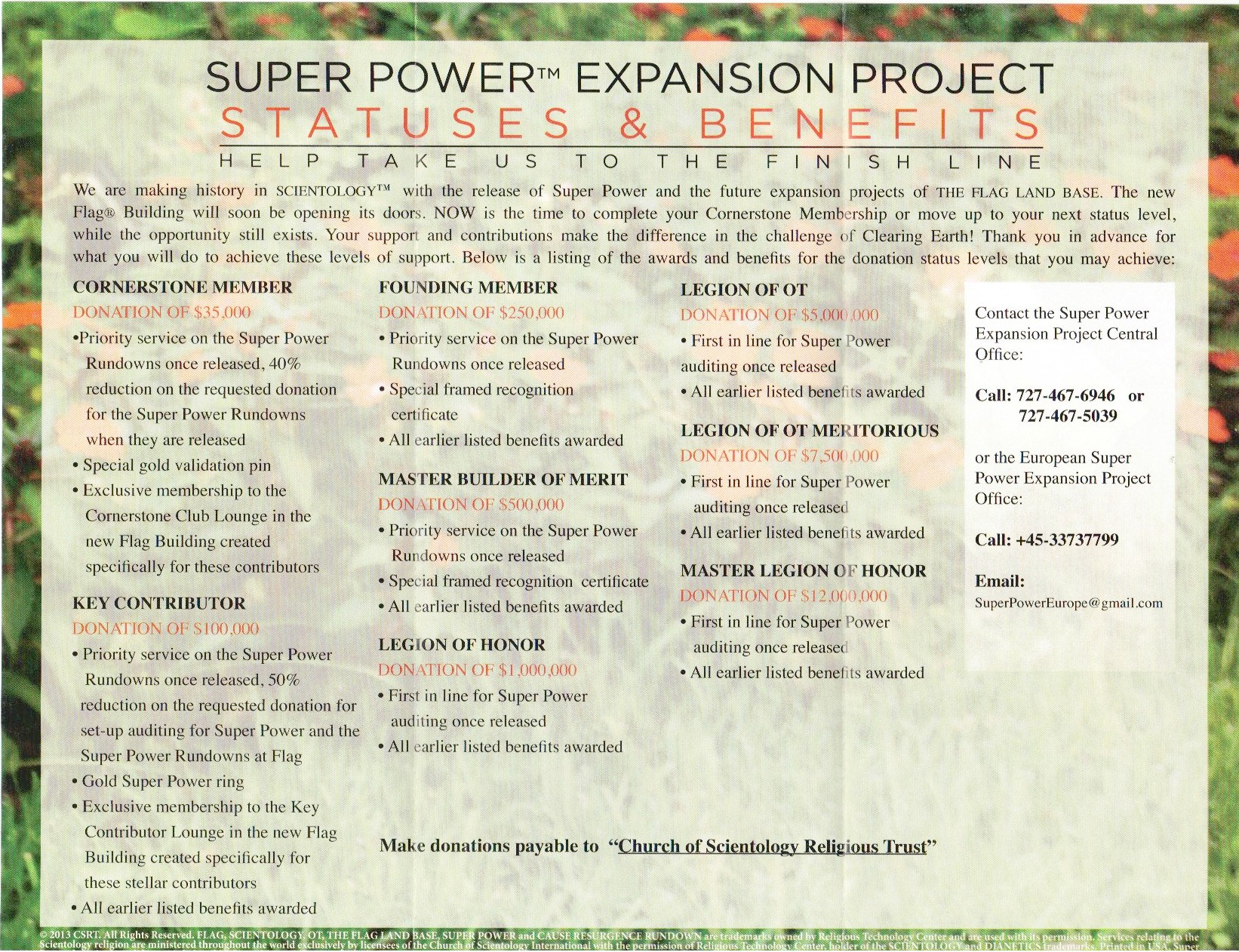 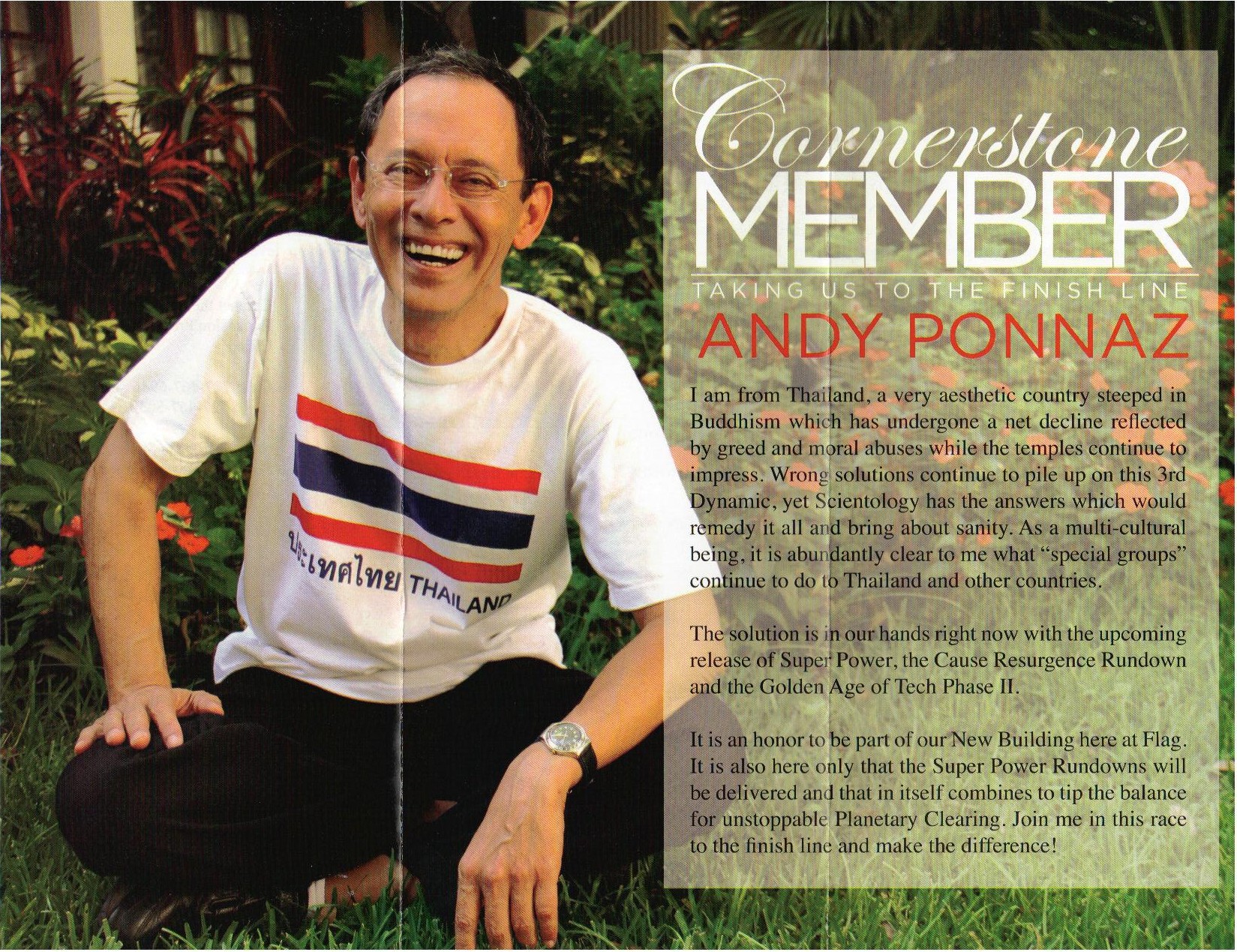