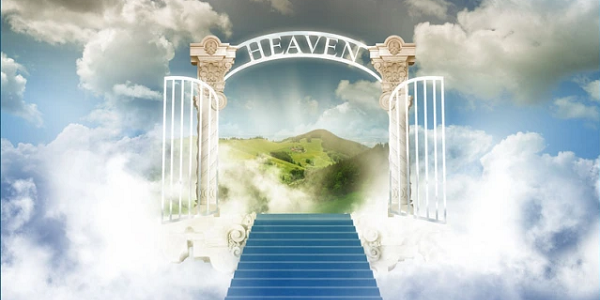 As a follow up to Ron’s Saturn quote, Karen De La Carriere sent me this Source reference about heaven.

Ron had really hopped on the crazy train the day he wrote this — it’s so out-there that it doesn’t even appear in the current Tech Volumes.

There is little wonder why — it makes clear his claims that he “has no beef with Christianity” and thinks Jesus was a man of goodwill and that scientology is non-denominational are just more bs.

Here are a few of the choice quotes (not even including the absolutely bizarre date, down to the seconds, when the “implant” occurred).

He gets things off to a rollicking start:

“Well, I have been to heaven.”

It seems though, that heaven was not all it’s cracked up to be:

“So there was a Heaven after all — which is why you are on this planet and were condemned never to be free again — until Scientology.”

He then dives into trashing Christian beliefs — they are all “implanted” into people as a control mechanism:

“The symbol of the crucified Christ is very apt indeed. It’s the symbol of a thetan betrayed.”

He even goes into detail about the “second series of implants” stating it contains:

“An effigy of Joseph, complete with desert clothing, is seen approaching the gates [of Heaven] (but not moving), leading a donkey which “carries” the original Madonna and child from “Bethlehem.””

But it’s towards the end that the really crazy shit starts rolling out — openly talking about overthrowing the “false Gods” of Christianity and other mainstream religions:

“What does this to do any religious nature of Scientology? It strengthens it. New religions always overthrow the false Gods of the old…”

And finally, the icing on the cake. All of this is thoroughly and scientifically researched and requires NO belief. And any “honest” researcher could duplicate his “discoveries.”

“This HCO Bulletin is based on over a thousand hours of research auditing… It is scientific research and not in any way based on the mere opinion of the researcher. This HCO Bulletin is not the result of the belief or beliefs of anyone. Scientology data represents long, arduous and painstaking research over a period of some thirty years into the nature of Man… Truth does not require belief to be truth any more than water requires anyone’s permission to run downhill. The data is itself and can be duplicated by any honest researcher…”

“The content of this HCO Bulletin discover the apparent underlying impulse of religious zealotism and the source of religious mania and insanity which terrorized Earth over the ages and has given religion the appearance of insanity.”

The entire, batshit crazy HCO Bulletin follows. It contains a lot of scientologese, some of it so arcane that most scientologists would be hard pressed to explain it at all.

This is Hubbard completely unhinged… 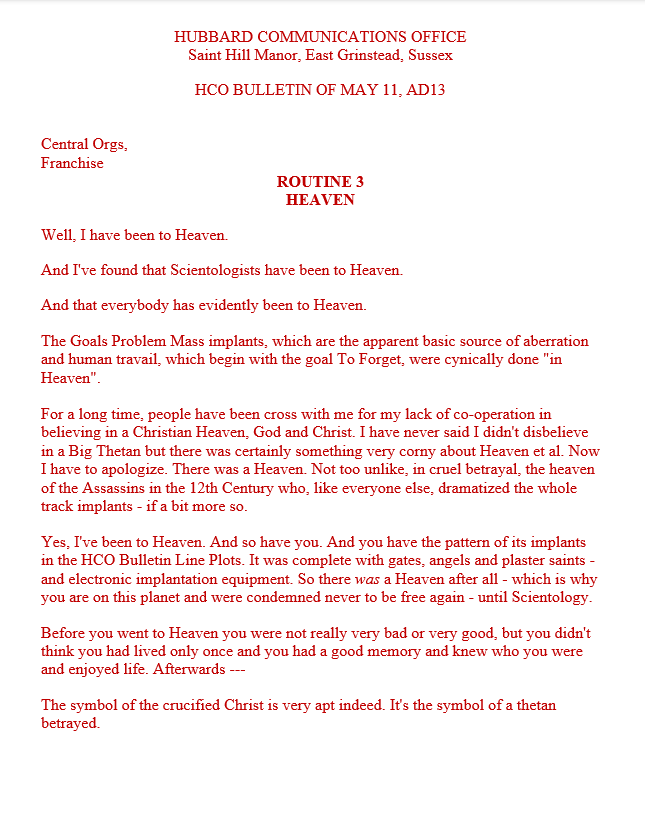 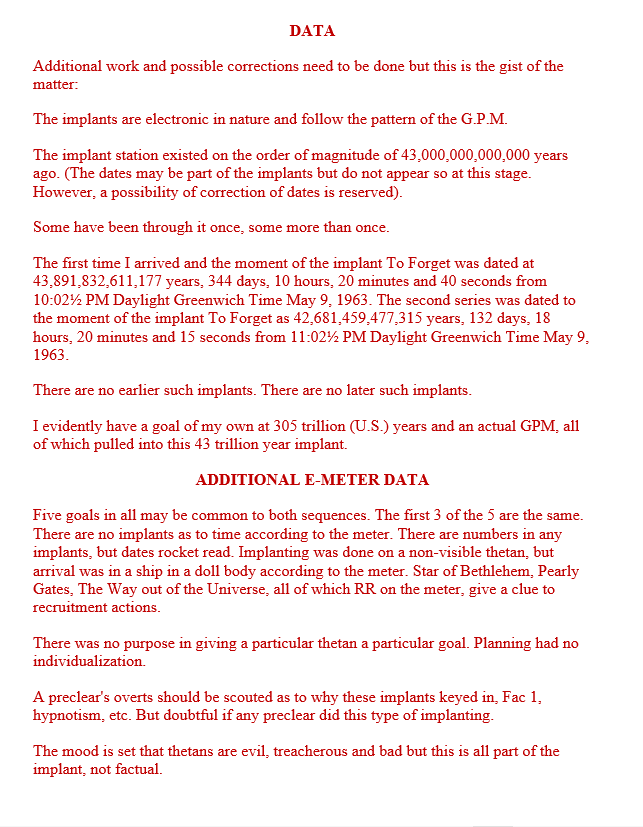 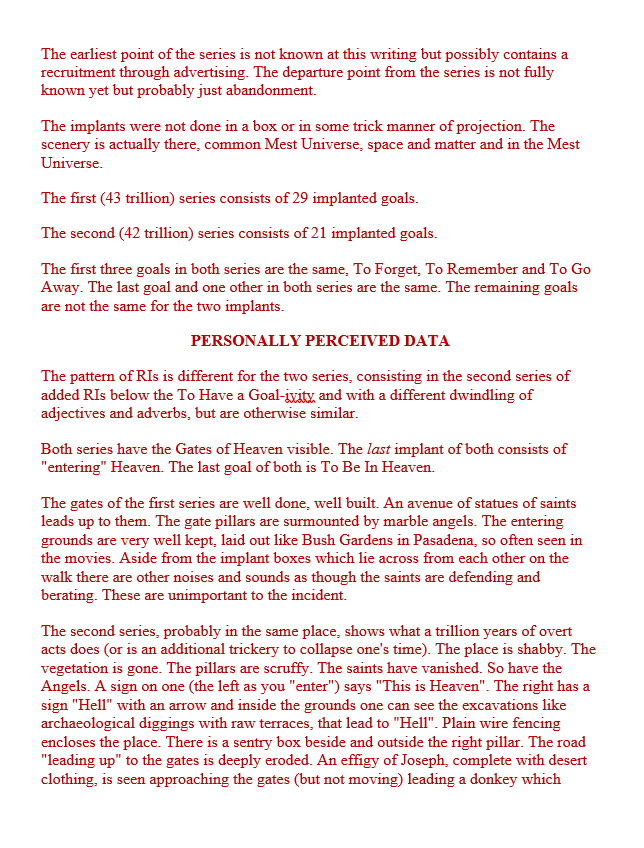 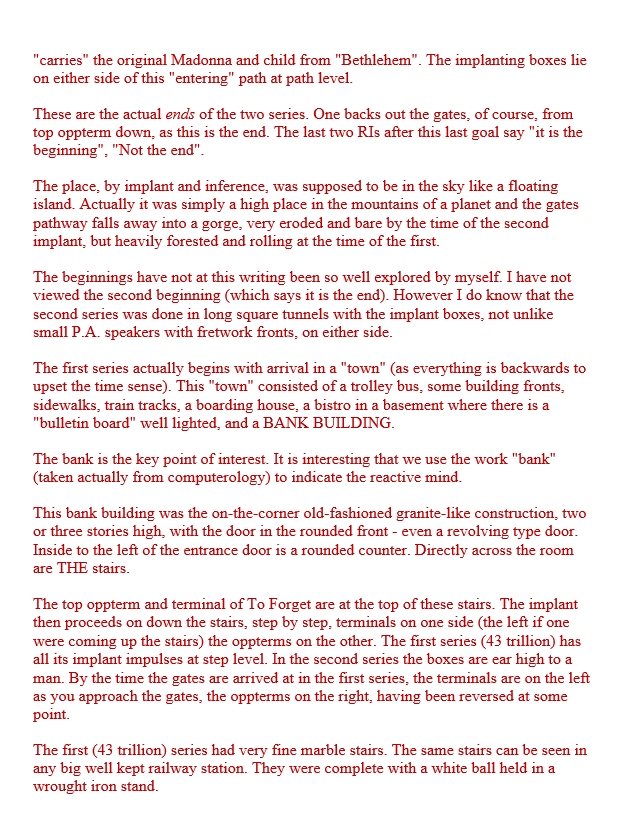 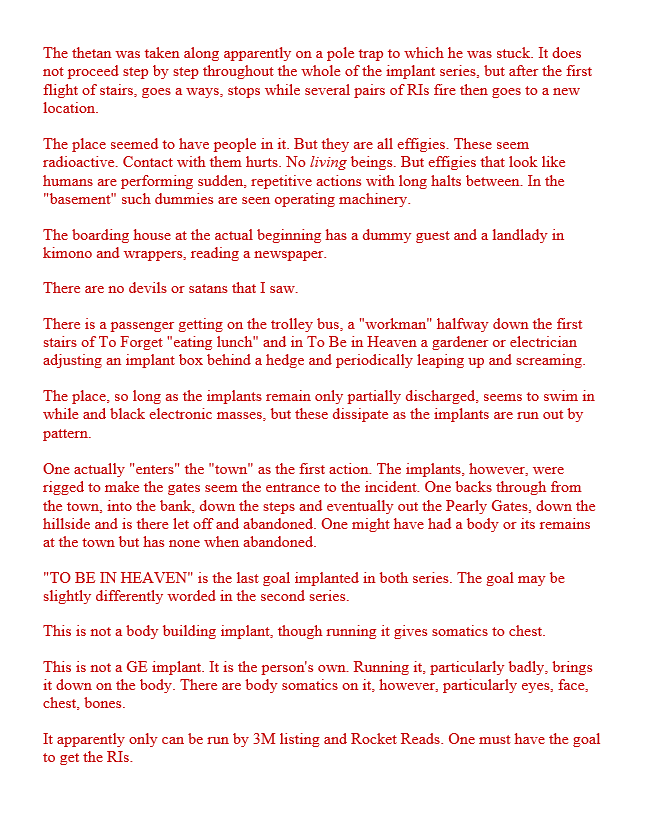 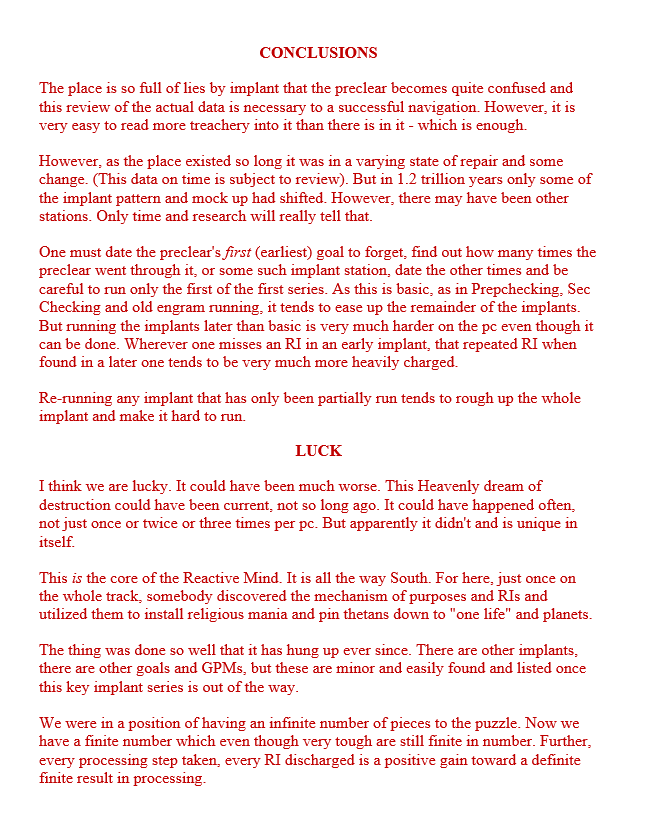 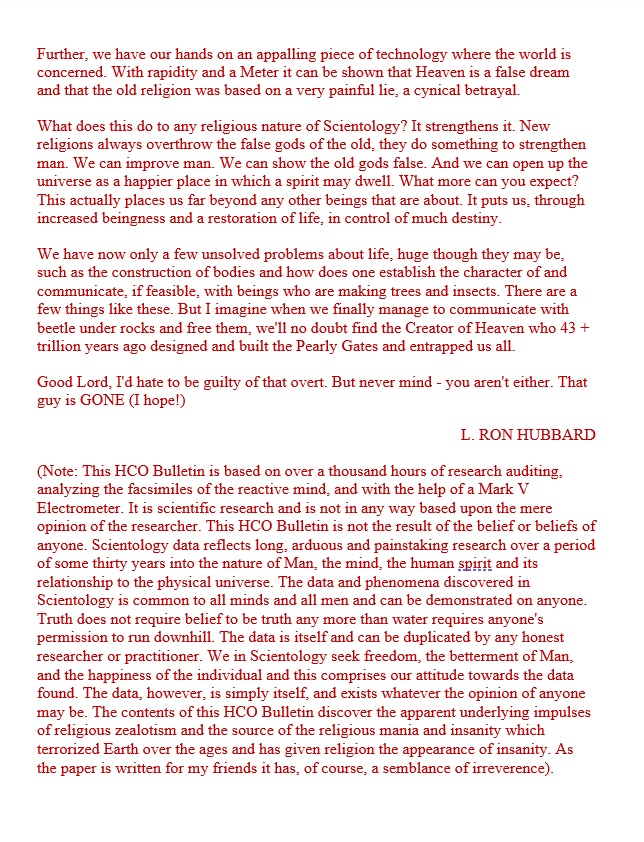