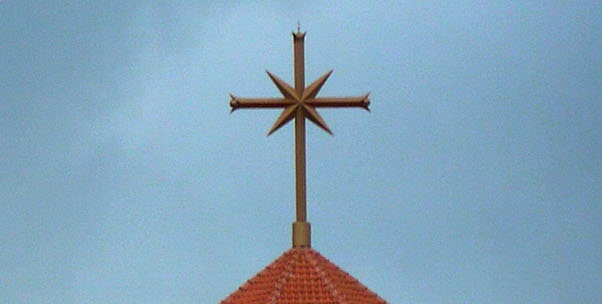 Here is another quote from L. Ron Hubbard expressing thoughts about Christianity:

“It’s an interesting thing that there exists on Earth a cult which believes a hundred percent that it has the only god there is in this universe. And this is quite an interesting thing. See, this is terribly interesting. Anybody who says he has a total monopoly on all there is of something, which you can’t weigh, see or measure, is suspect. Christianity’s gain in the world and its departure from its own announced principles were in the main in the direction of control…It is not even a major group today in European and American spheres of influence. It keeps telling you that it is, but it isn’t. The majority of the white races today are not members of the Christian church. And there are about ten times as many Buddhists. Oh I don’t know, two hundred times as many Buddhists or something. Rather overwhelmingly big. But that was an effort to control. And an interesting effort to control, because when it failed in its own basic tenets it then departed from its basics. And our quarrel with it is, that in practice it isn’t what it says it is. That’s our only quarrel with it. It is something that tries to appear one way when it is something else.” — L. Ron Hubbard, March 28, 1957

Hubbard, as was his practice, is pointing out something he proclaims is wrong, while doing EXACTLY what he is railing against.

Apart from calling Christianity a cult (yet if anyone refers to scientology as a cult, they are most definitely a “bigot” and a “hater”), he also claims “Anybody who says he has a total monopoly on all there is of something, which you can’t weigh, see or measure, is suspect.”

This is the mantra of Hubbard with respect to scientology: it is a total monopoly on real knowledge. Read Keeping Scientology Working one time and it is clear. Scientology, in his view, is the ONLY path to spiritual freedom (something you cannot weigh, see or measure.) It is the ONLY technology of the mind. It is the ONLY hope mankind has.

Like the flea saying the elephant it is riding on is “insignificant,” Hubbard also proclaims Christianity “is not even a major group today in European and American spheres of influence.” The words of Hubbard can never be doubted as possibly untrue or even hyperbole in scientology. This is now a “fact.”

If you start listing the ways scientology is NOT what it says it is, we could be here all day. Just a few:

Proclaims itself pro-family but destroys familiar with disconnection routinely

Proclaims itself pro-Christian. See above and earlier posts including this: Can Scientologists be Christians or Jews Too?

Proclaims itself gay-friendly and yet in practice tried to “audit the gay away.”

Proclaims “the work was free, keep it so” while charging exorbitant prices which sends people into bankruptcy routinely

Proclaims to love it enemies (What is Greatness?) while actively pursuing policies to destroy them — “ruin them utterly, if possible.”

There are MANY more examples.

And just for good measure, here is another Hubbard quote about Christ.

“Evidently, it’s practically an affront not to be able to find out about something. Any time you want to go around wearing a bath towel with a Woolworth diamond on it and be a swami reading people’s minds, also take out a large insurance policy and get your burial arrangements straight. It’s probably why they hung Christ, if they did. That’s right. That’s right. If he was the Son of God, he should have been able to find out about all the orthodox malpractices. And he didn’t. And they hung him. They didn’t hung him. They crucified him. Common practice of the day. If he existed. It isn’t true that he led a good life, so they crucified him. You see, that wouldn’t be the right story. He should have found out about ’em and he didn’t, so you see they had to crucify him and that’s just about the way it would be.” — L. Ron Hubbard, February 7, 1962