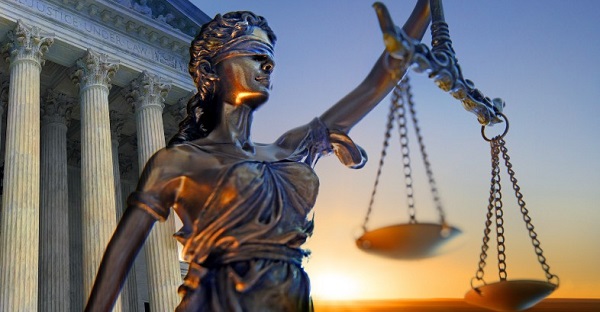 With the ongoing rape trial of Danny Masterson, a lot of people are curious about scientology’s position with respect to reporting crimes to law enforcement.

Scientology responded to reports they forbid this in typical fashion — quoting the LA Times:

The Church of Scientology declined to comment on the pending criminal matter, but said the religion has no policy against reporting crimes committed by Scientologists to law enforcement.

Though most people reject scientology’s denials about disconnection, breaking up families, abusing people etc etc and thus reject this lie, one has to have an understanding of scientology and the words of L. Ron Hubbard to understand what scientologists believe and how they act.

The first thing to know is that what L. Ron Hubbard says is to be taken literally and followed to the letter by all scientologists. His words are not parables and are not to be interpreted or used as mere guidelines. They are specific instructions on what to do. In scientology, one follows the words of Hubbard EXACTLY.  Scientologists believe that if they are not followed precisely they do not work. But they work “100% of the time” when implemented exactly. His words are denominated “the technology.”

Let’s begin with the first Hubbard quotes, taken from the list of Misdemeanors, Crimes and High Crimes that he lays out in his scientology “justice system.” The “Justice System” is one the component “technologies” of scientology.

In the book Introduction to Scientology Ethics, the “bible” of scientology “ethics and justice technology,” Hubbard lists the following as High Crimes (there are hundreds of transgressions listed in the book, High Crimes are the very worst category that can result in being excommunicated from scientology):

Delivering up the person of a Scientologist without defense or protest to the demands of civil or criminal law.

Public statements against Scientology or Scientologists but not to Committees of Evidence duly convened.

Bringing civil suit against any Scientology Organization or Scientologist including the non-payment of bills or failure to refund without first calling the matter to the attention
of the International Justice Chief and receiving a reply.

As I have said, these things are to be read and followed exactly. The plain language leaves no room for doubt. Though scientology claims it “has no policy against reporting crimes,” these words from Hubbard make clear it is exactly what they demand from their members. Of course, if challenged they will claim “this is how we interpret the language” and know that no court can second guess their “interpretation.”

There is a second element to what scientologists believe based on the words of Hubbard: indoctrination into the worldview of Hubbard.

He had a very low opinion of everything outside the scientology bubble. He coined a term for it; the “wog” world. Wogs are non-scientologists and it is a derogatory term widely used in scientology.

Hubbard claimed that ONLY scientology, only his “technology,” could save mankind. He reserved some of his harshest criticism for “wog” law enforcement and courts. In fact, the last chapter of his ethics book is titled “A New Hope for Justice” and it expresses his utter contempt for all things outside the scientology “justice system.”

Here are a few choice quotes:

As they themselves are contaminated by their criminal associates, the police and court systems are, in the main, composed of downstats who couldn’t make it in life any other way.

Societies traditionally cave in through their police and justice systems, since these provide a channel of contamination between the vicious and lawless, and decent people.

There is little thought of administering justice so that individuals can improve. There is every thought to punish and create misery.

Justice systems thereby become a sort of cancer which erode every splendid ambition and achievement of the decent citizen.

“Justice” apparently cannot be trusted in the hands of Man.

You can see the full document here: NEW HOPE FOR JUSTICE

To a scientologist, turning someone over to “wog” justice is a cruelty.

Scientologists believe that someone who commits a crime can only be cured by scientology auditing. Hubbard admonishes scientologists:

All evil stems from aberration. And it can be pretty evil. And awfully aberrated. The only road out from evil is processing.

Aberration here refers to non-optimum conditions or conduct. Processing is scientology auditing. Turning someone over to law enforcement prevents them from “receiving standard scientology.”

Finally, the overriding concern of every good scientologist is the well-being of scientology. Anything that detracts from the image or “good work” of scientology is bad, and anything that assists scientology to raise its profile and reach in the world is good. Negative media stories about scientologists committing crimes are very bad for the organization. And thus bad for all of mankind, because if scientology is unable to get “the tech” applied broadly, every man, woman and child on earth is doomed to a dark, painful future. This factor guides all scientologists’ decisions about what is right or wrong, even if there were no specific rules covering a circumstance.

Scientologists who do not report crimes to law enforcement are not merely “following the rules,” they are doing what they have been taught is the “right” thing to do.

This is the crazy level of brainwashing that exists inside the scientology bubble. It is hard to fathom unless you have been a part of it.