For some unknown reason, the STAND twitter account recently put up a new tweet accusing The Hollywood Reporter of a “history of forwarding hate. In the 1940s and 50s, the publication was part and parcel of fomenting the anti-Communist campaign in Hollywood…” 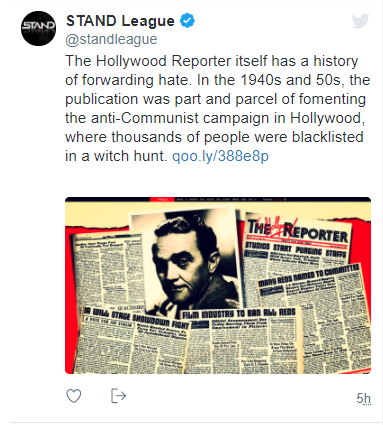 If you click on the link it goes to a page on the STAND site that is a letter of complaint about an article in the THR from 2017 (they don’t seem to have a whole lot of new material): 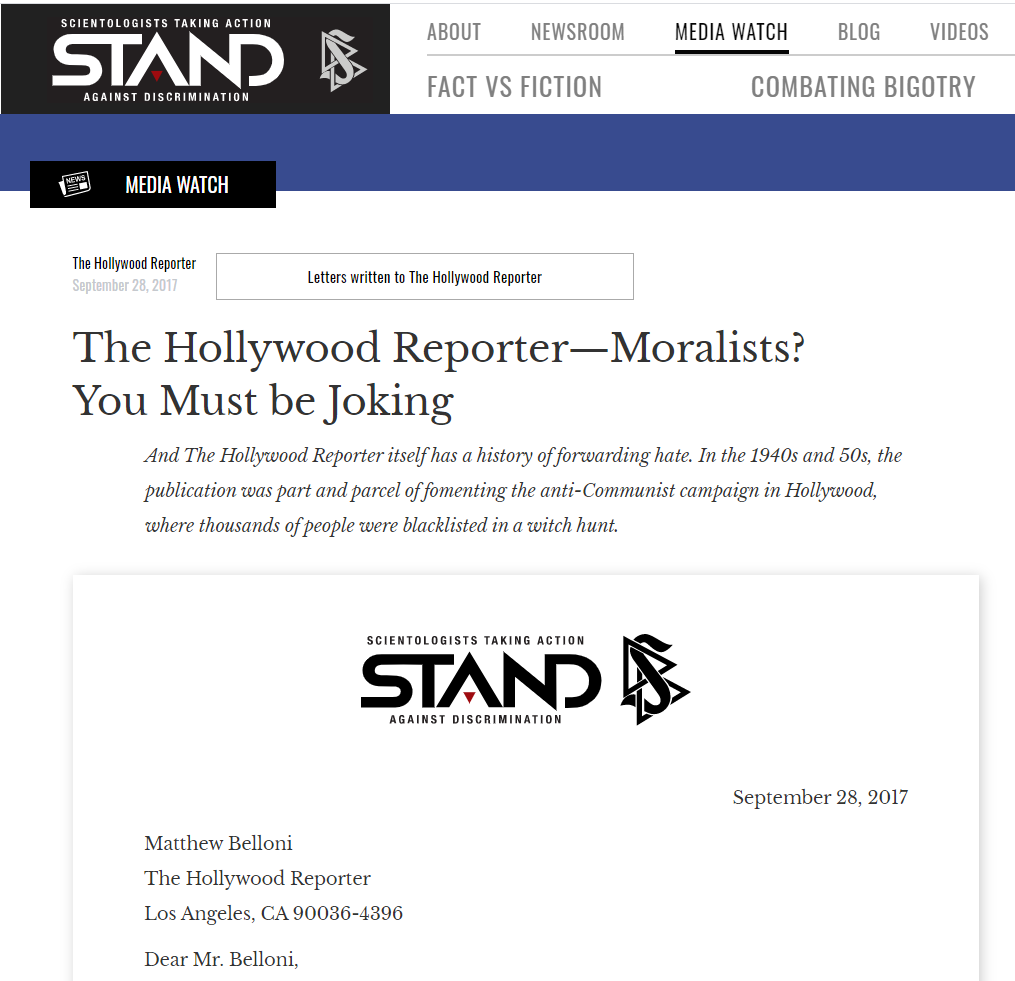 It is so typically scientology — they don’t like something they said, so they launch into an attack over something that happened 70 years ago…

Interestingly, in 2012, the son of the founder of THR wrote an apology for the activities of his father. In fact, the image in the tweet is taken from the article IN THR reporting on this. 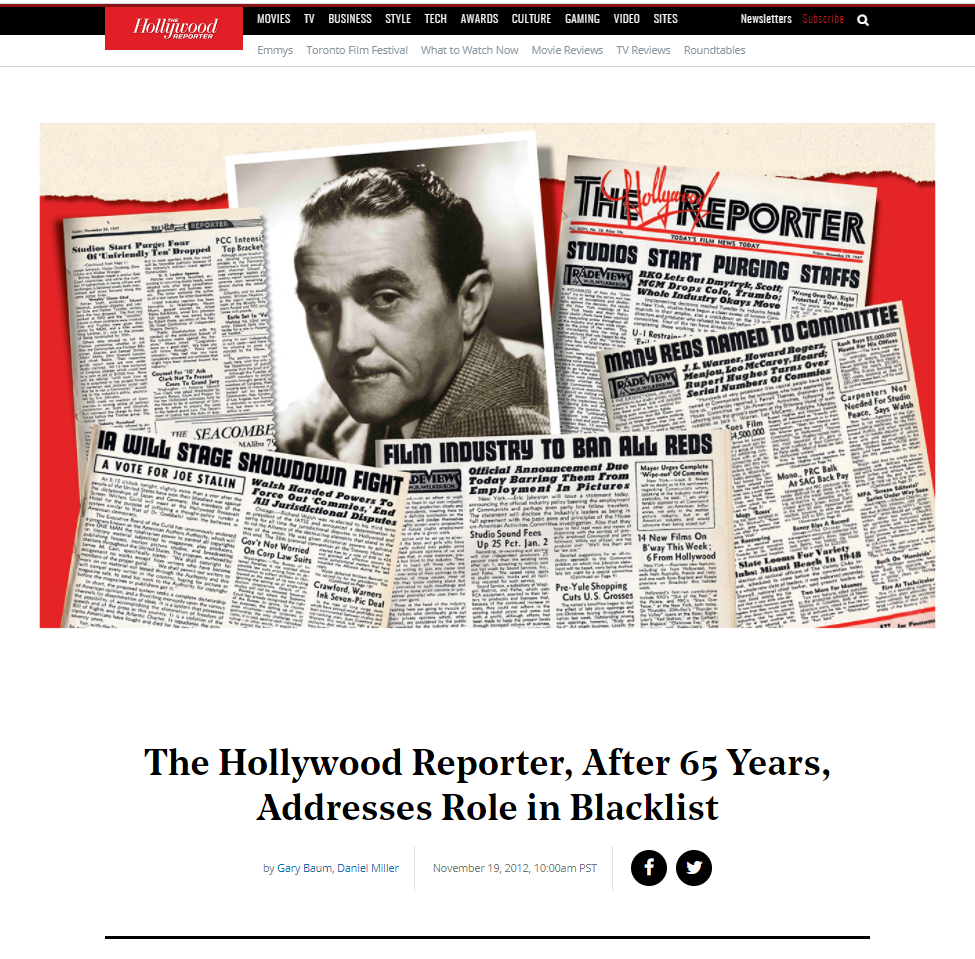 Of course, the weirdness does not end there.

This is an oh so typical scientology attack. STAND League is apparently completely oblivious to the facts concerning the founder of their organization and his work to root out the Commies and report them to the FBI. There are some fascinating documents released by the FBI at the amazing Muckrock website.

This is literally the first part of the extensive coverage to be found there. 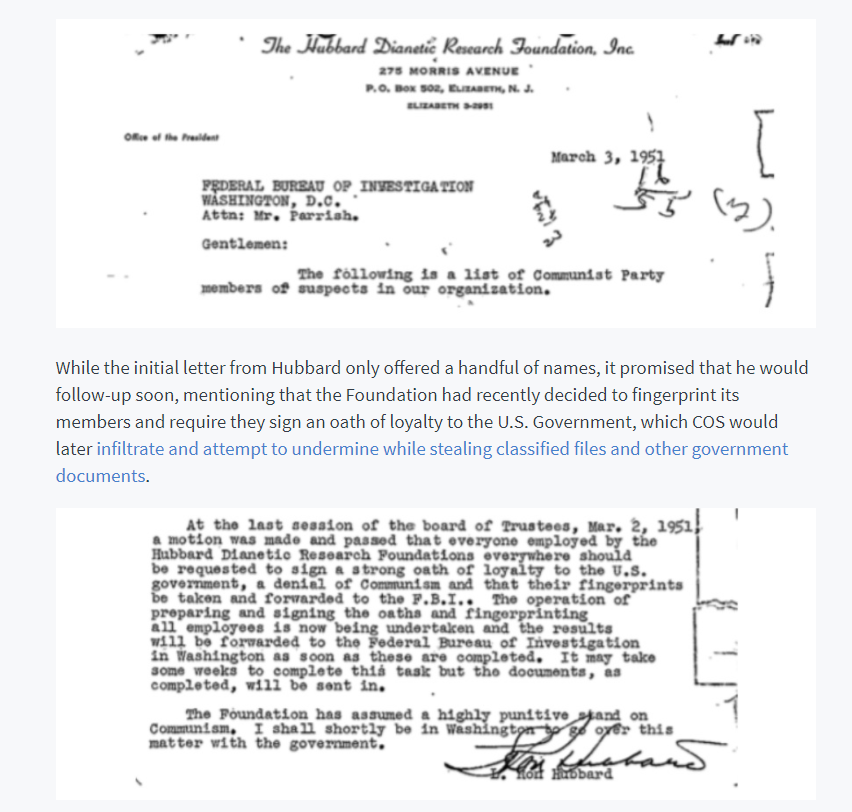 Billy Wilkerson never claimed he was anything other than a media man — though it is reported at least part of his motivation to expose and blacklist communists came about because of their  antipathy to his Roman Catholic beliefs — and his actions were specifically sanctioned and encouraged by his priest.  On the other hand, L. Ron Hubbard insists his “research” (that is everything he claimed about his experiences in his life) and his “discoveries” and “technology” are to be taken literally and may never be changed. His word is the word of God.

And secondly, while the THR has issued an apology for their actions 70 years ago, L. Ron Hubbard never did, and scientology has not done so since his death.

Because being anti-Communist is scientology “scripture” laid down by L. Ron Hubbard.

One only need scan through the index of the OEC for a small sample of his thoughts on Communism. 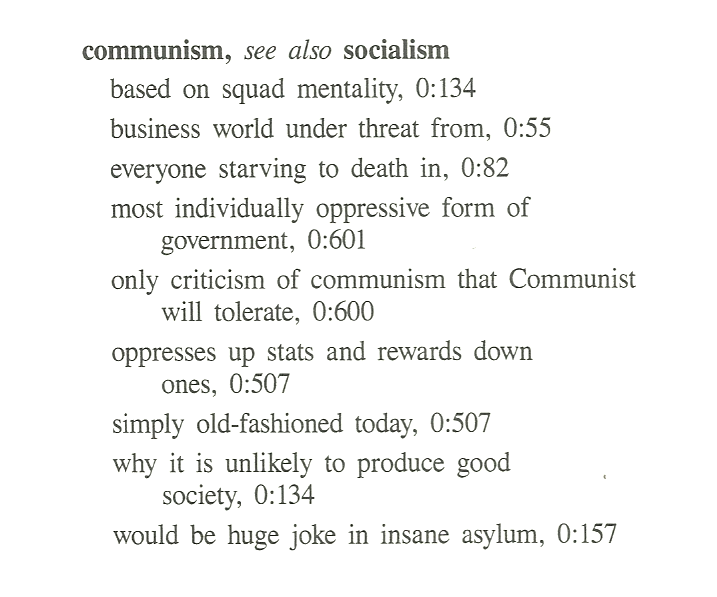 78. DO YOU FEEL COMMUNISM HAS SOME GOOD POINTS?

79. HAVE YOU EVER BEEN A MEMBER OF THE COMMUNIST PARTY?

80. HAVE YOU EVER BEEN A MEMBER OF ANY GROUP WITH SIMILAR IDEALS AS THE COMMUNIST PARTY?

81. DO YOU KNOW ANY COMMUNIST PERSONALLY?

The Communist witch-hunt is STILL GOING ON IN SCIENTOLOGY.