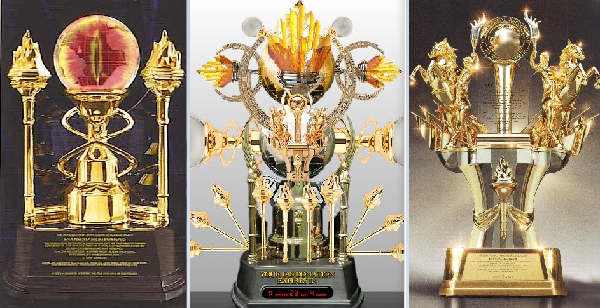 See my announcement on Friday — I am revisiting earlier posts during my vacation. Each day there will be a different one.

This is some interesting history and background on the IAS.

The history of the International Association of Scientologists is worth knowing.

Its initial value (in 1984) as a repository of funds outside the reach of the IRS in 1984 may be debated.  It seemed like a good way of protecting money.

The IAS had nothing to do with the “Portland Crusade” though David Miscavige has made it part of his history now. (As a note, the “winning tradition” born in Portland is another sleight of hand — the losing tradition of a $39 million judgment was born in Portland and then carried on in Los Angeles with another judgment for Wollersheim that was NOT vacated in spite of the same candlelight vigils and marches around the courthouse….) The story goes on from there, with numerous accomplishments credited to the IAS that they never in fact funded.  And in many cases, there was NO accomplishment at all (see recent posts IAS Applied Scholastics Programs — Fact Check and IAS Human Rights Claims — Fact Check).  But, it became a VERY important cash cow and Dear Leader became its controller, carnival barker and poster boy.

Whether it originally served a purpose or not, today it is a cancer that has killed the Church of Scientology.

Like any cancer, it consumes and kills the entity which gave it life.

For there is an immutable law of the universe at play.  Exchange. It is a topic widely covered in LRH policy.

So we always make it the first condition of a group to make its own way and be prosperous on its own efforts.

The key to such prosperity is exchange.

In our case processing and training are the substances we exchange for the materials of survival.

The stark facts are these: one knows and handles administration, one produces, one exchanges OR one dies as far as this universe is concerned. That’s why you hear an Administrator who means well for the group talking about PRODUCTION and EXCHANGE.

Crime is the action of the insane or the action of attempting seizure of product without support. Example: Robbers who do not support a community seek to rob from it supporting funds. Fraud is the attempt to obtain support without furnishing a product.

Criminal exchange is nothing from the criminal for something from another.

Whether theft or threat or fraud is used, the criminal think is to get something without putting out anything. That is obvious.

In the material world the person whose exchange factor is out may think he “makes money.”

Only a government or a counterfeiter “makes money.” One has to produce something to exchange for money.

Right there the exchange factor is out.

If he gives nothing in return for what he gets the money does not belong to him.

The IAS provides no exchange. It takes without giving.  Its cheerleader, the Vampire Emperor himself, exhorts public Scientologists to give, give, give to the IAS and strokes those who give the largest amounts with a photo op where they are allowed to kiss his ring.

While they have collected hundreds of millions, every time there is a disaster in the world, they demand money in order to “activate the Volunteer Ministers” to be sent out. But even the largest mobilization of VM’s costs the IAS but a fraction of what they collect. The hundreds of millions of dollars they have collected over the years to fund relief efforts is not actually spent.

To shore up Dear Leader’s Idle Org campaign and give him something to show at events to “prove” the massive international expansion, he has directed the IAS to buy buildings for “Ideal Orgs”.  But these are not “donations” – these orgs are required to repay the funds outlaid on their behalf (effectively putting them into massive insolvency) and making a lie out of even these apparent expenditures.

Or the photo ops in Mexican prisons or children learning study tech in Africa or WTH campaigns in Venezuela or Missions opening in Tasmania or “huge” inroads in the Ukraine or, or, or. These are staged photo ops to make it appear that the IAS is spending money donated to it. They throw out a few bucks to fly a camera crew and maybe a couple of people they want to glorify with the next IAS Medal but as soon as the video crews pack up and go home to edit the video, the funding stops and so do the programs.

And then there are the international Scientology “dissemination” campaigns. A couple of hundred thousand is put into these campaigns to fund them long enough to show at an event and then they are forgotten as the next big thing is announced at the next event.

So, money is collected and nothing is delivered. If you want proof, it is easy. You don’t have to get out of your chair. Just go through the earlier editions of the Impact mag or the International Reg Events and note down all the programs the IAS has claimed to have funded. Then see if you can find anything about the massive distribution of WTH or study tech taking over a country or Criminon in every prison or Narconon being the official government rehab program (or any of the other hype).  If you can find any evidence of the massive inroads that have been claimed I will be happily surprised (because the real tragedy of this is that if the IAS would spend the hundreds of millions extorted out of people on the programs it SAYS it does, you WOULD be able to find those sort of results).

And the IAS refuses to return the funds on the basis that they were not paid in exchange for a service!!!  But were a DONATION. Exactly like the policy. Take the money for no exchange. And they say it OVERTLY!

The IRS had a big problem with the IAS because it accumulated too much money without it being spent.  In order for the IRS to grant tax exemption to the CHURCH, the church had to assure the IRS that it was NOT a requirement to be a member of the IAS to participate in any church services. Here is what the church said:

A parishioners’ participation in the religious services of Scientology is wholly separate and distinct from an auditor’s right to keep his or her certificates in force. More to the point, this right of participation is not in any way contingent on or conditioned upon a parishioner becoming or remaining a member of the IAS. We are unaware of any instance in which a church of Scientology refused to allow an individual to participate in religious services because he or she did not maintain a current IAS membership. …

You called our attention to an advertisement in issue 75 of SOURCE magazine containing statements to the effect that IAS membership is required in order for a parishioner to participate in religious services. These statements are erroneous. There is no Church policy or directive which sets forth such a requirement, nor has there ever been such a Church policy or directive.

Dear Leader knows the IRS isn’t looking any more, and that it would be difficult to get the IRS to re-engage in a dispute with the church. So, he flaunts his word (after all, he has often announced to his adoring sycophants that it was HE who got tax exemption and that it was because the IRS trusted HIM) and the law, and keeps building his pile of gold.

But, back to the real point.  Were there no IAS, the Church would have HAD to figure out how to deliver more auditing and training.  That isn’t accomplished by buying fancy buildings in industrial parks. IAS money is a substitute for money paid for delivering Scientology. As a result, Dear Leader can have crashing delivery stats over many, many years and it doesn’t matter.  He has straight up and vertical income stats!  He has used it to PR himself to the hoodwinked public and staff.  And based on his “stats” he has become “untouchable.”  Let’s not mention the stats of Auditors Made, Clears Made, WDAH or heaven forbid Refund Requests.

The IAS is preventing the Church of Scientology from being a service organization with a purpose of delivering auditing and training. The criminal exchange has corrupted the very core of the Church.

So, when you see IAS “regges” parading around like they “own” the orgs and being treated as “senior executives” and being given precedence over registrars trying to get people onto service, realize that this IS the Vulture Culture personified.

As one of LRH’s hand-picked and trained old time org ED’s once said: “No one is exempt from the laws of exchange. Including the Church of Scientology.”