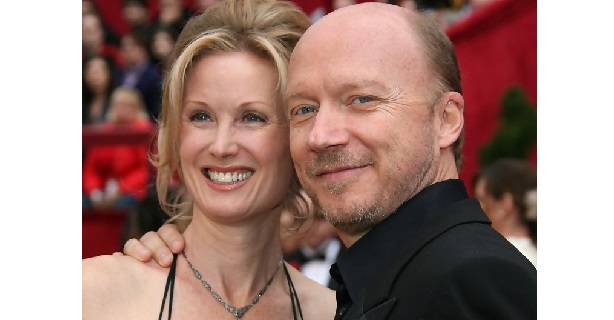 This statement from Paul Haggis’ ex-wife Deborah was published a few days ago.

Though I put it on Facebook and Twitter, I want to spread it as widely as possible as I feel what she has to say is important, and it matches what I know of Paul. He, like all of us, has his flaws. But what I do know is that he is a gentleman in every sense of the word, and a generous and kind man who spends more time caring about and trying to help others than anyone I know.

A STATEMENT FROM AN EX-WIFE

As a woman, and an ex-actress in Hollywood, I have an unwavering support for the brave women, and some men, who have come forward to speak out against sexual predators in the film business. But even great movements by brave and sincere people can be used cynically.

I am not courageous. I don’t go out of my way to stick my neck out for others or champion an underdog. That would be my ex-husband Paul Haggis. In all the years I have known, been married to, worked together with, and been Paul’s ex, I have never known anyone more generous, caring, or selfless than him. When I met Paul, some 26 years ago, his credit rating was terrible – because he had co-signed mortgages in order that six of his friends could buy homes. And to a one they had all defaulted on those loans, bankrupting Paul.

Aghast, I asked how he could have put himself in that kind of position. His response was simple, “they’re my friends and they needed it”. That is Paul in a nutshell.

When Paul left Scientology in such a bold and vocal way, I didn’t say anything. I didn’t feel comfortable speaking out or even publicly supporting him, though privately I did. But now Paul’s name is being impugned, and I find I cannot sit by in silence. I feel a responsibility to stand up for the man who always stands up for others.

In 2010, when Paul was in Haiti right after the earthquake, he discovered there was no free high school for the children of the slums. Against all odds, he fought tirelessly to fundraise and build one. Today, four thousand of the poorest children in the western hemisphere are getting a secondary education and the chance to break out of the cycle of poverty because of him. He resigned from his charity only because of his paramount concern for this organization.

In December of 2017 Paul filed a lawsuit against a woman who had demanded a nine million dollar “settlement” in exchange for her not going public about her supposed claim. Paul would not negotiate or capitulate. Instead, he went straight to the District Attorney’s Office – who I understand did not know anything about this woman’s story – and insisted that they question him in detail. He also filed a suit against the woman for emotional distress. In doing so, Paul was the one who brought this woman’s accusations out publicly- not the woman, who was demanding millions of dollars in hush money.

Paul has also categorically denied these new anonymous accusations of violent behavior. I don’t know the women who are making these allegations against Paul; because they are anonymous. How is it even possible, in America in the year 2018, that someone can destroy another’s reputation and not even have to give their name?

I know Paul. And I know beyond a shadow of a doubt and in my heart that he would never have committed any violent acts against women. I know it because I know his character, and I know these allegations go against the core of who he is.

But then there are also facts that back up my convictions.

At the time of the claimed incident with Ms. Breest in January of 2013, Paul had just had serious back surgery. On his doctor’s orders, he wore a surgical brace under his shirt through the recovery period. He wore it until his birthday in March and during that time had to be very careful how he stood or sat. He was no physical condition to restrain a young woman against her will. Also, the apartment in which he lives, that we used to share, has an elevator door that opens right into the apartment. All that is required to leave is simply to press the elevator button. No key is required. Ms. Breest alleges she couldn’t escape from Paul – however anyone can simply walk to the elevator door and push a button to exit, or walk to either of the fire escape doors, located in both bedrooms.

Then there is the claim by an anonymous woman that, in 1996, she was an in-house publicist working on Paul’s TV show, and that he allegedly raped her one night late in his office. In 1996 Paul and I were working together on that series. There was no in-house “publicist” working in our offices – I would know, I had the office adjacent to Paul’s. We frequently worked late, and I always stayed with Paul and we always left together. Although we were not yet married, we were living together, and together we would make the half hour drive home. Every morning. Every night.

What I know for a certainty, even in those moments as a wife or ex-wife where I was furious with him at times, is that Paul is not the type of man who would ever commit an act of violence or aggression against a woman. He has never forced me to do anything against my will; has never been violent to me, no matter the provocation. This is not a man who has a “pattern of violence against women” as is so luridly claimed.

And here is what else I know: Paul would use his dying breath defending a friend who was under attack or in need. He always stands up and fights for what is right, no matter the consequences. And if one of Paul’s friends or family members, a good acquaintance – or even a stranger – like the homeless man he had move in with him (and me!) after his first marriage ended – were ever in need, Paul would bend over backwards to help or defend them, because that’s who he is.

But who is the champion for the champion of the underdog? I simply cannot stay quiet and let a good man’s reputation be impugned. I’ve noticed lately there seems to be a shortage of good men, and I don’t happen to think we have any to spare.

Paul and I had our troubles. If we didn’t we wouldn’t have separated in late 2009, and we wouldn’t have divorced after that. He has flaws, as do we all, he is by no stretch of the imagination a perfect man. But I know Paul better than just about anyone on the planet. I have seen him in the best and worst of times, I know who he is inside and out, and I know he would never use coercion, threats, or violence to have sex with a woman.