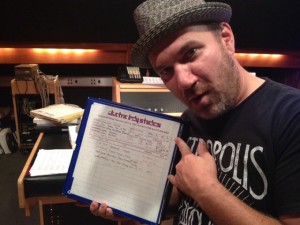 Ok, so my name is Ian Lee. Back on August 15th I wrote an article for Mike's blog. At the time I was in good standing and wanted to voice my opinions of some things that are happening within Scientology. You can and should read that article here before you continue. The specific reason I wrote it was that a friend of mine had posted a voicemail of a mutual friend of ours "disconnecting" from her. The practice which the church of Scientology denies exists. So I decided to put that assertion to a test. I was in good standing. I'm free to communicate. I'll say some stuff and see … END_OF_DOCUMENT_TOKEN_TO_BE_REPLACED 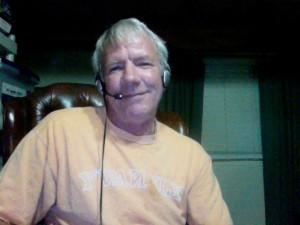 I have known Mike Eldredge since December 1975 when he and his wife Penny were the first two new recruits to arrive at Flag in Clearwater. At the time the location was still confidential and they had not been told where they were going until they were given tickets at the airport. They were excited to be at Flag, but a little disappointed as they had only come from Miami! Mike went on to become a cramming officer, auditor and C/S who worked on many projects directly for LRH. I did a few Missions with him at various times. This write up only touches upon his history and experience. Perhaps he … END_OF_DOCUMENT_TOKEN_TO_BE_REPLACED

This was submitted by one of our Special Correspondents -- Roy McGregor. I felt it worthy of its own post rather than just being a comment. I do believe there is another element not really covered here that is going to make this fail.  People are conditioned how to think in the church. They KNOW what they can and cannot say. Even in session. It is why you do not find people coming up with David Miscavige or Julian Schwartz or Charmaine Roger as their PTS Items.   Factually, being "in session" within the church of Scientology is impossible these days. There are too many taboos. And thus … END_OF_DOCUMENT_TOKEN_TO_BE_REPLACED

This is the second in a series of postings examining the subject of Scientology disconnection practices. See Disconnection -- Scientology's Nasty Secret.  Who qualifies for disconnection? The simple answer is “anyone deemed an undesirable.” It used to be true that one disconnected from Suppressive Persons if they could not be handled. And Suppressive Persons are denominated as those individuals who display the majority of characteristics of the anti-social personality. Old School Think According to “old school” Scientology thinking: As they only comprise 20% of the population and as … END_OF_DOCUMENT_TOKEN_TO_BE_REPLACED

Yes. She is wonderful. Funny. Entertaining. Informative. She is one of my favorite people.

@LeahRemini @MikeRinder - I haven’t even listened to this episode yet (waiting for my commute) but I already know it’ll be my favorite! I love Vicki!!

OK @LeahRemini taking the piss out of her mum, egged on by @MikeRinder is very fun #ScientologyFairgame

I listen to the Scientology podcast strictly to hear @LeahRemini joke around with @MikeRinder and Vice versa. We all need friends that drive us and lift us up!!