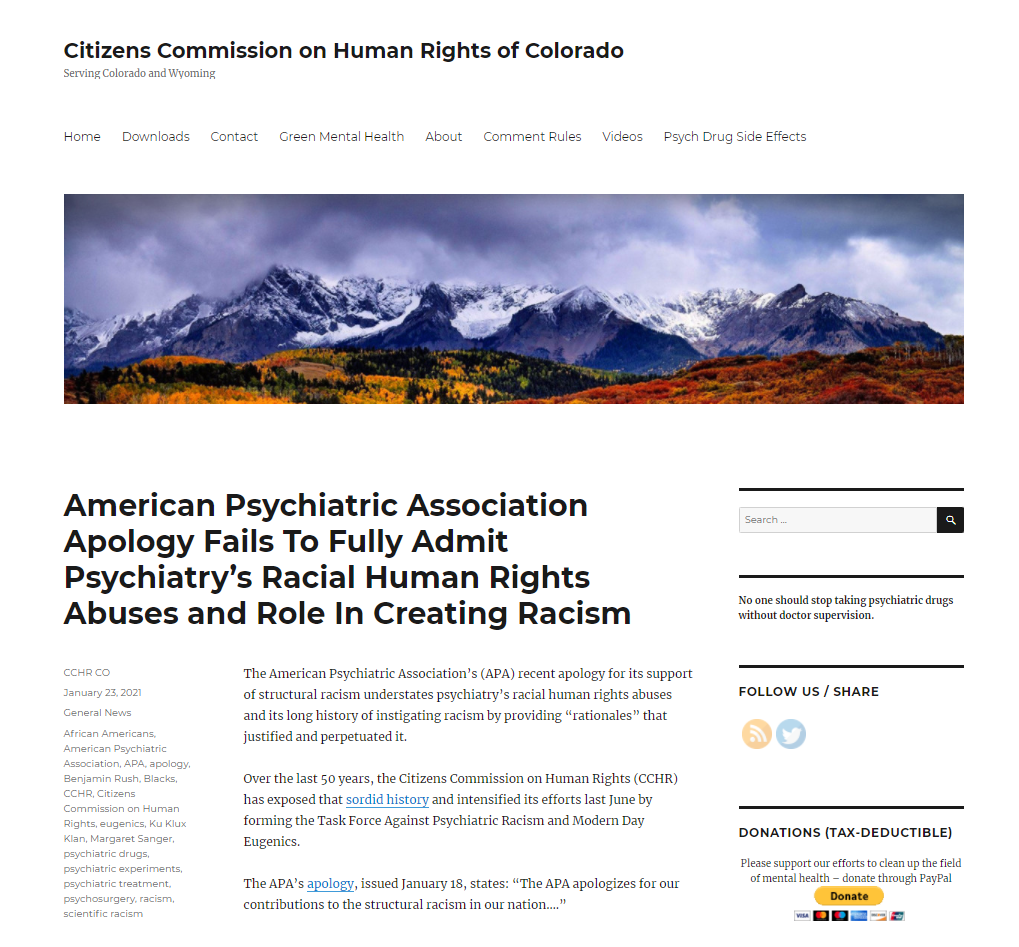 In every aspect of scientology, the hypocrisy runs VERY deep.

And here they are again. Complaining that the APA’s “recent apology for its support of structural racism understates psychiatry’s racial human rights abuses and its long history of instigating racism…”

CCHR thinks their apology is inadequate. Frankly, it seemed almost over the top to me — they are quoted as follows in the CCHR piece:

“The APA apologizes for our contributions to the structural racism in our nation….”

“These appalling past actions, as well as their harmful effects, are ingrained in the structure of psychiatric practice….”

They complain these statements are somehow not up to their expectations, yet there has never been a SINGLE apology for anything by scientology. And there never will be.

Let’s stick with the subject at hand, racism. Where is ANY apology for Hubbard’s blatantly racist statements? You can find a fairly good collection of them here: L. Ron Hubbard’s Racist Statements

Some of my personal favorites:

“The trouble with China is, there are too many chinks here.”

“India: wonderful place — except for its people.”

“This is the only way I know of to keep Australia from being deluged with Asiatic hordes.”

“The Arab is to a point where he won’t even follow a decent leader. He’s got to have a man of blood, a man of cruelty, exaggeration and bigotry. Then he’ll follow him.”