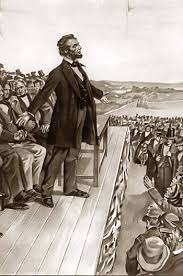 Here is the latest “WISE International” (Event Call In Unit IC), hype about the absolute VITAL importance of seeing this video of a speech given a month ago — complete with ridiculous, fawning over the magnificence of “COB.”

Obviously none of these people know the REAL story of Portland, just the Miscavige whitewashed version, and of course they forget the Crusade moved from Portland to Los Angeles and lost another massive case that WAS eventually paid to Wollersheim.  If you want to know the real story of Portland, read Marty Rathbun’s book  Memoirs of a Scientology Warrior.

I earlier wrote you that history has been made.

Now I am writing again directly as a business professional and as a Scientologist as it is important to me that you are in the loop.

A very special event just premiered at Flag last week—standing room only—and I have included statements from those who were there below.

On Saturday, 1 June 2013 will be a one-time showing of a presentation from Chairman of the Board, Religious Technology Center, covering the Battle of Portland, with key facts that even those who were there 28 years ago didn’t know!

Insurmountable odds were overcome to turn defeat into a monumental victory. And all this leading to 11 May 2013, where history was made all over again with the opening of the Portland Ideal Org!

Again, this presentation is a ONE-TIME showing, on Saturday, 1 June 2013 at your Org.

I want you there with leading WISE® members and ScientologistsTM from your area so you see this all together as a team.

See below for more.

Contact your local org now to save seats for you and your friends and your family.

Please do reply and tell me that you are coming!

And who else will be joining you!

Thank you for being a teammate.

P.S. Don’t hesitate to spread my message to anyone and everyone you feel appropriate.

“I have no words. This is the time! We are going to remember this for a long time. It is so incredible that we are this close… I’m very excited about the future that is coming.”

“Oh my god! I am so emotionally overwhelmed! It was so amazing to hear the back story on Portland and how you could tell it was near and dear to COB. It was so beyond amazing and I don’t know what else to say as I am completely speechless!”

“The ribbon is officially off the box. The present isn’t open, but the ribbon is off the box! I loved the back story of Portland—absolutely fantastic! I am still blown away and am trying to figure out what to say. It is very cool to have COB here and to talk to us and give us the whole story—I am so excited!”

“Somehow this event was so personal for me and I had such a very big win and cognition in listening to COB. What I really feel about this event makes my words sound glib. Oh my god, the professionalism and the appreciation of the team from 1985 just blew me away. It’s a privilege to be here for this briefing and I want to know more, in fact I’m hungry for it.”

“I am SO proud I am here right now at Flag. I REALLY get that the world of Scientology as we know it is about ready to change and the planet is going to be the most different place you can imagine. What COB said and what it means to Scientology and to duplicate how far we have come and how far we can go now in Scientology is mind blowing. It is validating of what I am doing now and I want to play the game even more.”

Not to be outdone, the Valley Doorknobbers took the Shermanspeak statement and regurgitated it without any changes.

I think I underestimated the power of this — Nobel Peace Prize is underselling it. This is the next GETTYSBURG ADDRESS!

It was what many called the Gettysburg, the turning point, the pivotal event of the first half century of our religion.    It was what galvanized us together and gave us the momentum to do the momentous things that followed:   expansion and more expansion!   To those of us who were there,  the single word, “Portland,” is all one needs to utter to evoke that watershed moment in our history, along with the thousand memories forever etched in that spring of 1985 that permanently transfigured us each personally and all of us as group into a force to be reckoned with .
That was 1985.   Now, twenty-eight years later, Chairman of The Board RTC,  has “opened the vault” at last with the full hitherto untold story of Portland — just how high the stakes were,  just how evil Evil can be,  just how powerful Good can be, and just how much of a win was pulled off — so much so that it inspired the famous LRH ED “Winning,” in commemoration of it.
I hope you’ll join me this coming Saturday evening, June 7th, 8 pm, on LRH Way for what I understand will be the ONLY showing of COB’s briefing on the inside story of Portland!
Let me know that you’re coming — even if you’ve already been confirmed,    This will be beyond cool.   Pass it on.
ARC,
Michael Lewis

And in the ultimate sign of respect, San Diego MOVED THEIR MASQUERADE EVENT FUNDRAISER to make way for COB!!

Now, just what IS all the fuss about?

Here we have some notes taken by a staff member from the “Staff Only” pre-showing of the ONE TIME ONLY, MOST IMPORTANT VIDEO ON EARTH “COB Portland Address”:

Miscavige was intro’d by Erin Banks as the person who had conceived and led the 85 battle of Portland and he is now here at the opening of the org.

He spoke about live and die. He said how many people were at Portland – some just children packed into a Winnebago by their parents and brought here on a trip 28 years ago – now young adults. That in 85 the government was coming for Scientology.  The GO went PTS but before government could get them they (the church) had already isolated the culprits and thrown them out.

He made quite a point of saying that the church had thrown out a lot of baddies. He mentioned RJ38.

He briefly mentioned a bunch of baddies (internal) who planned to more or less overthrow the hierarchy then grab all the money for themselves (divide it up). Also said something about bankrupting the church. “take over, corrupt the tech, then close it down.”

The talk glossed over the Portland thing. Very lightly said court case was lost. Had been lot of hassles from lots of governments around the world. There were the psychs saying religion brainwashed.  Deprogrammers filed law suits – government call the people filing these “government agents or informants” so they got immunity (this was also said to have happened with others) including “apostates” (the term was used several times).

Then the IRS entered in.

Portland was a test case.

There was a woman who did a few weeks on a comm course and she testified against the church – anybody could testify.. 11 week trial. 17 may 1985 judgement was handed down. $39 million.

Decision was made. They had wakened a sleeping giant. You had to BE a Scientologist in action. 15000 gathered opposite the court house, 28 nations.

At some point he made a strong point, inter alia, that LRH was no longer leading (managing) and then also was not there (deceased) and we survived both incidents.

The overall flow and tone was quite light (where were the strong emotional moments I had heard about?) – all just brushed lightly over – emotion conspicuous by its absence.

Scientologists (or “them” 0r the bunch who orchestrated the Portland protest) were in court doing something or other and the judge said all the anti witnesses were evil characters and the threw the case out.

No more denigration of any religion

No more denigrating of religious leaders

LRH tracked it all on TV and when they won he wrote a victory (paean?)

“Proud knowledge of accomplishment” (it was a few lines long.

OUR TIME IS NOW – full momentum (all said very quietly and calmly and pie faced).

THIS MY FRIENDS IS WHAT ALL THE HOOPLA IS ABOUT!!!

A PERSONAL VIDEO SALES PITCH FOR IDEAL ORGS FROM DEAR LEADER HIMSELF.

Ideal Org income must be down and he is single-handledly getting the stats up.