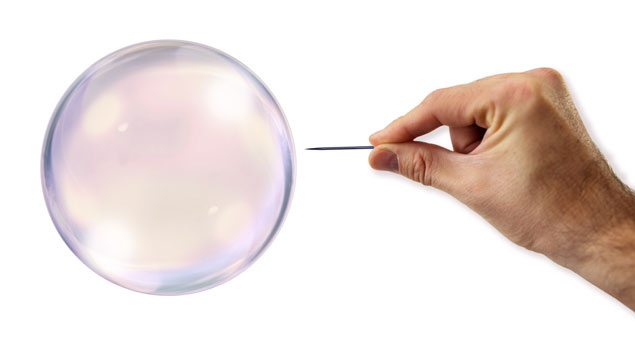 “Scientology is more than 11,000 churches, missions and groups.”

They have just increased the number from 10,000. It’s funny how they can count every single phantom individual in attendance at the mini ribbon cutting for the SP building (10,273) but can only operate to the closest thousand when it comes to their number of churches….

No doubt this new number was dictated by the master manipulator just as He did when He told Heber Jentzsch to stop saying there are 6 million Scientologists in the world and just say it’s 8 million “otherwise it looks like we are not expanding.” There was no more information, and no more basis for that statement than Miscavige’s concern that it didn’t “sound good” to continue saying 6 million. And voila — 2 million more Scientologists appeared on planet earth.

In celebration of this new announcement I am going to repeat something I did earlier.  Because I just noticed this new “11,000 churches” statement on their Twitter and Facebook pages.

I am going to compare their bold new claim with their official website.

Orgs — same old same old. They list 148 Official Churches, which should really be 142 because the list includes CC London (which is closed), three test centers, a community center and the PR Office in Belgium.

Even counting every one of these, including the test centers, as having a day and foundation org (thus counting each listed church as two) and including eight CLO’s, two Pubs Orgs, the ILO, Gold and Int — the grand total is 309.

Missions — the grand total is 343 (I am taking everything they claim on their website at face value — you can be sure a large percentage of these “missions” do not exist).

Just straight addition of the 148 listed official churches, the 13 management organizations and the 343 missions you come to 504 total Scientology organizations in the world right now. Doubling up all the listed orgs and counting each one as two still only comes to 652.

And we know that the vast majority of these “official churches” not only do not have a day and foundation, they actually don’t even qualify as a full fledged church. Nice, Lyon and Clement-Ferrand in France are barely missions.  Edmonton r and Winnipeg in Canada? They are just barely study groups.  Canberra in Australia? Harare? Polanco? Vienna? And so on. But that’s another story.

So no matter how He does His math Miscavige must be asserting there are about 10,500 Scientology groups.

So, this is where things get REALLY vague.

There are no numbers for Field Auditing groups, though I know these number WAY less than 200 world-wide (right now I would estimate that is probably closer to 50 after GAG One and Two). At various times Miscavige has stood up and proclaimed there are “thousands” of “Dianetics Groups” around the world, and shown a few pictures of some locals holding copies of DMSMH in posed shots for the camera.  But, as with everything Scientology, if there was some way of having an impressive list with every Dianetic group listed, they WOULD. They would NOT be embarrassed about listing them — they should WANT people to be able to find these groups. According to Miscavige these are the “entrance points” to the Bridge. So, if they exist at all, why can’t you find them? Let’s just say there are another 100 “Dianetics Groups.”  So, that’s 300.

Same with the “Volunteer Minister Groups” that have been touted endlessly as “the Largest and Most Effective Private Relief Force On Earth” — so why can’t you find them? Try looking at scientology.org or volunteerministers.org and see you if you can locate a “Volunteer Minister group” or even a single “VM” anywhere on the site to contact for help?  It is an extensive site with all sorts of “PR” and interactive “seminars” and “courses” and puff PR and NOTHING TO LOCATE A VOLUNTEER MINISTER TO HELP YOU. Why not? Because they do not exist….. But let’s give them the benefit of the doubt and give them 100 VM “groups”.

Then we come to the “Social Betterment Groups” that Miscavige loves to talk about as being “Our NN,”  “Our Applied Scholastics” etc UNTIL there is some flap and then they have NOTHING TO DO WITH THE CHURCH.

But for purposes of His 11,000 they are certainly included as “groups.”

So, how many of them are there?

The Narconon website lists 69 drug rehabs including regional offices. There are also 22 Narconon drug education groups worldwide listed.  So total 91 for Narconon. (I am not verifying whether these still exist or if they have been closed down for financial crimes or killing people).

Criminon list 59 groups in the “global locator” on its website. Bet you cannot find even 10 of these “groups” but we will count them all anyway. So 59 for Criminon.

Applied Scholastics lists 22 main organizations world wide. They also list six Delphi Schools, Greenfields school, twelve HELP centers, and the World Literacy Crusade. The World Literacy Crusade itself lists 23 groups. But the Applied Scholastics network of tutors, schools and study group could be expected to be extensive. And in fact they have a “locator” on their website which states that they have “over 500 groups”. It’s not possible to pull up the whole list so we will have to take their word for it. So lets give them the full 500 they claim, even though on checking a large percentage of these “groups” are in fact individual tutors. And many of those tutors long since gave up and went onto another line of work. And of course, none of them really even KNOW any study tech because they have not done the GAT II Totally As LRH Intended Real Final Totally On Source Student Hat.

The Way To Happiness Foundation website does not list its groups or even make any claim as to how many there are.   However what is very telling is the Applied Scholastics locator with its total of 500 groups world-wide, including everything from private tutors, after school educations programs and schools. Again, Miscavige has talked about “WTH groups” with a couple of stage shots of people holding the booklets. This is supposed to be spreading around the world in ever increasing numbers — but there are no groups listed anywhere so they can be found.  So, another guess. Maybe 100 if they are lucky. So, let’s call it 200.

WISE: No doubt, they will claim there are “thousands” of organizations that “use LRH admin tech” as part of WISE, though if you EVER tried to get the organizations to admit they were even associated with the church of scientology they would vehemently deny it. And if ever one of them was sued and also named a church entity, the church would also claim they had NO CONNECTION. And if you ever went into one of those business and tried to get some Dianetics or Scientology you would be looked at with blank stares. Oh sure, there are some Scientologists who own businesses that pay the extortion to WISE.  And WISE has Scientology as part of its name…. The last WISE directory I saw listed about 300 businesses. Who knows if they are up to date and who knows if they do anything other than have a copy of an OEC Volume in their office. And they are certainly not “Scientology groups” or even “Scientology affiliated groups” but its the Christmas season, so in the spirit of goodwill, let’s give them 300 Scientology-owned businesses that they claim as Scientology groups.

The Real Mathematics of Scientology Expansion

Orgs: Maximum Possible Count: 309 (counting all orgs as having both a day and foundation organization)

Very generous total 2400. Total of actual operational Scientology orgs missions and groups world wide is probably closer to 1000 if you count EVERYTHING that is more than a single person doing something part-time.

That leaves about 80% hype. Sounds about right for David Miscavige style Scientology.

What this figure really represents is someone going through all the claims made in Int Events over the years and adding up the numbers: “200 new Dianetics groups were formed in the Congo, now that’s real grassroots expansion,” “The Volunteer Ministers trained 75 people to give touch assists so there are now 75 effective, functioning VM groups in Kazhakstan,” “the children of this Amazaon village now have hope for the future thanks to an IAS grant that allowed each to be given their own copy of the WTH in Swedish and now they in turn will be effectively disseminating this technology to other children in a thousand villages up and down the Amazon.”

On this 11,000 number they so brazenly shout from the rooftops — I call bullshit.

Funny, no journalist EVER challenges the church to provide evidence of the lie they tell every single one of them. This is one of the FIRST THINGS that the church proclaims, along with opening X “new churches”in just the last year (4?) and attacking he media for “not telling the real story of Scientology — the story of its massive worldwide expansion.”

One day a real investigative journalist is going to take them up on their challenge to “tell the real story about the expansion of Scientology.” All they will need to do is be willing to watch endless videos of Miscavige cutting ribbons on empty buildings, absorb mind-numbing figures of inches of electric wiring installed and see “testimonials” from unnamed “government officials” and once done, then go and LOOK. And ask the church for their supporting documents. It would be a VERY interesting story. And its the story the church KEEPS challenging the media to write.

Anyone? I am more than willing to assist any journalist who wants to take this on.