Scientology spews out paid ads proclaiming their wondrous contributions to society, most especially to Clearwater. I see these things on Twitter and when I respond they delete my responses. So, in keeping with the time-honored solution of “doing what Ron says,” I am putting my response on my own channel of communication where it cannot be altered (or deleted). Their tweet above makes the bold claim that scientology paid $3.1 million in property and tourist taxes in 2018. And that they "generate $1 billion impact into the local economy." As for the first claim -- this may well be … END_OF_DOCUMENT_TOKEN_TO_BE_REPLACED 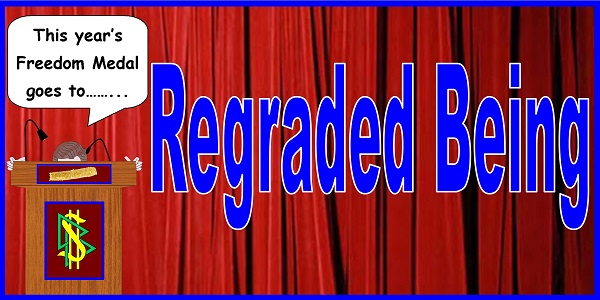 Regraded Being was given the Thanksgiving week off. So we have an oldie but goodie today. … END_OF_DOCUMENT_TOKEN_TO_BE_REPLACED

In the US today it is Thanksgiving. A time to reflect on and appreciate the good in your life. For many who read this blog it is also a time of sadness as they are reminded of the family and friends they are not sharing this Thanksgiving with due to scientology's inhumane practice of disconnection. But if you are one of those people, don't lose sight of the fact that you have been shut out of people's lives because you woke up and they have not. You found the freedom to think for yourself. To make the friends you choose. To enjoy time doing nothing without feeling guilty or being labeled … END_OF_DOCUMENT_TOKEN_TO_BE_REPLACED 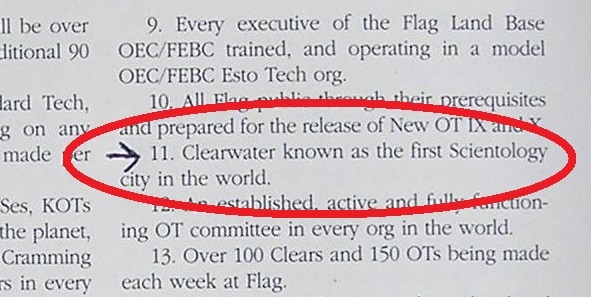 Further on the blog post from yesterday (Miscavige Schmoozing City Officials) -- some important points I omitted to mention and an update. First: Why were these 3 city officials at the meeting? As I said yesterday, Miscavige considers Bill Horne and Pam Aiken to be his buddies. But the real reason is that they are not ELECTED officials.  If there were two ELECTED officials in the room it becomes a "public meeting" subject to the Sunshine Act laws. Bill Horne and Pam Aiken are very well aware of this. They were complicit in making sure this meeting was not one that had to be … END_OF_DOCUMENT_TOKEN_TO_BE_REPLACED 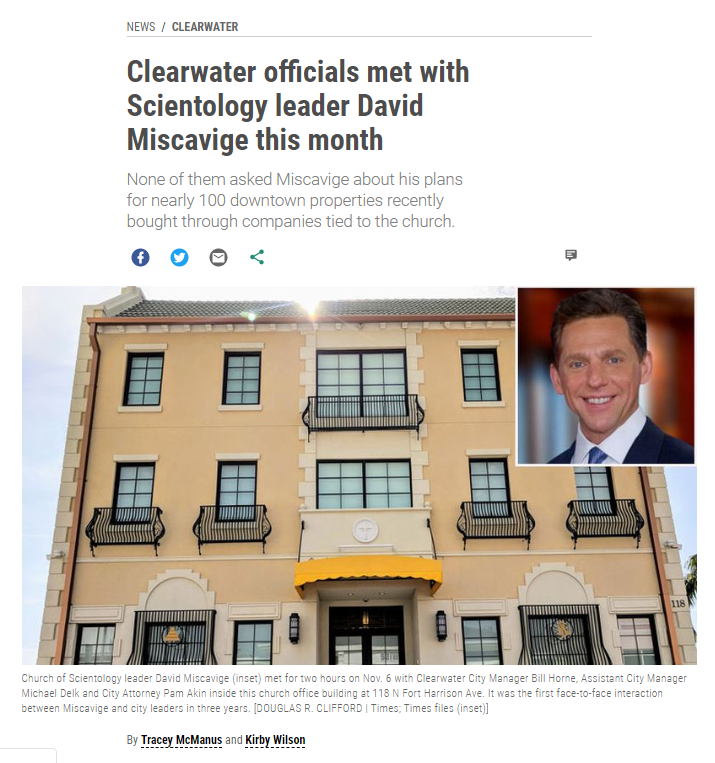 Tracey McManus is on the ball again. Reporting on the ongoing efforts of Miscavige and Co. to fulfill their plans to make Clearwater the “first scientology city”. Her latest story covers a recent meeting between scientology’s capo di tutti capi and three non-elected city officials. Miscavige has had a long term relationship with City Manager Bill Horne and City Attorney Pam Aiken. It seems they brought along Michael Delk so he could be introduced to the big cheese. Miscavige first began schmoozing Bill Horne and Pam Aiken when he was here trying to keep his ass out of a sling in the Lisa … END_OF_DOCUMENT_TOKEN_TO_BE_REPLACED 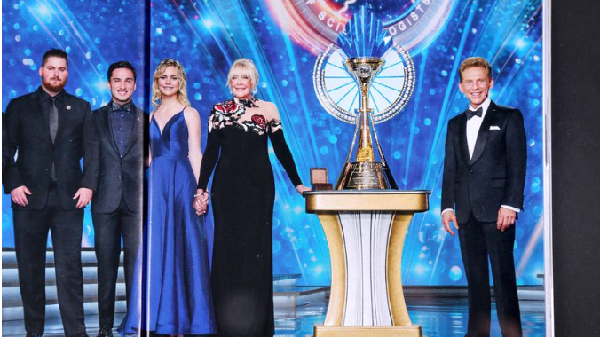 Tracey McManus broke another story concerning downtown Clearwater and scientology on Friday. It speaks volumes about why scientology has been able to proceed unchecked with its announced plan of making Clearwater the "first scientology city." The elected officials of Clearwater are so intimidated by the organization, and so lacking in understanding of how it works, they stumble along "trying to get along." They are forever being quoted saying "you have to play the hand you deal" and other explanations/excuses for being outplayed, outsmarted and outwitted by scientology. David Miscavige … END_OF_DOCUMENT_TOKEN_TO_BE_REPLACED 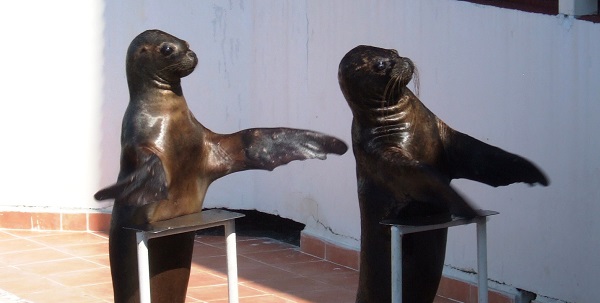 This is a lazy post today, so I can take a day off. I am simply including the latest commendation from the Flag OT Committee which lists all the active members of the Committee. The mos gung-ho clapping seals of the Tampa Bay scientology community. Scientology is trying to promote “I am a scientologist” but it’s hard to find out who they are so now their names (other than seeing them inside the magazine). Their names will now be searchable on google... If you search for CLEARWATER SCIENTOLOGISTS these names should show up. This is the email they sent out:   The following … END_OF_DOCUMENT_TOKEN_TO_BE_REPLACED 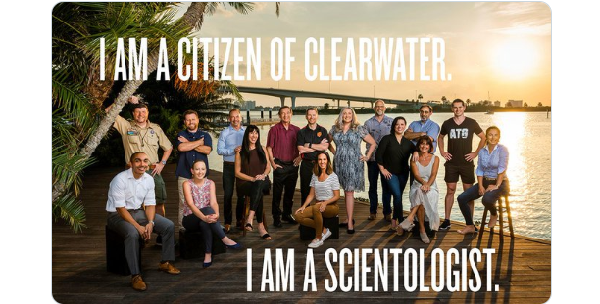 Scientology has been desperately trying to generate some goodwill in Clearwater. They are advertising on local radio for people to watch ScientologyTV (you can bet that isn't working)... They are sponsoring Tweets every day like this one. The problem is, those first two comments are only the tip of the iceberg. Here are the rest of them (haven't looked for an update since I wrote this a couple of days ago -- but I am sure things have NOT improved).   Not a SINGLE supportive reply -- and I assume they have been deleting "entheta" responses fairly … END_OF_DOCUMENT_TOKEN_TO_BE_REPLACED 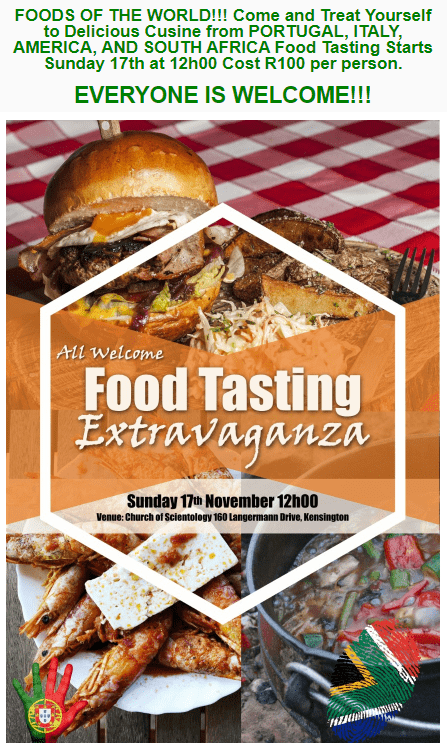 "Christmas" seminars... On how to make money. Only $50...   I doubt Kermit would appreciate this But it is so typical of scientology who threaten and sue people for using their trademarks at the drop of a hat   "Certified" Happiness Education Specialist Translation: Learn how to make a commission pushing WTH booklets   The largest private relief force on earth Swings into action again. All 2 or 3 of them... And they have to ask to get 2 or 3?   The largest in a decade... May have to swing by and take some shots. Sure it … END_OF_DOCUMENT_TOKEN_TO_BE_REPLACED