As usual, scientology "reacted" to last night's episode with smears on Cierra Westerman before the show even aired. Even for scientology -- their approach was bizarre. They did not disclaim the fact that she was hired by them to spy on former scientologists and Anonymous. Instead they called her a "Liar 4 Hire" and showed a picture of her wearing a confederate flag cap. Oh, the irony. It was scientology who HIRED her. She was not paid anything to tell her story on the show. She was THEIR operative. They put this out on the Freedom "Media Ethics Check" twitter account. This is … END_OF_DOCUMENT_TOKEN_TO_BE_REPLACED 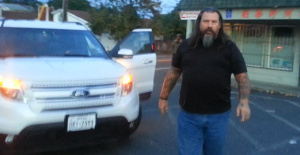 Apparently Footbullet Dave can never be satisfied with shooting himself just once or twice. He just has to keep blasting away like Yosemite Sam on steroids. A normal person would learn their lesson and not repeat the same idiocy again. But that would be the logic of mere mortals, not big beings like Dave .  He "knows" when something he has ordered blows up in his face that it was only because the constant parade of SPs he has working for him have once again deliberately  sabotaged his genius plans.  So he has them "get it right this time" and do it again. The Squirrel Busters blow up in … END_OF_DOCUMENT_TOKEN_TO_BE_REPLACED 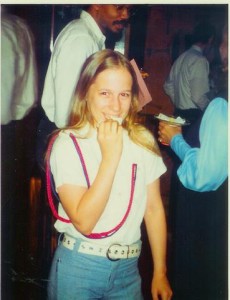 Vanity Fair just published an article about Shelly Miscavige. It presents part of the story of the Miscavige's to a wider audience -- both David's violence and ruthlessness and Shelly's efforts to curtail him only to ultimately become another of his victims. Of course, it cannot cover everything and there are some details omitted or confused. But there is a fascinating piece of the story Vanity Fair did NOT tell. And it confirms a great deal of what WAS written. It was only discovered by a strange coincidence.... I was talking with a friend about Shelly and the story being worked on … END_OF_DOCUMENT_TOKEN_TO_BE_REPLACED