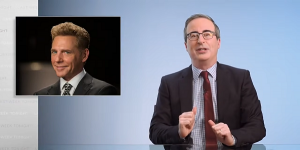 John Oliver consistently focuses his unique brand of comedy/satire/social commentary on David Miscavige and scientology. Last week he threw another barb, which you can watch below at the 2 minute mark of his opening segment.   All of last season he included "Where's Shelly" (in Spanish) in the opening montage of the show, and included numerous references to all things scientology. In season 5, he did a piece in his final episode that wrapped up his year long secret "advertising campaign" for scientology that he demanded they pay him $650,000... and then ultimately $700,000 … END_OF_DOCUMENT_TOKEN_TO_BE_REPLACED

The "Task Force" to "Save the Islands!" Seriously? Save them from what? They cannot even save themselves. Hawaii has been a small and failing org for decades. And that is being kind. They actually barely exist. That's why all the other orgs have to come to their rescue. I wonder if they realize (probably nobody in Hawaii org is OT III) that this is one of the two most important locations on earth in the Xenu story (along with "Las Palmas" which is a mistake as that is the name of a city, not a volcano or even volcanic island...). According to Hubbard's theories, there … END_OF_DOCUMENT_TOKEN_TO_BE_REPLACED 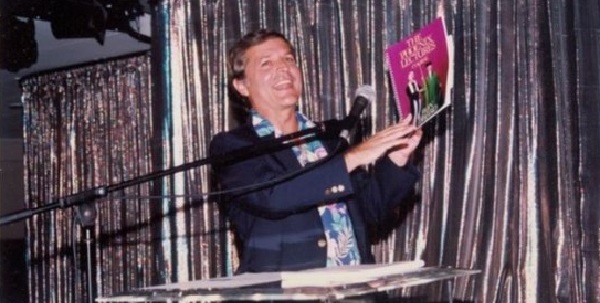 This is a rather lengthy dissertation by long term commenter George M. White, who was one of the first OT VIII completions (that is him above on the Freewinds at graduation). I am publishing it as he sent it to me. He mentioned this when I saw him at a party recently and I offered to put it on the blog. It makes reference to a document called "Student Briefing" and I have included that for your reference at the end of his piece.   Spiritualist Movements, Hypnotism, and the Natural Science Model used in the development of Scientology ©by George M. White, 2020 George M. … END_OF_DOCUMENT_TOKEN_TO_BE_REPLACED

It was an honor @MikeRinder and @LeahRemini. Thank you for helping the Mormon people awaken, heal, and grow. That’s what it’s all about. I look forward to partnering in the years ahead. @Ch_JesusChrist #lds #mormon #latterdaysaints https://twitter.com/mikerinder/status/1384488358735450112

On today's episode of #FairGamePodcast, @LeahRemini and I welcome @johndehlin, host of Mormon Stories podcast to discuss the similarities and differences between #scientology and Mormonism. It's fascinating.
https://www.mikerindersblog.org/episode-37-mormon-stories-host-dr-john-dehlin/

On today's episode of #FairGamePodcast, @LeahRemini and I welcome @johndehlin, host of Mormon Stories podcast to discuss the similarities and differences between #scientology and Mormonism. It's fascinating.
https://www.mikerindersblog.org/episode-37-mormon-stories-host-dr-john-dehlin/

@LeahRemini and @MikeRinder are str8 up SAVAGE !! They time time and receipts baby !! Please go watch this show on @netflix ! “Scientology and the aftermath” !!