I tend to check on my daughter "Taryn's" website occasionally and people send me things of note. Of course, it is her name and image that are being used, it is not "her" website. And there is no proof clearer than the fact they are now paying to advertise on this site. On her Sea Org pay she couldn't afford to buy posterboard to make a sign to hold up on Hollywood Blvd, let alone pay for advertising on a popular web page. Jezebel is a female oriented site that used to be part of the Gawker stable (Gawker was NOT friendly to scientology -- they posted the infamous Tom Cruise IAS Freedom … END_OF_DOCUMENT_TOKEN_TO_BE_REPLACED 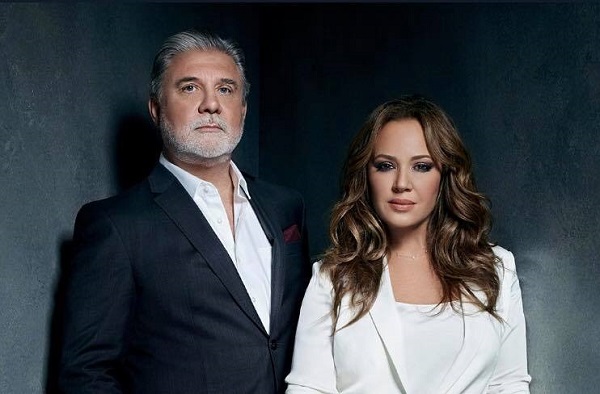 Tonight at 9pm A&E airs the final 2 hour episode of Leah Remini: Scientology and the Aftermath. I hope you can tune in, or at least record the show for later watching. Due to circumstances beyond our control, the episode was only finalized last week. A&E could not promote it or schedule a final time slot until the episode was in its final form and signed off by the powers that be. It was a difficult process that in the end, Leah and I had little to do with. A&E wanted it to air while the voting period for the Emmy's is still open (which ends on August 29) and … END_OF_DOCUMENT_TOKEN_TO_BE_REPLACED 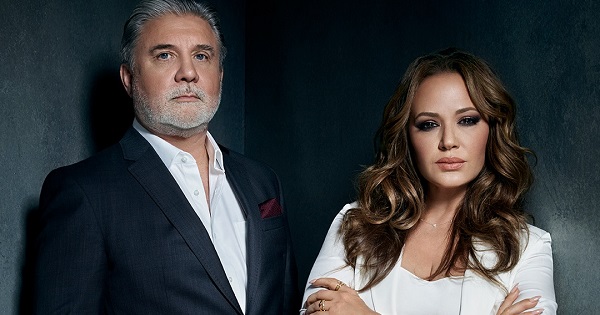 In June we shot our series finale of The Aftermath, which will air in the next couple of weeks. A&E will announce the date soon. It will be our last show on A&E. When we began this journey, we did not anticipate more than a single season. But the response was so overwhelming and we felt strongly that the people who stepped forward deserved to be heard. We were not previously aware of some of the abuses that came to light, and we felt they compelled further episodes. And of course, Scientology’s response to the series played a role too. Scientology is a formidable opponent with … END_OF_DOCUMENT_TOKEN_TO_BE_REPLACED 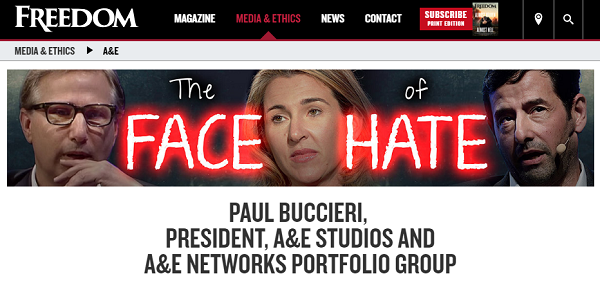 Scientology is shameless. And here is the latest proof.  A new article in "Freedom" magazine they are pushing on Twitter. More evidence they do EXACTLY what they accuse others of doing, without the slightest embarrassment. This is sociopathic behavior. Freedom attacks the President of A&E Studios because scientology has been unable to arrange a meeting with him. "the Church’s attempts to seek a meeting with A&E since March of that year, met with not so much as an answer nor was there a means of having “a meaningful conversation..."" Funny -- we have TRIED for 3 years to get … END_OF_DOCUMENT_TOKEN_TO_BE_REPLACED

There is some mystery surrounding how many people watch scientologyTV. Of course, there are no numbers available from normal audience tracking services as they are not selling ads, so they're not subscribing. It's convenient, as no doubt the numbers would be appalling. But two things make this of interest. They are spending a LOT of money to promote their "TV channel" with ads on the Super Bowl and Grammies and billboards plugging it (it is literally the ONLY thing the ad tells people to do -- visit scientology.tv). Every one of the thousands of remaining scientologist on earth are … END_OF_DOCUMENT_TOKEN_TO_BE_REPLACED 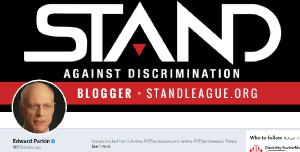 The STAAD League continues to froth and rant about the strangest things. While they try to maintain a pretense that they care about anything OTHER than scientology's right to abuse people without censure, they fail routinely. Here is their latest "cause" -- my reference to Michael Chan as Chan Man in the Thursday Funnies. Apparently a rhyming nickname calling him a "Man" is a "racial slur," "bigotry" and even "homophobic"(?) and I should not be employed by anyone associated with Disney (the parent company of A&E). I am happy to know that Michael reads the Thursday Funnies (well, … END_OF_DOCUMENT_TOKEN_TO_BE_REPLACED